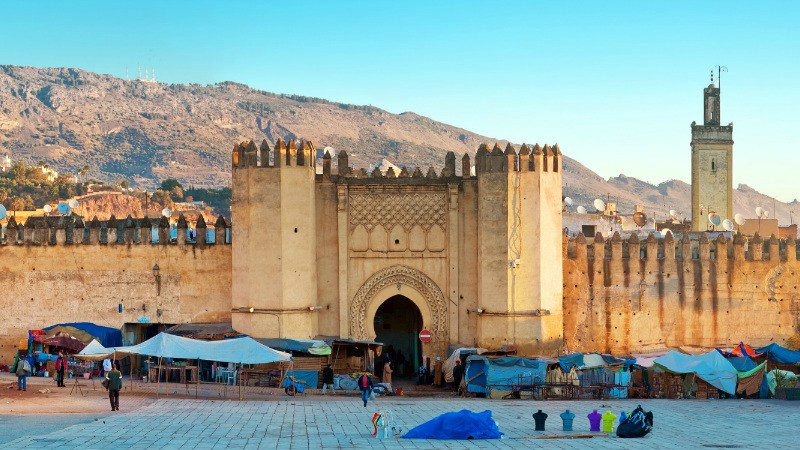 Get ready world, after Capitalism and Marxism; we have a new entry, “Sharifism”. While addressing a massive gathering at college ground-Abbottabad, ousted Prime Minister Nawaz Sharif declared, “He is an ideology”. Nawaz has been in politics for more than 30 years and had a rollercoaster of a ride with abrupt fluctuations in his fortunes at the top. But, what triggered him to say this after all this time?

Had he used this statement before Panama revelations, maybe his hard-core followers would have embraced such a statement?After all, he has been a one-man show, and his staunch supporters adored him and voted for N-league, no matter who the candidate is. Let’s explore the ideology of Nawaz, which is evident from his past endeavors.

What constitutes Sharifism, other than the alleged corruption and money laundering allegations, is explored in this article.

There has been a steady increase in development spending in the first three years of the government, but work on infrastructural and energy projects has increased dramatically in 2017.

According to government sources, PML-N has executed numerous motorways and highway projects under CPEC. Besides, according to the Economic Survey of Pakistan, NHA existing portfolio consists of 50 on-going projects. The length of the roads in Pakistan including GB and AJK is 264.401 thousand kilometers as compared to 263.755 thousand kilometers in 2013 when PML-N took over.

Besides, work on many other projects under Public Private Partnerships (PPP), and the CPEC road, which connects Khunjrab to Gwadar is also either completed or ongoing.

It reflects the dedicated efforts of the government to improve economic activity through road networks, which is praiseworthy.

The confidence in the energy sector has been rebuild under this government. The critics will most likely credit the CPEC for this change and potential betterment that could make Pakistan energy-crises free in future. For the provision of sustainable industrialization and export-led growth, producing and fulfilling energy need is of utmost importance.

Using 2/3 of the CPEC funding is committed to establishing energy and power projects according to official sources from APP, 7000 MW is added to the national grid in the last 4-years.

Some independent economists believe that unfortunately, the mistakes of the past are repeated which have brought the country back to the verge of another economic crisis.

According to the Yasir Arafat, Acting Head of Policy at the Center of Excellence at China Pakistan Economic Corridor, it is expected that 10,400 megawatts will be added to the system by April 2019. Due to the addition, scheduled load shedding has considerably reduced this year. Therefore, condemning the PML-N government outright for failing in their tenure is a false statement.

A common notion is that PML-N government is incompetent when it comes to the health sector and this certainly seems to be the case. It is evident based on lack of development and renovation of the hospitals. But, it cannot be generalized all over Punjab in particular because there have been improvements in some government hospitals.

Speaking with GVS, doctors and administrative staff in rural areas admitted that funds released for renovation improved emergency services, doctors’ availability and free medicines. Apart from this delivery is cost-free or with nominal charges especially in rural government hospitals.

Problems are not solved at large scale as overcrowding is common with long queues for the ultrasound, lengthy operation dates and doctors strike especially by young doctors has been a common theme in government hospitals.

A common notion is that PML-N government is incompetent when it comes to health sector and this certainly seems to be the case. It is evident based on lack of development and renovation of the hospitals.

Recently, the government registered over 1.38 million families under the PM’s national health program. These families are enrolled in 24 districts across the country, which would facilitate them with the indoor health care services. Such initiatives may provide the much-needed funds to the poor but, it won’t resolve the chronic-institutional issues embedded in the health sector which requires reforms of epic proportions to overhaul the whole system.

Despite this, there is the rhetoric of no clutches of IMF in the future after last the IMF-Program proved to be a farce. There is no disagreement that CPEC paved the way for new infrastructural and energy projects resulting in economic activity, which improved the GDP numbers. But, the import based consumption primarily subsidized by the export sector of the country through over-valued exchange rate created fiscal and current account imbalance.

Nevertheless, IMF, World Bank, and many reputed institutions praised growth prospects of Pakistan’s economy but warned of risks too. Some independent economists believe that unfortunately, the mistakes of the past are repeated which have brought the country back to the verge of another economic crisis. However, one of the most renowned and prolific econometrician of the world and currently, Pakistan Institute of Development Economics Vice-chancellor, Asad Zaman thinks otherwise.

He believes that soon Pakistan will achieve self-sufficiency in energy, oil imports will rise, and foreign exchange position will improve, import bill will decline (after CPEC related imports), and confidence will develop, paving the way for a prosperous Pakistan. Few economists also argue that hitting the targeted 6% growth is not realistic and it won’t be achieved unless debt-financed growth is not shunned, and more sustainable policies are not adopted to boost exports.

Sharifism may have worked in some aspects but those following this ideology must acknowledge that the massive underpasses or other physical development that can be seen, fails to uproot the underlying structural problems, institutional ineffectiveness, and failure. The inability and desire to bring institutional reforms result in recurring crises.

Sharifism fails to acknowledge that nations are built on institutions. Unless PML-N or any other government doesn’t realize this, the future remains bleak. If the first set of voters who believe in the type of accomplishments like fancy projects, will continue voting, and the change which the second type of accomplishments can bring is ignored. The ruling class will continue to impose and re-impose its next generations, as they have in the past and ‘sharifism’ will continue to flourish.

Imran Khan’s PTI ends its boycott of Parliament, but why?