Faith is simply an emotion that transcends all worldly logic and rationality. Do not try to rationalize it; just accept it as part of your soul, argues a Pakistani-American Political Scientist. 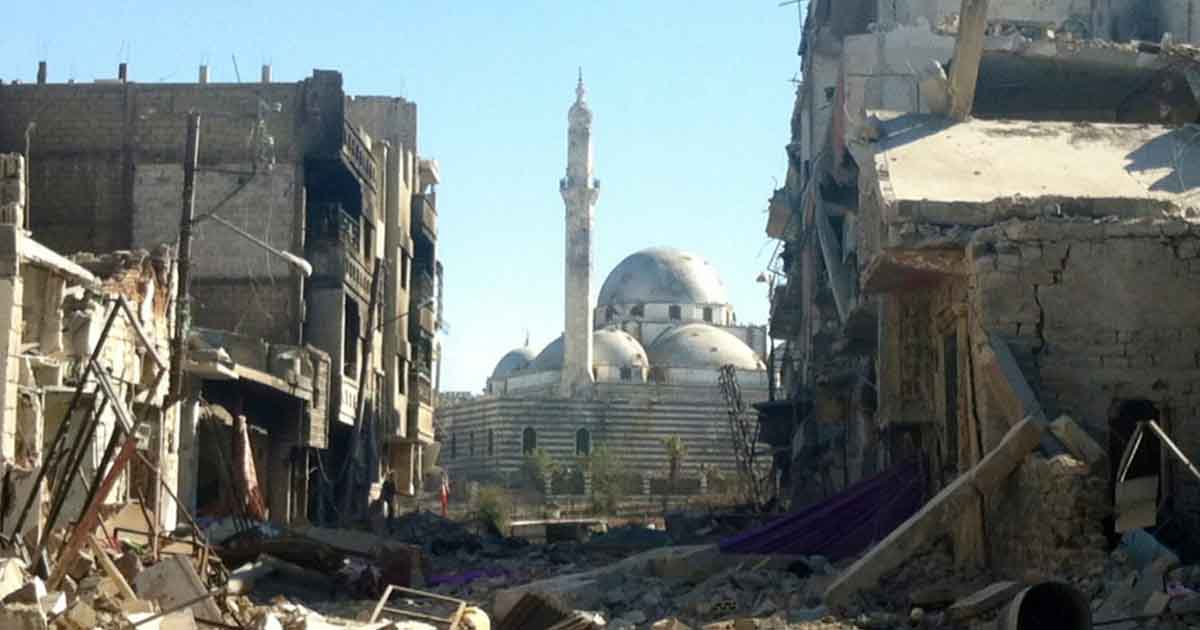 The power of religious faith to bring solace to the human heart during times of grief is unparalleled. It comforts a grieving mother whose child is battling with stage IV leukaemia; it even provides some lingering hope to children of deceased parents who wish to unite with their guardians, once again, in some other dimension following this worldly life.

But this same faith that can mend broken souls has also the ability to make its followers categorically reject empirical evidence. Perhaps the single most important way in which faith impacts human progress in the 21st century, especially in the Muslim world, is its ability to act as an obstacle to unfiltered scientific inquiry. This could not be more true when it comes to the uncontested, unequivocal, and indeed indisputable, fact of human evolution by natural selection.

Let’s take Pakistan as an example. Although high school biology textbooks in Pakistan indeed discuss evolution in detail, the truth of the matter is that in practice, evolution is taught as a “theory” rather than as fact. Outside of science classrooms, teachers themselves cast doubt on what they are instructed to teach according to the curriculum. “How stupid it is to believe that we came from chimpanzees,” is the usual remark.

Now one might respond to these evidence deniers with the following rebuttal: whether you want to believe that evolution declares chimpanzees as our ancestors is your prerogative, but do not tout that as what the theory of evolution states; the irrefutable fact is that humans and chimpanzees share a common ancestor, not that one evolved from the other. Remaining willfully ignorant and then perpetuating that ignorance is a vice, not a virtue.

During my own last three years of high school, I had the pleasure of living in Lahore, Pakistan, where I attended Lahore American School. One experience in my environmental science class still painfully resonates to this day. Our teacher, who I might add had a PhD, made the following remark before embarking on her lecture on the environment’s role in human evolution: “Although I have to teach you this today, you don’t have to believe in it, because it is not the truth.” I have yet to find out the name of her alma mater.

“You must not investigate and educate yourself”

Returning to the more important point, if it has not been made clear from the get-go, allow me to do so now: religion and science are two different domains. While the latter educates us about the cause of our existence, the former answers the “why” question; one is purely a scientific inquiry, while the other is a deeply philosophical one. But this dichotomy is not accepted in the Muslim world. Science and inquiry are deemed to be subservient to faith and dogma. This “you must not investigate and educate yourself” mentality is the antithesis of intelligent decision-making.

Read more: God or no God: Why its important to know what you really believe?

Parents and other adults in Pakistan go the extra mile to make sure the youth perceives evolution as a mere “theory,” despite the Pakistan Academy of Sciences publicly stating that evolution is an established scientific fact. But this does not keep the warriors of faith from propagating ignorance. You have all heard statements ranging from “Charles Darwins’ theory has been proven to be wrong” to “modern scientific research uses the Quran as a reference point.” It is especially this last false claim that not only spreads disinformation but also serves to embarrass young Muslims who dare to have evidence-based discussions with their more open-minded peers.

The best, albeit flawed, argument presented by Muslims who reject evolution is, “it contradicts my religious faith and beliefs.” This would be akin to a Christian saying that the correct age of the earth is approximately 6,000 years based on the interpretation of the Book of Genesis. But we all know that the actual age of the earth is approximately 4.5 billion years. In the United States, this fact has long since ceased to be a topic of serious debate.

While scientific research contradicting one’s religious faith may make one less likely to accept it, it does not, by any stretch of the imagination, make the underlying facts or data any less accurate. Although one may plausibly make the argument that the battle between science and religion creates considerable confusion to the extent that it makes him unable to pick sides, one simply cannot outright reject science as “false.” And after all, who even says you ought to pick a side between your faith and scientific inquiry?

Faith is simply an emotion that transcends all worldly logic and rationality. Do not try to rationalize it; just accept it as part of your soul. If it offers any consolation, these words from Jalaluddin Rumi still ring true today: “I belong to no religion. My religion is Love. Every heart is my temple.”

Noor F. Amin is a Pakistani-American. He has a Juris Doctor from the University of Maryland School of Law and a B.A. in Political Science. He can be reached on Twitter @noorfamin. The views expressed in this article are the author’s own and do not necessarily reflect the editorial policy of Global Village Space.

Op-ed: India has mastered the art of fifth generation warfare, time for Pakistan to wake up!

Warning signs for Africa: how Chinese investment is reshaping the region

PSL in Lahore: Ego or rationality to go ahead with the game?