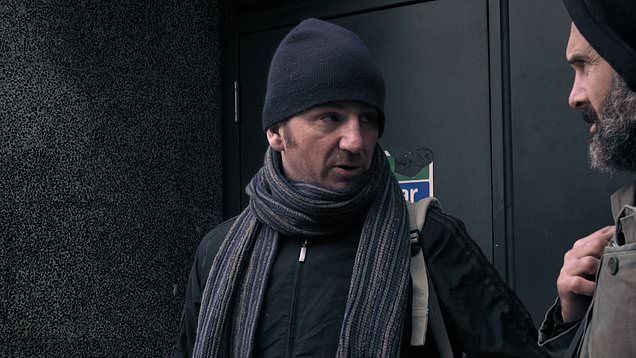 A viral video has unearthed fake beggars in the UK, where the perpetrators pose as fake Muslims. According to reports in London, a Romanian mafia has employed a group of girls and women dress in Muslim attire to pose as Muslims. This group, posing as Muslims, begs at the most crowded and popular roads in London and other parts of Britain. They become a nuisance as well as a source of maligning the reputation of Muslims.

A BBC journalist launched a sting operation against such con artists. He followed them and asked them to read the Islamic verse of Al Fatiah and receive £10/-. However, as they not actually Muslims they could not recite the verses and had to flee.  Many lauded the initiative of the journalist to expose the fake beggars and for raising the issue of tarnishing the images of Muslims in an already Islamophobic British society.

Eastern European migrants are arriving in London in “unprecedented” numbers, flooding the capital with beggars, pickpockets, and prostitutes before the Olympics, officials have warned. Organized crime gangs are believed to be transporting coach loads of Romanians into the country with instructions to work a pre-allocated “pitch”.

Some are understood to have come armed with Google Map print-outs of famous landmarks, which are then taken over by these beggars as favorite haunts for begging. The influx of Eastern Europeans was a major factor that caused the success of the Brexit phenomenon. The  stereotype of a Muslim Middle Easterner or African is used to sell an anti-immigration.

The UK has become a prime destination for professional beggars from Eastern Europe. In 2015, The Daily Mail reported how a Romanian couple Petru and Ancuta Neagu, aged 29 and 25, filled out the MoneyGram forms to transfer 800 pounds gained from begging to their home city of Lasi in eastern Romania, where their four children, aged between one and seven, live.

Organized gangs of beggars — many from Albania or Romania — have long been a problem in poorer European countries such as Italy, Portugal and Greece. There, women holding babies in their arms will follow people in the street, harass customers in restaurants, or thrust worthless trinkets into your hand, demanding money in exchange. Often they are bound up in other criminal activities, such as prostitution and drug dealing.

On the Sahara’s edge, the fight to protect children against measles