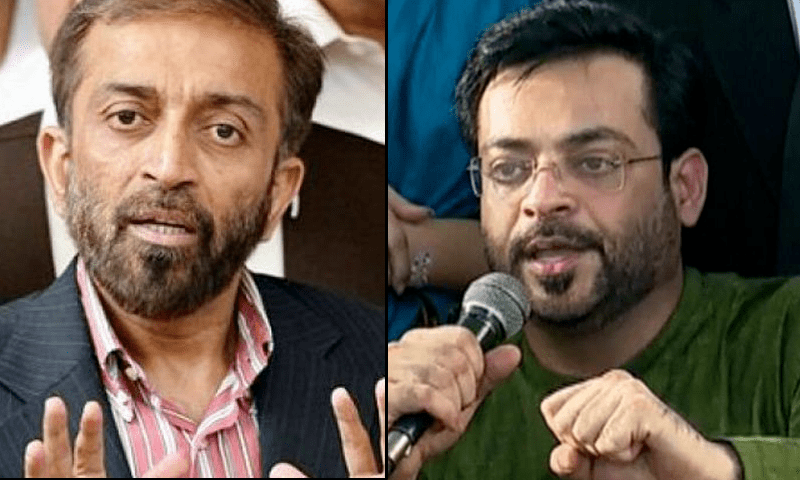 An Anti-Terror Court (ATC) in Karachi has directed police to put several prominent leaders of the Muttahida Qaumi movement (MQM) on Exit Control List (ECL). The leaders include such high profile personalities like Farooq Sattar, Khalid Maqbool and Amir Liaquat.

Earlier, apart from these leaders some 2000 activists were also declared as “escapees” by the court of law. However, the failure of Karachi police to present these leaders in front of the court has lead the court deciding to put their names on the Exit Control List (ECL).

The court notice and proceedings were initially initiated after the speech made by Altaf Hussain, the founder and ex-leader of the party, on the 22nd of August, 2016. His speech was consequently termed as offensive and credited to the repeated dialogues of hate and provocation. That speech marks a turning point in the history of MQM, after the speech most leadership of MQM inside the parliament and Sindh assembly disassociated itself from Altaf Hussain and the team around him in London.

MQM today stands split in at least three different factions. The bulk of the party inside Pakistan represented inside the federal parliament and Sindh assembly is being headed by Dr. Farooq Sattar. MQM London is now restricted to few old trusted lieutenants of Altaf Hussain, like Nadeem Nusrat heading the London secretariat. Pak Sar Zameen party founded and headed by Mustafa Kemal, ex Mayor of Karachi, can also be considered a breakaway part of the original MQM.

Similarly, the ATC-II judge had ordered earlier that the police arrest the top leaders of MQM and present them in court by the 31st of January. However, the police have been ineffective in bringing about the concerned parties and hence, the ATC-II has also requested that the additional inspector general plays his part and issues the notice yet again.

Farooq Sattar and Khawaia Izhar ul Hasan, after the August 2016 speech, had been arrested and declared as guilty of using inappropriate dialogues. They were about to make a speech after the attack on the ARY offices but the rangers party that arrived stopped them from making the speech and detained them on the charges of organizing and listening the hate speech by Altaf Hussain. However, the two leaders were released within the following 24 hours.

China science fiction blockbuster blasts off at the box office

Government to lift ban on new gas connections in Balochistan

Who, How & How much of the Nobel Prize