Pakistan has been making all possible efforts, as well as the US urging Pakistan, to get out of the gray-list. However, there are several challenges the country is facing at the moment. 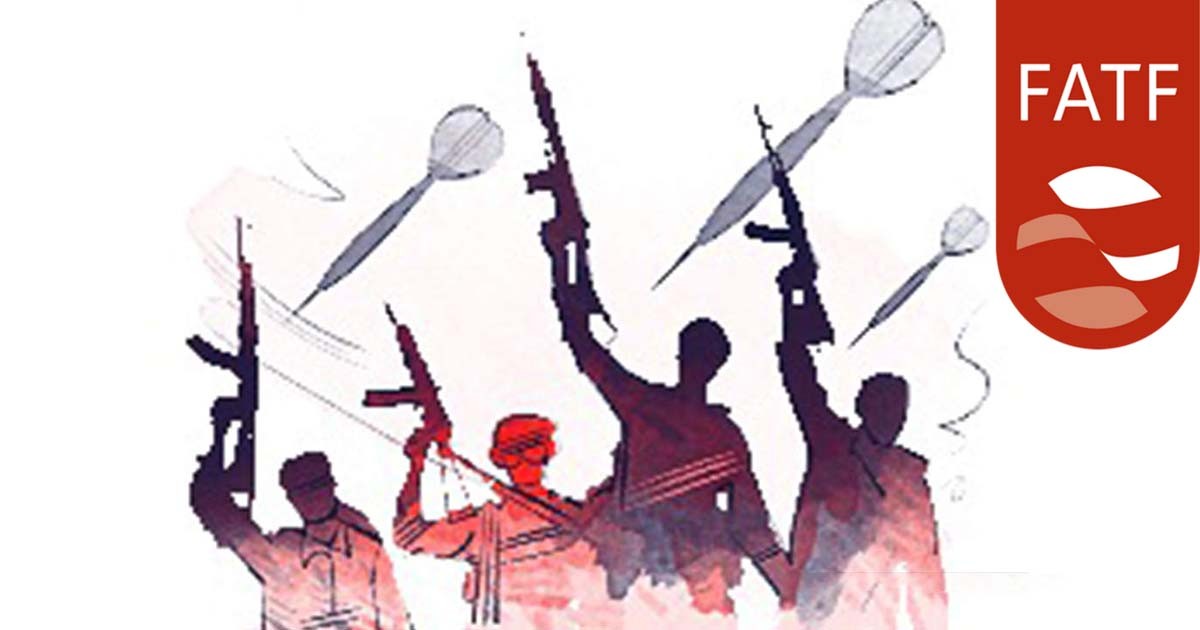 In the latest development, the United States has once again asked Pakistan to show tangible and satisfactory action against banned organizations and their leaderships to pacify more countries towards supporting its case to move out of the grey list of Financial Action Task Force (FATF).

According to details, a US delegation was in Islamabad to have an independent assessment of steps, actions and measures identified during the Florida meetings of the FATF in June this year and the progress made by Pakistan since then.

The delegation, comprising of Acting Assistant Secretary of State for the Bureau of South and Central Asian Affairs Ambassador Alice G. Wells, US Treasury officials Scott Rembrandt, Grant Vickers, David Galbraith and others, also met with Adviser to the Prime Minister on Finance and Revenue Dr. Abdul Hafeez Shaikh on Tuesday.

India has been trying to brand Pakistan as a ‘terror-sponsoring state’ and ‘state spreading terrorism’ but in Pakistan’s Foreign Minster’s words the smart and intelligent diplomacy of the Prime Minster helped Pakistan defeat India.

“The adviser briefed the visiting delegation on the measures pertaining to economic reforms being undertaken by the Government of Pakistan to ensure economic discipline, efforts being made towards the implementation of FATF Action Plan and the key challenges being faced,” said an official statement.

The FATF encouraged Pakistan on the 21st of June to complete the signed action plan in time. A plenary meeting of the FATF took place in Orlando, Florida where the progress made by Pakistan so far was also reviewed. “Pakistan was placed by FATF in its compliance document in view of an action plan agreed with Pakistan in June 2018 to strengthen its AML/CFT Regime,” the statement issued by the watchdog stated. The next meeting shall take place in October 2019 to review the same.

Interestingly, Turkey, China and Malaysia have assured Pakistan of their constant support which has confirmed that Pakistan, despite Indian efforts, cannot be blacklisted. India has been trying to brand Pakistan as a ‘terror-sponsoring state’ and ‘state spreading terrorism’ but in Pakistan’s Foreign Minster’s words the smart and intelligent diplomacy of the Prime Minster helped Pakistan defeat India.

It is believed that the government in Islamabad is serious to get out of the FATF’s gray list, therefore, it has initiated probe against the extremist elements at home. A few days back, due to Indian propaganda against Pakistan, out-going FATF head hinted at blacklisting Pakistan for not taking appropriate actions.

The government has also decided to take control over “All kinds of assets and properties of all [banned] organizations”.

As a matter of fact, Pakistani law enforcement agencies have taken more than 40 members including senior leaders of Jaish-e-Muhammad (JeM), into custody in March this year. Former Interior Minister of State Mr. Shehryar Khan Afridi also said that nobody will be allowed to challenge the writ of the state. “Crackdown against members of banned outfit is part of National Action Plan. 44 members of these have been arrested so far. Crackdown would continue against banned outfits involved in act of violence & terrorism. Pak has faced the longest war of terror & we r taking actions against it,” he tweeted on Wednesday.

Crackdown against members of banned outfit is part of National Action Plan.44 members of these has been arrested so far.Crackdown would continue against banned outfits involved in act of violence & terrorism.Pak has faced the longest war of terror & we r taking actions against it

It is important to mention here that Pakistan has announced to take action against all banned organizations operating in the country. According to details, Foreign Office (FO) Spokesperson Dr. Mohammad Faisal announced an issuance of the UNSC (Freezing and Seizure) Order, 2019, which is in accordance with the provisions of Pakistan’s UNSC Act of 1948. The government has also decided to take control over “All kinds of assets and properties of all [banned] organizations”.

Pakistan has banned many organizations like Sipah-i-Sahaba (SSP), Ahle Sunnat Wal Jamaat (ASWJ), Lashkar-e-Jhangvi (LeJ), Tehreek-e-Taliban Pakistan (TTP), Tehreek-e-Taliban Swat, Tehrik-e-Nifaz-e-Shariat-e-Mohammadi and Jamat-ul-Ahrar in the past for their involvement in extremism and promotion of terrorism in the country.