A little baby was found infected with Coronavirus just 30 after being born. In a video gone viral on social media, the father can be seen touching the glass and crying behind which his baby is looking at him innocently. Twitteratis turned out in large numbers to console the father. 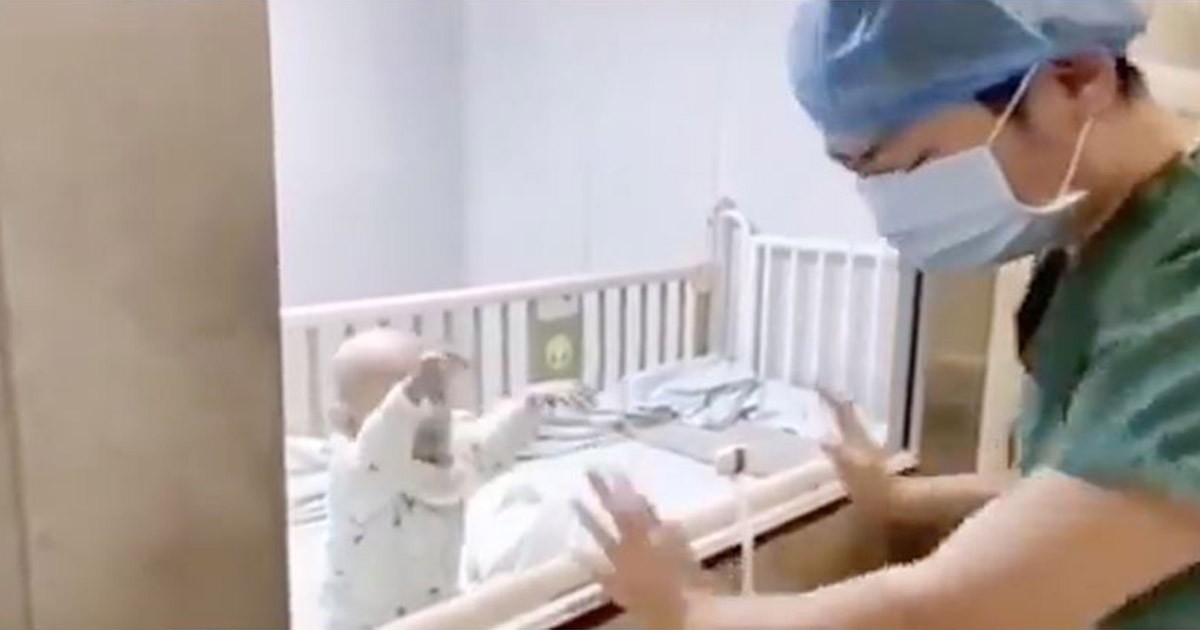 A baby in China’s epidemic-hit Wuhan city has been diagnosed with the novel coronavirus just 30 hours after being born, Chinese state media reported Wednesday.

The infant is the youngest person recorded as being infected by the virus, which has killed nearly 500 people since emerging late last year.

CCTV quoted experts as saying it may be a case of “vertical transmission”, referring to infections passed from mother to child during pregnancy, childbirth or immediately after.

The mother had tested positive for the virus before she gave birth.

The official Xinhua news agency reported Monday that a baby born last week to an infected mother had tested negative.

The disease is believed to have emerged in December in a Wuhan market that sold wild animals and spread rapidly as people traveled for the Lunar New Year holiday in January.

China’s national health commission said on Tuesday that the oldest person diagnosed with the virus is a 90-year-old and that 80 percent of reported deaths have been of patients 60 years of age and older.

Millions of people have been ordered to stay indoors as China battles to curb the spread of a new virus that authorities said Wednesday has already killed nearly 500 people.

With more than 24,000 cases in China, a growing number of cities have been imposing a range of restrictions in recent days far from central Hubei province, the epicenter of the outbreak, as authorities struggle to contain the virus.

Global concerns have risen as cases continue to spread abroad, with 10 people testing positive for the virus on a ship quarantined off the coast of Japan.

In Xi'an, Shaanxi Province, a police officer gobbled a bowl of noodles outside of his house before getting back to work on the frontline of the epidemic battle #coronavirus #pneumonia pic.twitter.com/AHynTfEyPL

There is still Time

The dramatic measures taken by China to rein in the deadly new coronavirus outbreak have prevented significant spread abroad, providing a “window of opportunity” to halt transmission, the World Health Organization said Tuesday.

“While 99 percent of cases are in China, in the rest of the world we only have 176 cases,” Tedros Adhanom Ghebreyesus said in a technical briefing to the WHO’s Executive Board in Geneva.

Tedros said the WHO had received complete case report forms for only 38 percent of the cases outside China.

“Some high-income countries are well behind in sharing this vital data with WHO. I don’t think it’s because they lack capacity,” he said.

Syed M Uzair - 26 July 2021
Syed M Uzair reviews Jamil Nasir's work. According to Syed Uzair, Mr. Jamil's book presents an excellent comparison of the different socio-political realms of different countries in the world with it. The author argues that the essence of governance lies in how state-society relations are structured and managed, and how citizens perceive the rules of the game.

The nuclear showdown 2017: Millions at the mercy of crazy Kim

“We can think about renaming CPEC” China offers India