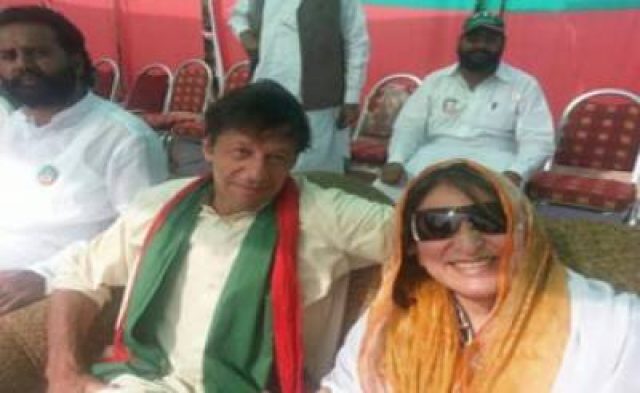 Former Tehreek-I-Insaf leader Fauzia Kasuri congratulated Imran Khan in a tweet over PTI’s victory in the 2018 General Elections. She had left Pakistan Tehreek-I-Insaf after developing differences with Imran Khan’s policies within the party.

Congratulations @ImranKhanPTI I pray that Allah will guide you to build the Naya Pakistan. as promised. Best wishes.— Fauzia Kasuri (@FauziaKasuri) July 26, 2018

In an open resignation letter to PTI’s chief Imran Khan, Kasuri stated that the party has forgotten what it initially stood up for. She expressed her disappointment in PTI for openly welcoming PMLN and PPP defectors.

Fauzia Kasuri's resignation letter dated May 24 sent to Imran Khan — says the "final nail in the coffin" was his handing the party to those electable whom party members had fought since its inception — says she's "unable to defend the party's actions" pic.twitter.com/a356nyXkag— omar r quraishi (@omar_quraishi) May 23, 2018

Pak Sarzameen Party, including Fauzia Kasuri and Mustafa Kamal, encountered a defeat in Karachi. Nevertheless, Fauzia Kasuri despite being a member of opponent party congratulated Imran Khan. She hoped that Imran Khan would remain steadfast in the pledges he has made with the nation in his first victory speech.

Fauzia Kasuri was a revered figure in the party and reconciliation efforts were made by Pakistan Tehreek-i-Insaf after she announced her decision to leave the party. She, however, turned down all the offers.

Fauzia Kasuri contested elections in Karachi from the constituency of NA-247. She represented Pak Sarzameen Party. She faced a tough competition in the constituency from independent candidates like M.Jibran Nasir, Nasrin Jalil but it was Dr. Arif Alvi from Pakistan Tehreek-I-Insaf who won the election with a heavy margin.

Fauzia Kasuri, so far, does not intend to rejoin Pakistan Tehreek-I-Insaf, neither has she planned to wave goodbye to Pak Sarzameen Party.

For Pakistani dockworkers in Dubai, wrestling is a way of life

Does Pakistan’s ISI have a ‘Dog attack’ planned against India?