Sami Ibrahim accuses Fawad Chaudhry of using abusive language directed at him, and slapping him at a wedding event in Islamabad. There were no eye witnesses and hence these accusations have not yet been substantiated. 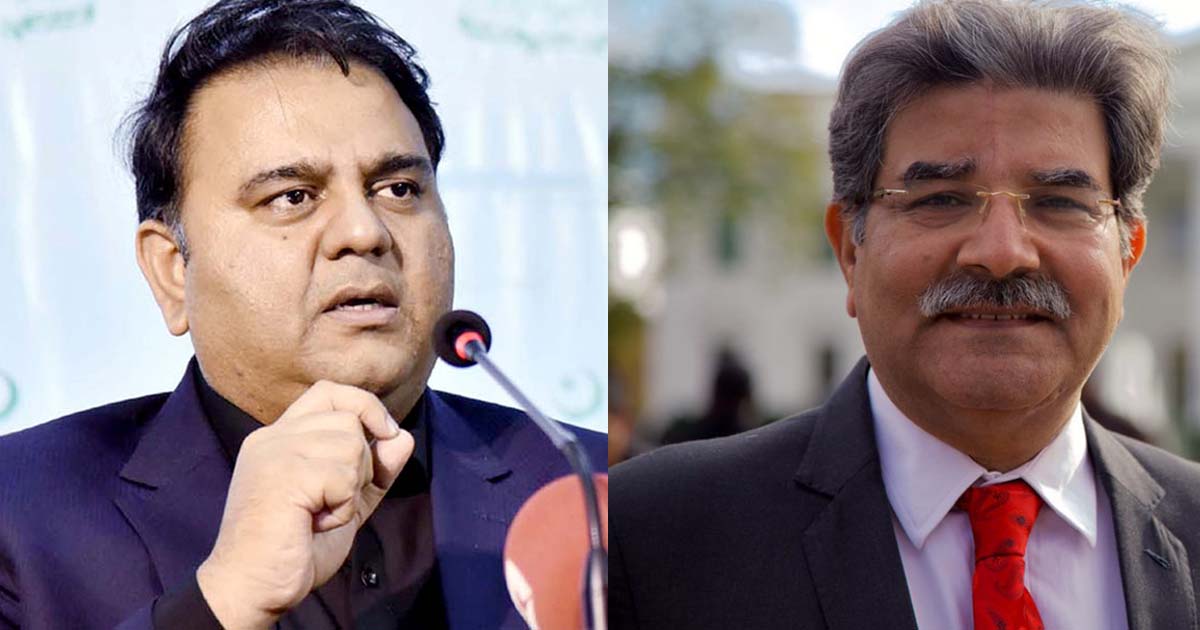 Tensions between the Federal Minister for Science and Technology Fawad Chaudhry and anchorperson Sami Ibrahim intensified after the latter accused the former of slapping him at a wedding event in Faisalabad. According to Ibrahim, the minister swore at him, slapped him and left the venue.

The incident, which seems to be an extension of the ongoing spat between the two, happened at the wedding ceremony of 92 News owner Mian Rasheed’s daughter on Friday in Faisalabad. Reportedly, the incident took place at the exit point.

According to Ibrahim, Chaudhry slapped him and then left with his guards. People present at the event, however, said that they were surprised to learn about the incident as the whole episode might have taken roughly 30 seconds or a minute at the main gate of the wedding hall.

So far, there aren’t many eyewitnesses to the incident to credit the accusation made by Ibrahim, except for his own account of the incident. He has filed an application to the Station House Officer (SHO) of Mansoorabad police station in Faisalabad.

As per the image floating on social media, Sami Ibrahim has filed an FIR of unprovoked physical assault against federal minister Fawad Chaudhry.

Fawad is such a pig, IK should tight him now. He is the perfect example of "jb uroj paty hain kaminey log*..
FIR aganist fawad by sami ibrahim. #SAMIIBRAHIM#SAMIIBRAHIM pic.twitter.com/lmYaUC0jR3

Fawad Chaudhry is being subjected to criticism from journalists and several others on social media. He, however, has refused to surrender in front of, what he calls, a ‘Yellow Journalist’, in his recent tweet.

Earlier, Chaudhry in his tweet stated that he will file a defamation case against anchorperson Sami Ibrahim and will avenge himself and defend his image for the conspiracies made against him, through a legal course. He stated that he has already initiated criminal proceedings against Sami Ibrahim.

Have initiated criminal proceedings against #PoniTail and his abbu jan for defamation another #Tidda must know I saved him in the past from many cases he is too small physically and mentally lesson ll be taught as per law— Ch Fawad Hussain (@fawadchaudhry) June 14, 2019

Earlier, in June, the anchorperson had said that few members within the PTI were hatching conspiracies against Prime Minister Imran Khan, to oust and weaken him. He alleged that Chaudhry was among that group who were conspiring against the premier.

Chaudhry, irked by the allegations, responded with an offensive tweet that drew flak from fellow journalists, civil society, and other fellow politicians. He further accused Ibrahim of blackmailing him, asking the then information minister for Rs200 million for advertisement and his channel.

Some sources have even professed how Imran Khan could consider removing Fawad Chaudhry from the federal cabinet if proven guilty.

I did not apologize to French President, clarifies Shireen Mazari