Indian Space Mission to moon failed and Twitter, especially Fawad Ch, Science and Technology Minister of Pakistan had a blast. He trolled the Indians who were bashing him about tweeting in reaction to Chandrayaan's failure 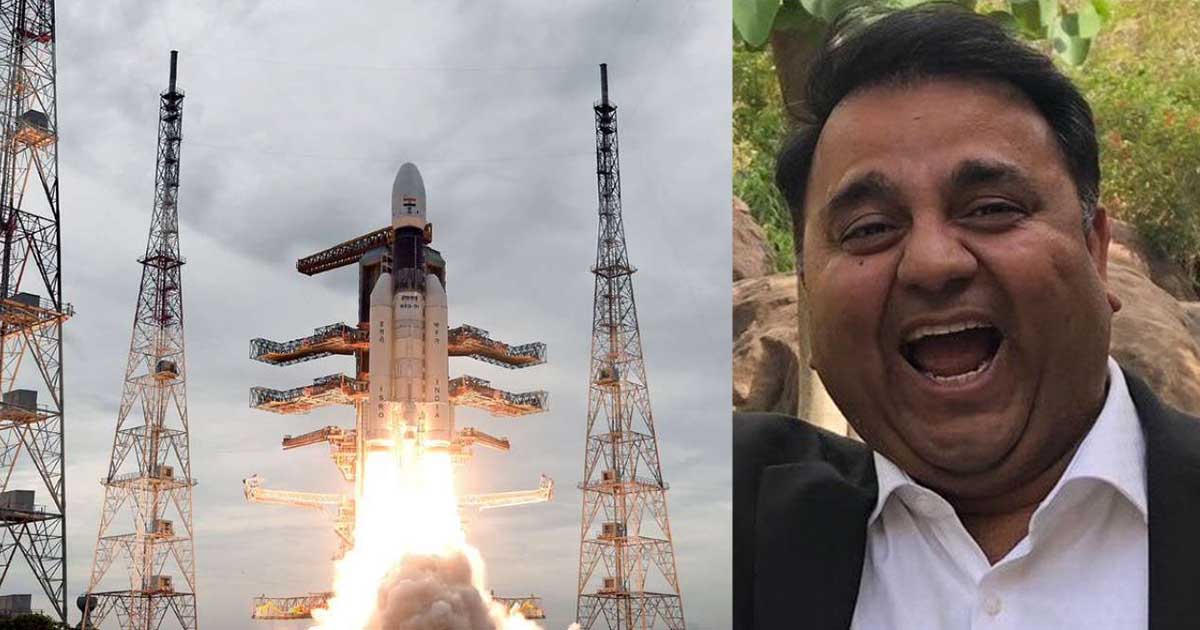 Pakistanis including the senior leadership of Pakistan Tehreek-i-Pakistan trolled India as soon as its historic mission to moon failed. India’s first attempt to soft-land robotic spacecraft Chandrayaan-2 on the moon ended in failure moments before landing.

The initial parts of the descent went smoothly. But less than two miles above the surface, the trajectory diverted from the planned path. The control room fell silent as communication from the lander was lost.

Unable to cope with the failure, Indians started bashing Pakistan’s Minister of Science and Technology Fawad Chaudhry for the failure of the Chandrayaan-2. Fawad Chaudhry clapped back at the Indian troll with an onslaught of a mockery of India’s space mission.

Dear Endia; instead of wasting money on insane missions as of Chandrayyan or sending idiots like #abhinandan for tea to across LoC concentrate on poverty within, your approach on #Kashmir ll be another Chandrayyan just price tag ll be far bigger.

Chaudhry asserted that he did not ask India’s Space Research Organisation to launch an ultra-expensive space program worth Rs900 crore. Adding that instead of wasting the hefty amount on insane projects like Chandrayaan-2 the government should focus on investing the amount on poverty alleviation and construction of toilets in India. He also adviced that India’s Lok Sabha should ask Prime Minister Narendra Modi of wasting the Rs900 crore of India’s public on a futile project.

Modi g is giving Bhashan on Sattelite communication as he is actually an astronaut and not politician, Lok Sabha shld ask him QS on wasting 900 crore Rs of a poor nation… https://t.co/48u0t6KatM

Surprised on Indian trolls reaction, they are abusing me as I was the one who failed their moon mission, bhai hum ne kaha tha 900 crore lagao in nalaiqoon per? Ab sabr kero aur sonah ki koshish kero #IndiaFailed

“SmallMen in BigOffices-endia has failed big time. They don’t ve to work on the moon-They ve to work on the Toilets 1st. Waste of huge money same as a waste of Endia’s #aggression, #killings, #Genocide & #Violence in Kashmir because Kashmiris will get FREEDOM insha’ALLAH #IndiaFailed,” wrote Faisal Javed Khan further.

SmallMen in BigOffices-endia has failed big time.They don't ve to work on the moon-They ve to work on thr Toilets 1st. Waste of huge money same as waste of Endia's #aggression, #killings, #Genocide & #Violence in Kashmir because Kashmiris will get FREEDOM insha'ALLAH #IndiaFailed

Other Pakistanis trolled Indians calling it India’s latest faux pass since the beginning of the year, following the shot down of Indian jet and the elimination from World Cup semi-final.

Indian celebrities, intellectuals, liberals are expressing their sadness over losing contact with lander but same people won’t say a word for #Kashmir which is an open air prison from last 33 days. Your deafening silence will haunt you soon. #ISRO #StandWithKashmir

The journo #PallavBagla should be immediately sacked and should apologise to #ISRO for his insane behaviour.

What won Indian hearts was the innocent smile & mature behaviour of the #ISRO scientist when he faced misbehaviour by the journo. This is what makes #ISRO special.

India was proud of abhinandan. And now they are proud of moon lamding mission haha what a loser country😁 #VikramLander

Fawad Chaudhury announces his next initiative to help Pakistanis