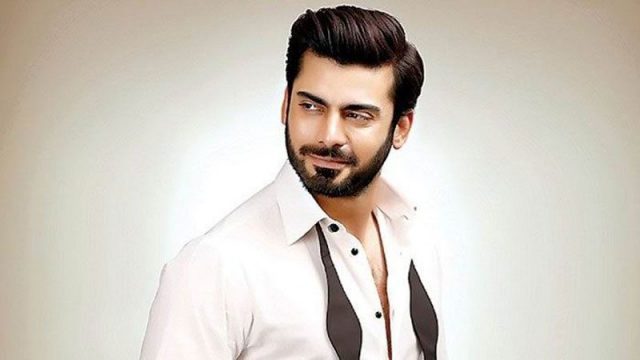 Fawad Khan is set to make his first-ever appearance in a web series as he features in a five-episode online family drama. He is currently working on his upcoming film ‘Maula Jatt 2′. The film also features Hamza Ali Abbasi, Humaima Malick, and Mahira Khan.

Fawad has a huge fan following and after exploring television and films, there are film-makers who have been approaching him for online productions. The actor himself also seems keen to work on a web series, a source revealed.

Fawad Khan has had a magnificent acting career since his debut in 2007. He started off with Shoaib Mansoor’s ‘Khuda Kay Liye’ a decade ago, from where his career took off to new heights of success.

He established his huge following through his work in drama serials like ‘Humsafar’, ‘Dastaan’ and ‘Zindagi Gulzar Hai’. His flawless work echoed across the border in India, which led him to his first Bollywood movie, a romantic comedy, ‘Khoobsurat’, alongside Sonam Kapoor in 2014.

Read more: Watch Hamza Ali Abbasi giving a shut up call to all…

Later on, he performed in movies like ‘Kapoor and Sons’ and ‘Ae Dil Hai Mushkil’. In 2015, Fawad Khan won a Filmfare Award in the category for ‘Best Debut Male’.

Recently, many onscreen actors are venturing for web series and it would be interesting to see how successful Fawad Khan will be in his first online series.

After a brief period of absence from social events, Fawad Khan appeared last night at a friendly match held between the two teams of Pakistan Super League, Islamabad United and Quetta Gladiators on February 15th, 2018.

Fans and followers were delighted to see Fawad Khan at a match, and his pictures with them started spreading on Internet immediately.

Recent pics of Fawad… I am jumping in happiness seeing these pics..
Good Night Fawadians with this new pics… Sweet Dreams of Fawad to all of you @_fawadakhan_ #FawadKhan
pic.twitter.com/2fW7Jk0AUt

People in Pakistan are eagerly waiting for the release of his movie ‘Maula Jatt 2′. His fans and followers await his comeback on TV screens. Hopefully, his new web series will be a massive hit for the actor and will be a treat for his fans in living in both India and Pakistan.

PIA in trouble again: this time over crew harassing women in UK