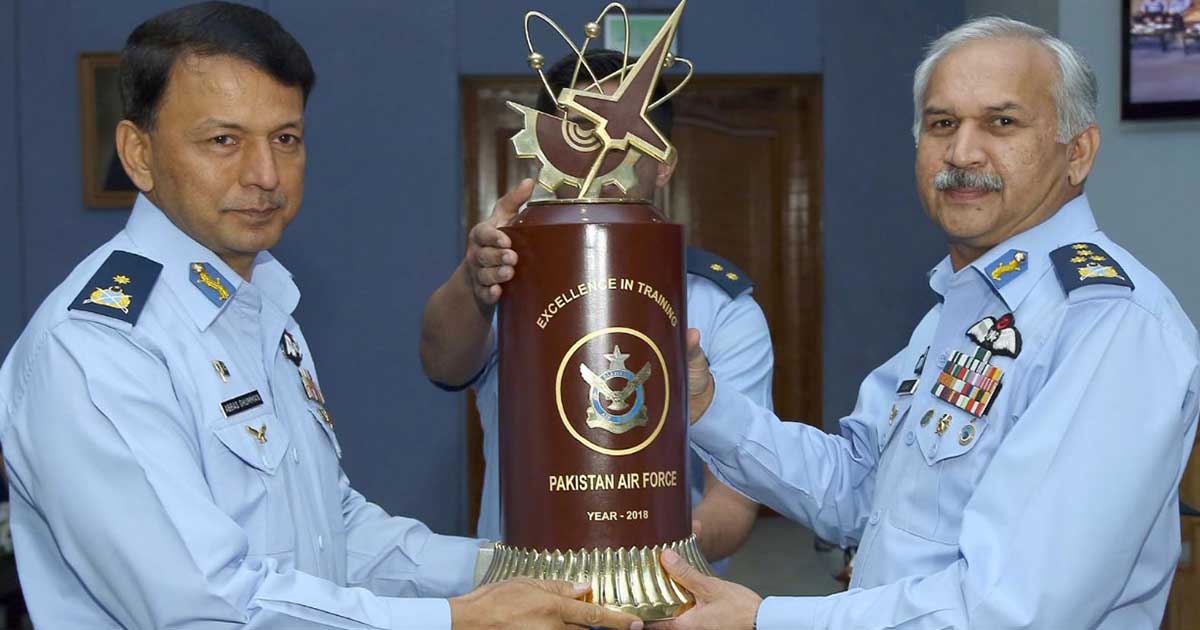 Addressing the principal staff officers, field commanders, officers and airmen, the air chief stated, “We bow our heads in complete humility and thank Almighty Allah for providing us an opportunity to come up to the expectations of our nation in giving a befitting reply to the enemy’s misadventure during the recent Indo-Pak conflict.” He said the “PAF’s swift response was the demonstration of our firm resolve, capacity, and capability in thwarting the nefarious designs of the adversary.”

February 26th and 27th are significant as Pakistan Air Force (PAF) foiled the attempts of Indian Air Force intrusion into Pakistan’s airspace from LoC Kashmir. On the night of February 26th, Indian jets violated the airspace of Pakistan but with the swift action from PAF, the Indian jets were chased off within a few seconds of the violation.

Later on Wednesday, 27th February, PAF shot down two Indian jets– as they attempted to violate Pakistan’s airspace– resulting in the death of one Indian soldier, and the capture of Indian Wing Commander Abhinandan Varthaman, who survived the crash but fell on the Pakistani side of the border. Pakistan Air Force was appreciated immensely for safeguarding the aerial space of the country from the Indian aggression.

Air Chief Marshall Mujahid Anwar further said to the audience, “I salute each one of you for showing strong commitment, perseverance, and motivation at being deployed at forwards operating basis at these tough testing times. Mujahid reiterated his resolve that in case of any misadventure by the adversary, PAF response would be even stronger than before.

Who desires peace in Afghanistan and who does not?