Emine Erdoğan, wife of Tayyip Erdogan initiated her political career as a civil society activist. She launched a campaign with the help of the education ministry. Moreover, around 300 thousand girls had been provided with education through the campaign ''Come on Girls, Let’s Go to School”. launched by her “ 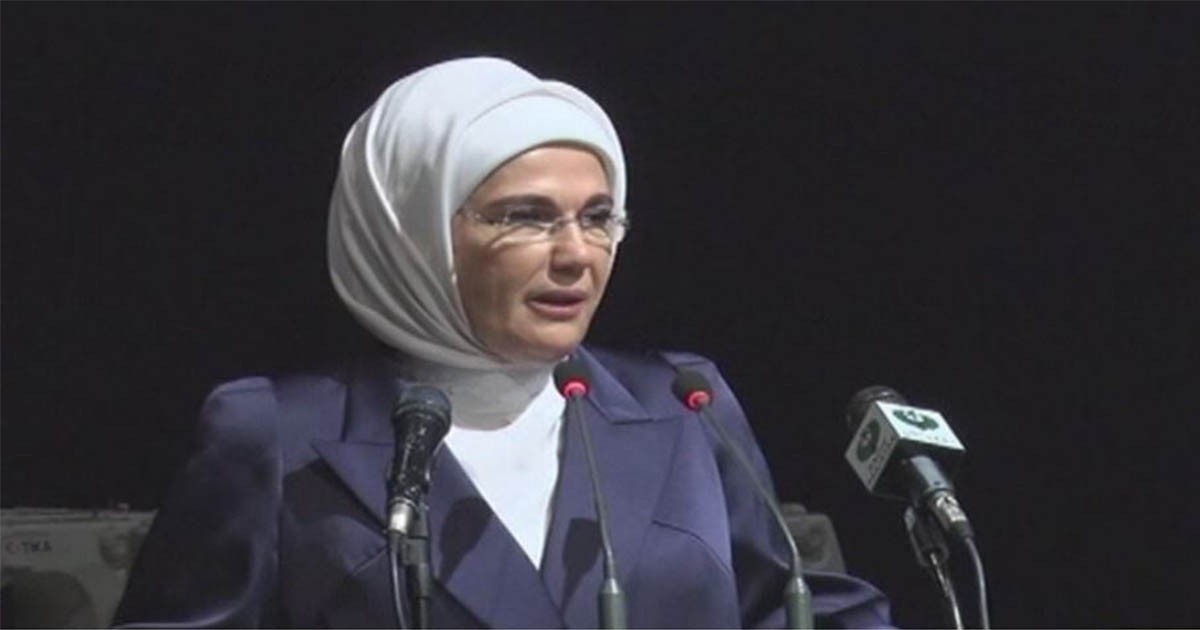 Speaking at the sewing machines distributing ceremony at Pakistan National Council of Arts (PNCA), she said that Turkey and Pakistan have always stood by each other at times of need.

Notably, the first lady donated a precious necklace given to her by Tayyip Erdogan on their marriage to raise the funds

She reiterated that no nation can develop without empowering women. adding that Turkey has always supported Pakistan in gauging social welfare projects.

”Health and prosperity are coherently related to a prosperous future for any nation. Therefore, it is important to focus on health.” She has also said that women’s empowerment in Pakistan is inevitable to make it prosperous and more plural.

After the devastating flood in 2010, the Turkish first lady visited flood-hit areas in Muzaffargarh and the Turkish government donated a state of the art hospital and a school, along with a housing colony comprising 1,274 houses for those affected by the 2010 super flood with the recommendation of Turkish first lady.

Read more: Tayyib Erdogan: A New Turkish Sultan and A Caliph in Making

In the recognition of her services, the government of Pakistan named the school by her name and the first lady inaugurated a hospital and a school at Basira Town in 2014.

The first lady has termed the Pakistan-Turkey relations as ‘illustrious’ as both nations have supported each other at the time of need.

Notably, the first lady donated a precious necklace given to her by Tayyip Erdogan on their marriage to raise funds. However, the necklace was later on auctioned by the government and it was returned to Ms. Emine Erdogan. Meanwhile, she again gave to the then prime minister of Pakistan Yousuf Raza Gillani for raising donations. She has never shrugged off helping Pakistani social welfare projects and at the time of need.

‘Don’t be a fool’: Trump’s bizarre letter to Erdogan: