An elderly 71-year-old man became the first Rohingya casualty in the camp in Cox Bazaar Bangladesh. This is a worrying time for the 'most persecuted minority in the world' as coronavirus adds to the threats to their lives. 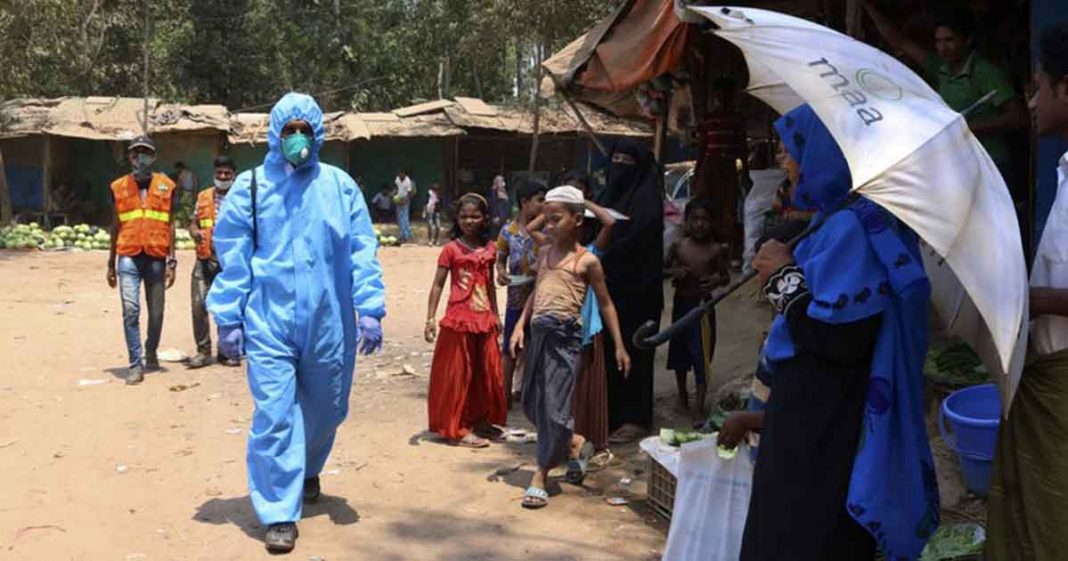 A 71-year-old man has become the first Rohingya living in vast refugee camps in Bangladesh to die from the coronavirus, an official said Tuesday. The Rohingya is a Muslim community that originates in Burma and has been the subject of ethnic cleansing by the generals in Burma. It is often cited by the United Nations as being one of the most persecuted minorities in the world.

Health experts have long warned that the deadly virus could race through the vast network of settlements housing almost a million refugees in the country’s southeast.

“He died on May 31. But last night we got the confirmation that he died of COVID-19,” said Toha Bhuiyan, a senior health official in the Cox’s Bazar district.

The fatality was in Kutupalong, the largest of the camps, which is home to roughly 600,000 people. The man was among at least 29 Rohingya to have tested positive for the virus in the camps.

Read more: Coronavirus: Will the real world please stand up for refugees?

Bhuiyan said the victim died in an isolation centre run by the medical charity Doctors Without Borders and was buried in the camp the same day.

“We are going to speak to administrators in the camp and alert people about the death,” Bhuiyan said, adding they were trying to find people the deceased had been in contact with.

Mahbubur Rahman, head of the health department in Cox’s Bazar district, told AFP officials were waiting for a full report on the death.

An elderly Rohingya refugee has become the first person to die from coronavirus in the camps in southern Bangladesh, officials said. The man, aged 71, died on May 31 while undergoing treatment at the camp's isolation center, according to @Reuters.

In early April authorities imposed a complete lockdown on the district — home to 3.4 million people including the refugees — after a number of infections were recorded.

The first cases in the camps were detected in mid-May.

Officials have since blocked roads leading to several areas of the camps where most of the infections have been recorded.

Last week about 15,000 refugees were placed in quarantine as the number of cases increased.

Bangladesh and UN authorities have prepared seven isolation centres with the capacity to treat more than 700 patients inside the camps.

Aid workers say many of the refugees know very little about the virus.

They blame this partly on local authorities cutting off access to the internet in September to combat what they said were drug traffickers and other criminals.

Read more: Rohingya: The most persecuted minority in the world

Bangladesh has also seen a sharp rise in coronavirus infections in recent weeks, with more than 60,000 cases and around 700 deaths.

Despite this the country lifted its coronavirus lockdown on Sunday, with millions heading back to work in densely populated cities and towns.

Rohingya: the most persecuted minority in the world

The largely Muslim Rohingya fled a military crackdown in Myanmar that the UN has likened to ethnic cleansing, joining some 200,000 already in Bangladesh. Only a handful have returned, fearing for their safety in a country where they are denied citizenship and treated as illegal immigrants.

More than 740,000 Rohingya fled a brutal 2017 military crackdown in Myanmar to Cox’s Bazar, where around 200,000 refugees were already living.

Ikbal Hossain, the acting police chief of the Cox’s Bazar district, said the enforced “idle and workless” lifestyle of the refugees made them “unstable”. “They are receiving all sorts of aid, but they have ample idle time as they don’t have any other work,” he said.

However, the persecution of the minority still takes place in their adopted home. Earlier, at least 13 Rohingya were shot dead in what police said were gunfights with officers while allegedly carrying thousands of the “yaba” pills. The presence of the narcotics mafia has in turn led to violence inside the camps, prompting police to increase their presence.

Crime and murder rates in the camps were higher than national statistics, according to police, which record roughly 3,000 murders annually in a country of 168 million. Police chief Hossain said some 318 criminal complaints had been filed against Rohingya since August 2017 including 31 murder cases.

But experts warned the number of murders in the Rohingya camps were far higher than the figures quoted by police. This has added to mistrust by locals.

ADB to provide $1.7 bn to Pakistan to fight against covid-19

First federal execution in 17 years carried out in US