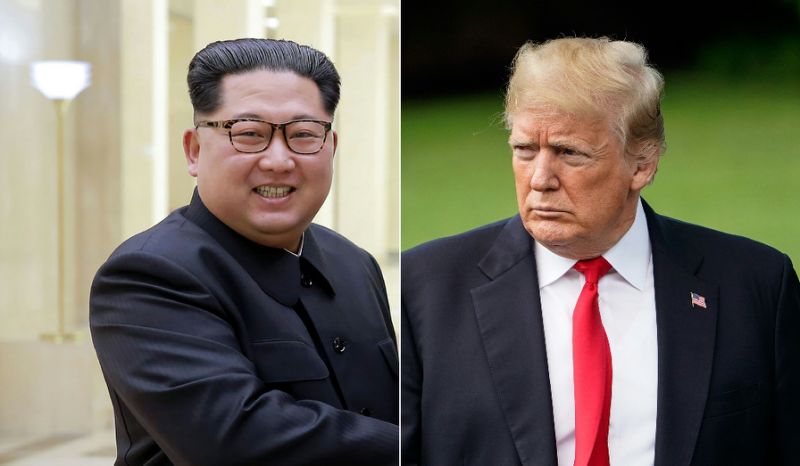 The White House said on Monday that the first meeting between President Donald Trump and North Korean leader Kim Jong Un will take place at 9:00 am (0100 GMT) in Singapore on June 12.

“We are actively preparing for the June 12th summit between the president and the North Korean leader,” spokeswoman Sarah Sanders said in announcing the timing of the meeting.

There would be no new sanctions while the talks are taking place, although the White House was at pains to say existing economic sanctions will not be removed either, said Trump.

“We feel like things are continuing to move forward, and good progress has been made.”

Sanders said that the White House “advance team” — which features military, security, technical and medical staff — were already on the ground in the Southeast Asian state. They are “finalizing preparations and will remain in place until the summit begins,” said Sanders.

Experts have voiced concern that despite Trump’s claim to be the world’s greatest dealmaker, he knows little about North Korea, arms control or international diplomacy. The on-again-off-again summit is expected to focus on US efforts to get North Korea to abandon its nuclear program.

The oppressive regime is believed to have developed a miniaturized nuclear device that could be placed on a missile that could strike the United States. Washington has called that unacceptable and demanded North Korea embark on full and verifiable denuclearization.

“I can tell you the president has been receiving daily briefings on North Korea from his national security team,” said Sanders.

With days to go before the meeting, it remains unclear whether Pyongyang is willing to take that step, or whether it is using the promise of talks as a way of easing Trump’s “maximum pressure” campaign.

Trump last week said he no longer wanted to use that term and indicated that he was willing to embark on a lengthy series of talks that would ease pressure on the regime.

“I think it’ll be a process,” he said after welcoming top official Kim Yong Chol to the White House.”It’s not — I never said it goes in one meeting. I think it’s going to be a process. But the relationships are building, and that’s a very positive thing.”

Trump also said that there would be no new sanctions while the talks are taking place, although the White House was at pains to say existing economic sanctions will not be removed either.

Mexican children take up arms in fight against drug gangs