First US airstrike against Taliban after ceasefire

The US launched its first airstrike against the Afghan Taliban since the ceasefire. The peace deal between the US and the Taliban seems to be taking a step backwards, especially with continued violence on both sides. The UNSC has also refused to lift sanctions from the Taliban. 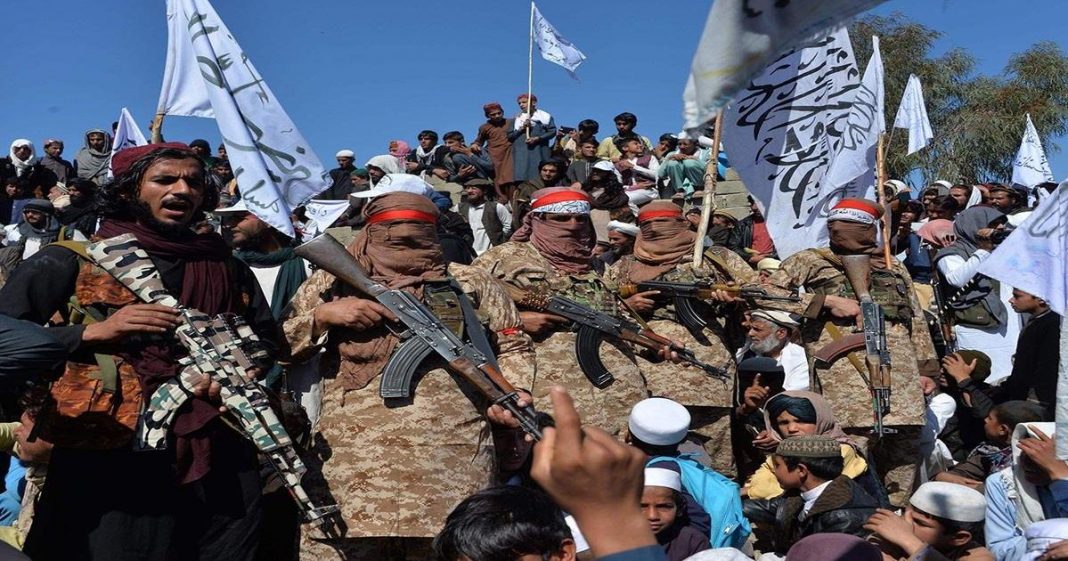 The first US airstrike against the Taliban was launched on Thursday since a rare ceasefire between the insurgents and Afghan forces ended more than a week ago, the US military said Friday.

The two assaults took place on Thursday and Friday in separate provinces in Afghanistan, US forces spokesman Sonny Leggett said on Twitter.

US airstrike against Taliban

“These were the 1st US airstrikes against (the Taliban) since the start of the Eid ceasefire,” he wrote.

“We reiterate: All sides must reduce violence to allow the peace process to take hold,” he added.

However, the US airstrike against Taliban seems to signify the opposite.

Ten members of the Afghan forces were killed on Friday in a separate attack targeting a Humvee vehicle, the Interior Ministry said, blaming the assault on the Taliban.

The Taliban announced a surprise three-day ceasefire with Afghan forces that ended on May 26 to mark the Eid al-Fitr holiday.

There has since been an overall drop in violence across the country, with the Afghan government saying it is ready to start long-delayed peace talks with the insurgents.

“Do not carry out any offensive operations against the enemy anywhere. If any action is taken against you by the enemy, defend yourself,” Taliban spokesman Zabihullah Mujahid said on Saturday.

He added that the ceasefire had been declared solely for Eid al-Fitr, which marks the end of the holy month of Ramadan.

President Ghani welcomed the announcement and said he had instructed the military to comply.

In a televised address from the presidential palace after Eid prayers, he said: “As a responsible government, we also want to take another step forward.

“I announce that the release of the Taliban prisoners will be accelerated and serious measures will be taken.”

A prisoner exchange was agreed under a US-Taliban deal signed in February, but has become a significant hurdle during peace talks. It was meant to be a step towards ending the war, but the Taliban say Afghan officials are trying to delay the release, while officials have complained the militants’ demands are unreasonable.

The US negotiator with the Taliban, Zalmay Khalilzad, left Friday for the region to discuss “the practical next steps necessary for a smooth start to intra-Afghan negotiations,” the State Department said.

He will visit Kabul as well as Qatar, where he regularly meets the Taliban, as well as Pakistan.

Washington signed a landmark deal with the Taliban in February, in which the United States pledged to withdraw all its troops in return for security guarantees in a bid to pave the way for negotiations between warring Afghan sides.

The Taliban have largely refrained from launching major attacks on Afghan cities since the deal was signed, but have continued to target Afghan forces.

Under the agreement, which excluded the Afghan government, Washington and the militants said they would refrain from attacking each other.

However, the Pentagon last month said it would continue to conduct defensive strikes against the Taliban when they attack Afghan partners.

The February deal will see all US and foreign forces quit Afghanistan by mid-2021, nearly 20 years after Washington first invade.

Thousands of US troops have already gone, with a senior US defence official last month putting the number left in the country at approximately 8,500.

UNSC decides not to lift sanctions from Taliban

On May 29, the UN Security Council had been expected to vote on lifting sanctions from the Taliban in accordance with an agreement signed between the movement and the US in Doha on Feb. 29.

But the issue will not be raised because some conditions stipulated by the deal have yet to be met, Russia’s presidential envoy for Afghanistan Zamir Kabulov said in an exclusive interview.

Read more: Sanctions on Taliban will not be lifted says UNSC

“This process is being delayed due to the unfinished exchange of prisoners between the parties to the conflict and the absence of a negotiating team from Kabul, which was not formed due to differences between [Afghan President] Ashraf Ghani and [Ghani’s political rival] Abdullah Abdullah. But even after these politicians made an agreement on May 17, the Taliban declared its non-recognition.”

Zalmay Khalilzad, the US negotiator who brokered the February 29 agreement with the Taliban, urged “support for an immediate reduction in violence, accelerated timeline for the start of intra-Afghan negotiations, and cooperation among all sides in addressing the COVID-19 pandemic in Afghanistan,” a State Department statement said.

Sanctions on Taliban will not be lifted says UNSC