The negative effects from the Covid-19 pandemic are already beginning to unravel and people are beginning to get concerned about their survival. Whether this economic team is even capable of grappling with the kind of economic challenges that face Pakistan today? 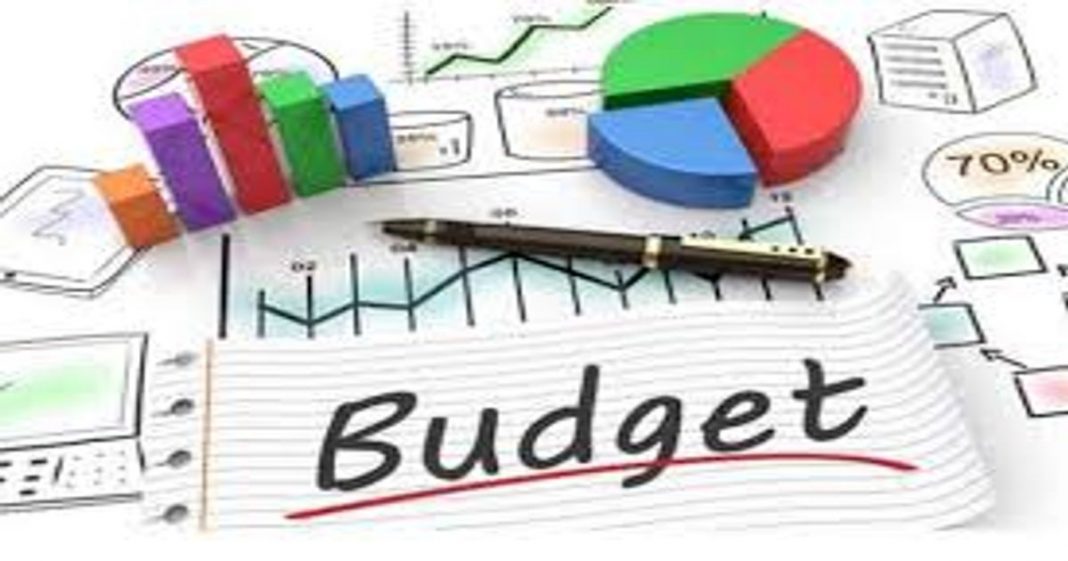 As Pakistan moves towards its Fiscal Budget 2020-21, perhaps the most difficult since its inception, ironically the national economic management per se seems to be in complete disarray. An absence of economic leadership, lack of coordination amongst various ministries, no clear cut vision or direction to take the economy forward and the sheer inability to proactively deal with looming economic issues seems to rule the roost – A game of shadows on who really is in-charge!

If one was to ask for an Organogram on the basis of which Pakistan’s economy is currently managed, one is sure the government itself would struggle to provide one. A web of ministers, advisors, special advisors, consultants, friends, tigers – you name it – who want to talk about working in tandem underneath a controlling authority, are in fact a bunch of individuals on the loose, operating in an environment of disconnect, holding portfolios non-commensurate to respective abilities, overlooking multiple posts that either bear no intra-portfolio synergies or in some cases simply victims of neglect owing to frequent changes in persons managing those portfolios, resulting in an inefficient management structure that in essence fails to clearly identify where the authority ultimately rests.

In the process no one truly feels responsible and no one is willing to take the blame in case of a mishap; be it an Air Crash, a Sugar price debacle, IPP oversights, a pest/locus attack, mishandled cum expensive borrowings/deposits, negotiating of an ill conceived front loaded IMF program that borders on coercion rather than support, the list goes on. As if this confusion and uncertainty was not bad enough, the appointments or human resource choices seem even more intriguing. Whatever happened to the lofty claims on merit, track record, finding the best experts and appointing only those personnel who have their interests aligned at home instead of abroad?

Anyway, back to the budget, where people are beginning to get concerned about what really is in store and on whether this economic team is even capable of grappling with the kind of economic challenges that face Pakistan today? The negative effects from the Covid-19 pandemic are already beginning to unravel tangibly where by now it is quite evident that growth is going to be negative (may be to the extent of –ve1.50%.)

Pakistani Rupee is once again beginning to slide, domestic consumption has slumped by almost one third resulting in reduced revenue collection by almost an identical percentage, and pressure on external account is building due to rapidly falling exports and home remittances. Just to put things in perspective, exports month-on-month in a year to year comparison fell by about 70% in the last two months and nearly 30% foreign Pakistani workers officially reported that they have lost their jobs, something which is bound to adversely affect home remittances in the coming months.

Given our young population and a high population growth rate, Pakistanis need almost 2.50 million new jobs every year, something that can only be catered to by hitting a growth rate of +7%. However, on the contrary, it appears that even by conservative estimates nearly 1.20 million jobs instead stand eroded since January 2020 to date.

So what is it that the government needs to do? While agreed that there is no magic wand to quickly turn around such an adverse situation and one understands that it may no longer be peculiar to Pakistan (but now more of a global phenomenon), still the bright side being that the solutions today are more lucid than every before as more or less everyone faces similar adversities and evolve solutions for a common platform. Meaning, everyone is using the same mantra: A conscious realization that this is the time for mere survival; to look inwards in order to protect the home industry; to ensure the companies stay liquid; governments to get rid of any extra cum unnecessary governance baggage so that it can instead concentrate on stimulus; simplify oversight to reduce operating costs for firms; to ease operational bottlenecks; and to shore up domestic manufacturing competitiveness on a global yardstick.

The idea is to ride the tide so that one can capitalize, once the global demand starts to recreate itself. Naturally, since the budget needs to reflect all these aspirations, it needs to be structured in a way that it incorporates the desired outcomes. To start with the revenue side will have to be prudently rationalized, meaning the collection target needs to be adjusted in accordance with the market shrinkage. Given that economic activity is likely to shrink by at least one third, a realistic revenue collection target for 2020-21 correspondingly should be at best 4.0 trillion rupees.

For any additional needs the government will have to resort to borrowings, as its public spending is bound to swell amidst these difficult times, having already announced a pandemic support package of PKR1.0 trillion in the coming year. More importantly though, a rupee saved is a rupee earned and this is where the prime focus of this budget should be.

How the government can create fiscal space

With CPI inflation on the decline (reported at nearly 8.50% in May 2020) the most logical thing would be to reduce the interest rate to at least 6% if not more. As the government is the largest borrower in the economy in any case, this step alone will give the national exchequer a fiscal space of around Rs1500 billion. Combine this by any savings that the government can manage by giving a long awaited haircut to its own size and the revenue outlook for Budget 2020-21 already starts to look quite promising.

An unprecedented drop in oil prices is yet another area where the government could create extra fiscal space. For example, an approximate decline of around 25% in global oil prices gives Pakistan a fiscal space of around $4 billion annually – the drop in global oil prices has been much more. However, care needs to be taken in not passing the entire benefit to the public and to instead use it wisely, i.e. not to have the advantage squandered in private consumption, but to instead use it productively on targeted export sectors to improve their global competitiveness, plus to somewhat bridge the government’s own fiscal deficit. And in it is this context that the government’s recent decisions on readjusting its ST borrowings to Kibor+0.70% and on further reducing domestic petroleum prices by another 9%, just bely any logic – Pakistani public already pays only about half of what the Bangladeshis and Indians do for petrol & allied products like kerosene and diesel!

The other major savings could come from fixing the State Owned Enterprises (SOE). Pakistan’s second largest expenditure is incurred on meeting the losses from the Public Sector Enterprises like PIA, the Pakistan Steel Mills, power sector and Pakistan Railways, with deficits collectively now close to 1.5 trillion annually. Either there should be a clear roadmap to privatize the SOEs or an innovative solution should be evolved to turn them around.

In wake of the constant political challenges to sell them, perhaps a good compromise would be to give them out on a 10-20 years management lease. A strategy that has already been previously tested in Pakistan during Zia’s time, which not only partially achieved its objectives of curtailing institutional losses, but also ultimately paved the way for disbanding institutions such as the State Cement Corporation and Ghee Corporation of Pakistan, leading ultimately to the privatization of the cement and the Ghee (edible oil) industries in Pakistan.

Private sector to work hand in hand with government

The current situation on Pakistani exports is rather precarious. In April 2020, overall exports declined by almost 70% and numbers in May 2020 are no better. Just to give an idea, within the national export base the textile sector alone lost 65% in April clocking $404 million against exports of $1,1139 million in the same month of previous year. The industry accounts for nearly 67% of national exports, 12% of GDP and 40% of industrial employment, which essentially means that this downturn in foreign exchange inflows is likely to have serious implications in the coming days, both on the trade deficit equation and on unemployment.

It is transparent that the COVID-19 pandemic is going to have a far more devastating effect on the developing economies (like ours) leaving them even more resource strained than before. So, the key for us is in this budget would be to plan on specific or pertinent sectors when configuring our stimulus basket: Measures that do not require dole outs in shape of capital from the government (since it is low on cash in any case), but instead are based more on policy making.

In this context the most obvious policy measure that immediately comes to mind are:

i) Rationalizing the coercively high Sales tax rate, which is currently crippling the markets by stifling business transaction. Pakistan’s sales tax (or value added tax) at 17% is amongst the highest not just in the region, but also globally. This if brought down to 5% along with the restoration of zero-rating in the five main national exports sectors, can go a long way in not only helping exports, but also in perhaps boosting government’s projected revenues (for 2020-21) through enhanced economic activity:

ii) Increasing the national ceiling of export refinance available to the exporting firms whereby all firms can enhance their post shipment limits,

iii) This enhancement will only be effective if the multiple of exports to refinance is instead dropped to 1:1 for 2020-21

iv) Reducing the interest rate on export refinance to 3%.

The path to a stable economic environment

The trouble though is that we keep reacting to issues when it is already too late, whereas, economic management is all about a proactive and a holistic approach in which the answers are one liners, but instead embedded in a gradual process of policy reforms that lend confidence to investors and the markets. And this is precisely what this upcoming budget should ensure.

To give a message that the government will endeavor to maintain a stable economic environment without any upheavals, that it will indulge in any irresponsible borrowing programs that distort the markets and crowd out the private sector, that the national currency will be defended to protect people’s wealth and to aid long-term sustainability on development and growth, provide for the much needed fair allocations on health, education and food security in order to effectively combat inequality and poverty, and last but not least, devise a transparent economic decision making structure – A Management-101 lesson – sound economic governance requires a sound management structure, something that this government desperately needs to quickly put in place for any of its efforts to bear fruit!

Dr Kamal Monnoo is a political analyst. He is honorary consul general of the Czech Republic in Punjab, Pakistan, and a member Board of Governors of Islamabad Policy Research Institute. He can be reached at: kamal.monnoo@gmail.com. The views expressed in this article are the author’s own and do not necessarily reflect the editorial policy of Global Village Space.

How many Pakistanis lost their livelihood due to COVID-19?