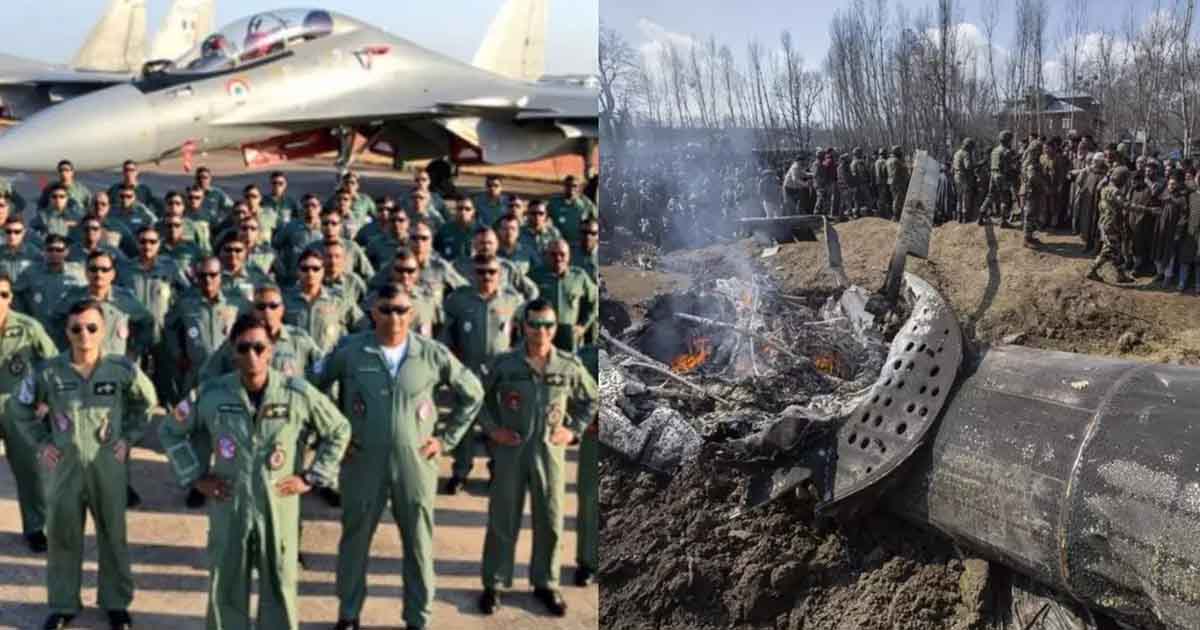 Five Indian Air Force officers have been found guilty by a court of inquiry for the shooting down of a Mi-17VF chopper over Srinagar on February 27 in which six personnel were killed.

A probe by Indian Air Force has found that Mi-17 IAF helicopter that crashed in Budgam on February 27 was hit by India’s own Spyder air defense missile system.

The officers were found to be guilty of negligence not following correct procedures. At least two senior officers could face court martial proceedings.

“Five officers including one Group Captain, two Wing commanders and two Flight Lieutenants have been held blameworthy by the court of inquiry by the Air Force headed by a senior officer,” sources said.

The helicopter was hit by the missile when it was approaching the air base and was in contact with the air traffic control (ATC).

It was revealed during the probe that the officers handling air defense responsibilities at the Srinagar air base mistook the chopper returning midway from a mission as an incoming missile towards the base.

On February 27, a Mi-17 V-5 chopper of the Srinagar-based 154 Helicopter Unit crashed within 10 minutes of taking off even as a dogfight raged over 100 km away between Pakistani jets and the IAF.

Pakistan Air Force (PAF) had entered Indian air space to bomb militarily installations in retaliation of air space breach by the IAF which dropped bombs in forest near Balakot.

Abhinandan was also captured during the same dogfight, with a total of two Indian planes being destroyed.

The helicopter was hit by the missile when it was approaching the air base and was in contact with the air traffic control (ATC). Despite being in touch with the ATC it was hit by missiles as the weapon operators thought it was an unmanned aircraft.

Moreover, sources said that Integrated Air Command and Control System, had not designated the helicopter as an enemy aircraft.

The investigation report said that the “Identification of Friend or Foe (IFF)” system on-board the helicopter was switched off and there was a “vital gap” in communication and co-ordination between the ground staff and the crew of the helicopter.

The court of inquiry was also delayed to some extent as the black box of the chopper was stolen by the villagers in Budgam where some of the hostile elements had also reportedly pelted stones at military vehicles after the crash.

Bad days for Modi: Rafale scandal sets to sink him after Pakistani humiliation

Over 60% of ‘Made In India’ IAF Tejas Grounded