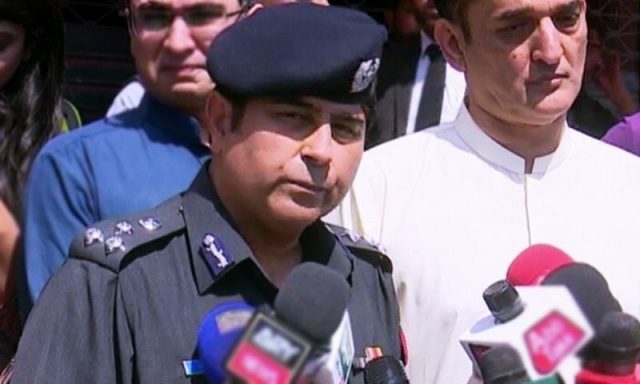 Five children of the same family passed away in Karachi on Friday 22nd February after allegedly eating contaminated food, local press reported. According to Superintendent of Police (SP) Gulshan Tahir Noorani, the siblings, ranging between the ages of 1.5 years and 10-years-old, and their parents had consumed food from a restaurant Naubahar in the Saddar area.

All five siblings died today, while their mother is under intensive care, the police official told the press, adding that further action would be taken after recording her statement. DIG South Sharjeel Kharal briefed that according to the father, the family had consumed food from the said restaurant after which his wife and children fell ill. They were rushed to a private hospital where the children expired. Their mother remains under treatment.

The food authority told the chief minister that it has secured food samples from both the restaurants as well as the room that the family was staying in. The samples are being sent for testing, it added.

The father said that his family had also had lunch at a friend’s home in Baluchistan’s Khuzdar area earlier in the day, before consuming chips and juice in Hub. The family hails from Quetta. Police said they would attempt to collect samples of all the food that the family had consumed on their route from Quetta to Karachi.

Karachi police Chief Dr. Amir Ahmed Shaikh took notice of the incident and instructed the DIG South to constitute an inquiry report on the investigation into the case as well as progress made so far by the police. DIG South told the media that 15 staff members of the restaurant have been arrested and “the crime scene has been secured”. A four-member team has also been formed to conduct the post-mortem examination of the deceased.

Meanwhile, Sindh Food Authority (SFA), in its report to Sindh Chief Minister Murad Ali Shah, said that the family had purchased food from the restaurant and ate it in their room at Qasr-e-Naz, a government lodge. The mother had started vomiting soon after so the husband took her to the hospital.

Upon his return to their room, the report said, he found the children and a relative unconscious. The children were pronounced dead at the hospital. The food authority told the chief minister that it has secured food samples from both the restaurants as well as the room that the family was staying in. The samples are being sent for testing, it added.

The chief minister instructed Commissioner Karachi to personally meet the affected family’s father and make their travel arrangements if they want to go back to Quetta. “I am deeply saddened by this incident, and I can feel the parents’ pain,” Shah said. “They will get justice.”

Punjab Food Authority (PFA) had made headlines the past couple of years for aggressive and indiscriminate action against unhygienic food mafia and below standard, unregulated edibles being supplied into the market.

AIG Shaikh has requested Karachiites, who had consumed food, especially biryani, from Naubahar Restaurant on February 21 (Thursday) and experienced any discomfort, to contact the police on either its Whatsapp number (0343-5142770) or its landline number (021-99225500).

The incident comes months after two minor brothers died in Karachi after consuming food from Arizona Grill, an upscale restaurant in Karachi. The incident had garnered national coverage, GVS had earlier reported. In an appalling incident, two children of age 5 and one-and-a-half died of food poisoning after they dined out at a posh restaurant in Zamzama Karachi in December 2018.

According to the details, the family had dined out at a high-end restaurant Arizona Grill in Defense Housing Authority’s Zamzama area and afterward ate candy from a shop outside Chunky Monkey amusement park located in Phase IV, DHA. Soon after eating out, the family fell sick and was shifted to a hospital where both kids died while the mother survived.

Incidents like these make a serious call for action to the various provincial food authorities set up one after the other to ensure that tragedies like these are prevented. The Sindh Food Authority has been the most dysfunctional so far, relying on equipment in Punjab to test samples in the past. Punjab Food Authority (PFA) had made headlines the past couple of years for aggressive and indiscriminate action against unhygienic food mafia and below standard, unregulated edibles being supplied into the market.

Chinese Vs Japanese in Pakistan: Will the Chinese topple Mehran after a 30-year reign?

United Bravo to launch next month, Mehran-lovers in peril