Under the pact, originally signed in 2016, the two US allies directly share military secrets. Discord between Japan, the US, and South Korea might be welcomed by China, Russia and North Korea, analysts say. 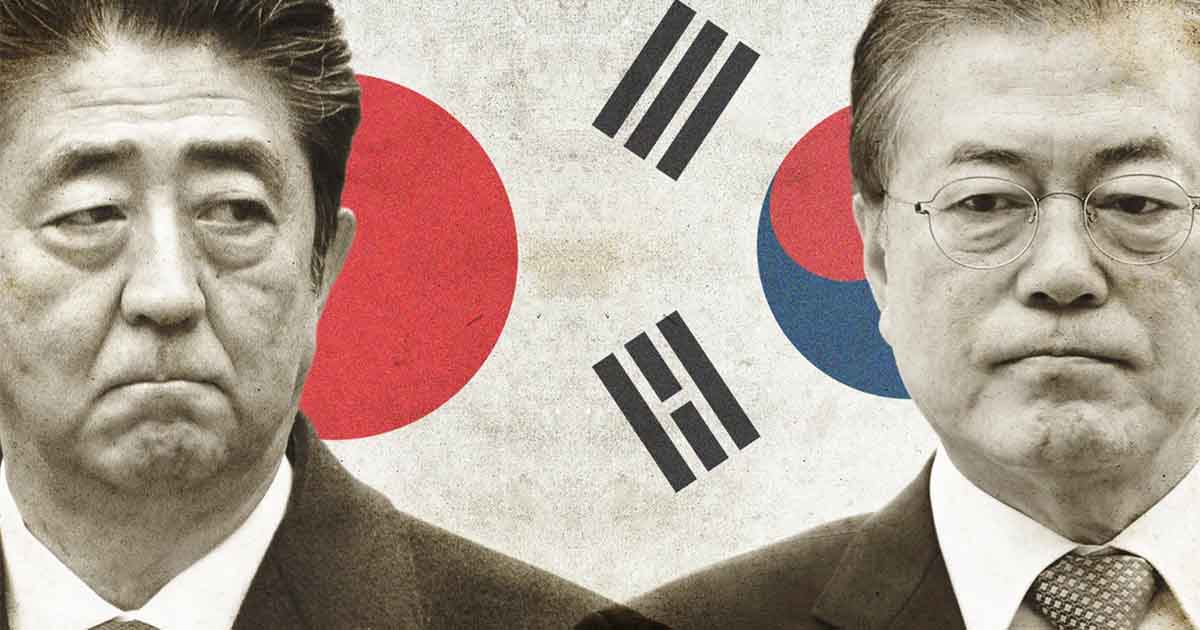 South Korea’s decision to scrap a key intelligence-sharing pact with Japan has far-reaching geopolitical implications and shows the two neighbors are still struggling to come to terms with a bloody history.

Here are five things to know about the decision:

To general surprise, South Korea announced late Thursday it would not renew a pact with Japan to share military intelligence, called the General Security of Military Information Agreement (GSOMIA).

Under the pact, originally signed in 2016, the two US allies directly share military secrets, particularly over North Korea’s nuclear and missile capacity.

Seoul said it was no longer in its national interest to continue sharing confidential information with its neighbor during a sharp deterioration in ties. Tokyo said it would “strongly” protest the move and urged South Korea to reconsider.

Read more: Five things about the North-South summit in Pyongyang

Why is it important?

Japan’s Defence Minister Takeshi Iwaya said the pact was vital for regional security, pointing in particular to the nuclear and missile threat from North Korea. “During the series of North Korean missile launches, there was a thorough and careful exchange of information between both sides,” Iwaya told reporters Friday.

South Korea’s decision to scrap a key intelligence-sharing pact with Japan has far-reaching geopolitical implications and shows the two neighbours.

Scrapping the pact would only make bilateral defense cooperation harder, he said. Without the agreement, both militaries may find it more difficult to track missile launches from the regime in Pyongyang, said Tobias Harris, an analyst at the Teneo consultancy.

Some analysts have played down the move, however, noting the United States previously coordinated the flow of sensitive information between the pair and this practice would simply resume.

What is the regional and global impact?

“Discord between Japan, the US, and South Korea might be welcomed by China, Russia and North Korea,” the paper said. “They might seize the opportunity and drive further wedges” between the three allies.

Harris said the move was “also a blow to the United States, which has looked to its allies to help shore up its position in a rapidly changing Asia.”

“The widening rift not only could complicate efforts to respond to North Korea if the diplomatic process breaks down… but could also hinder future efforts to strengthen coordination between the US and other democracies in the region,” Harris said.

It is a “significant step in the deterioration of South Korea’s relationship with Japan” and indicates a “broad shift” in how the two countries see their regional role, added the analyst.

How did it come to this?

Bitter memories of Japan’s brutal colonialisation of Korea between 1910 and 1945 have long cast a dark cloud over bilateral relations. Japan says a 1965 treaty that normalised relations with a significant financial contribution effectively settled all reparation claims.

In past months, a string of South Korean court rulings ordering Japanese firms to compensate forced labour victims has infuriated Japan. And bilateral ties went into tailspin in July after Tokyo said Seoul was not properly handling sensitive imports and took the country off a list of nations that enjoyed streamlined export control procedures.

This enraged South Korea, which hit back with similar moves targeting Japan, before cancelling the intelligence-sharing pact.

Bilateral ties are unlikely to come out of the deep freeze in the near future, said Harris, bracing for “reduced levels of trade, investment, and tourism, and enduring mistrust over history, national security, and territorial issues.”

Anti-Japan sentiment continues to grow in South Korea, with protests and boycotts of Japanese goods and Japanese Prime Minister Shinzo Abe may come under domestic pressure to retaliate.

The US appeared to be taken by surprise, with Secretary of State Mike Pompeo using the unusually strong term “disappointed,” noted Choi Kang, vice-president of the Asan Institute of Policy Studies, a private think tank in Seoul.

“But there is also the sentiment that the Trump administration didn’t do enough as a mediator to help the two sides find a middle ground,” said Choi. “The US can propose three-way talks in seeking to find a compromise but it will be a long time,” added the analyst.

Nuclear South Asia at 20: The strategic impacts of the 1998 Nuclear Tests

Donald Trump offended for cutting his scenes from Home Alone 2