Amidst the havoc caused by the coronavirus all over the world, people are in a state of unwanted depression and are desperate to know the exact nature of this disease. Some myths have been attached with this virus and this study tries to clarify these myths by substantiating their irrelevancy. 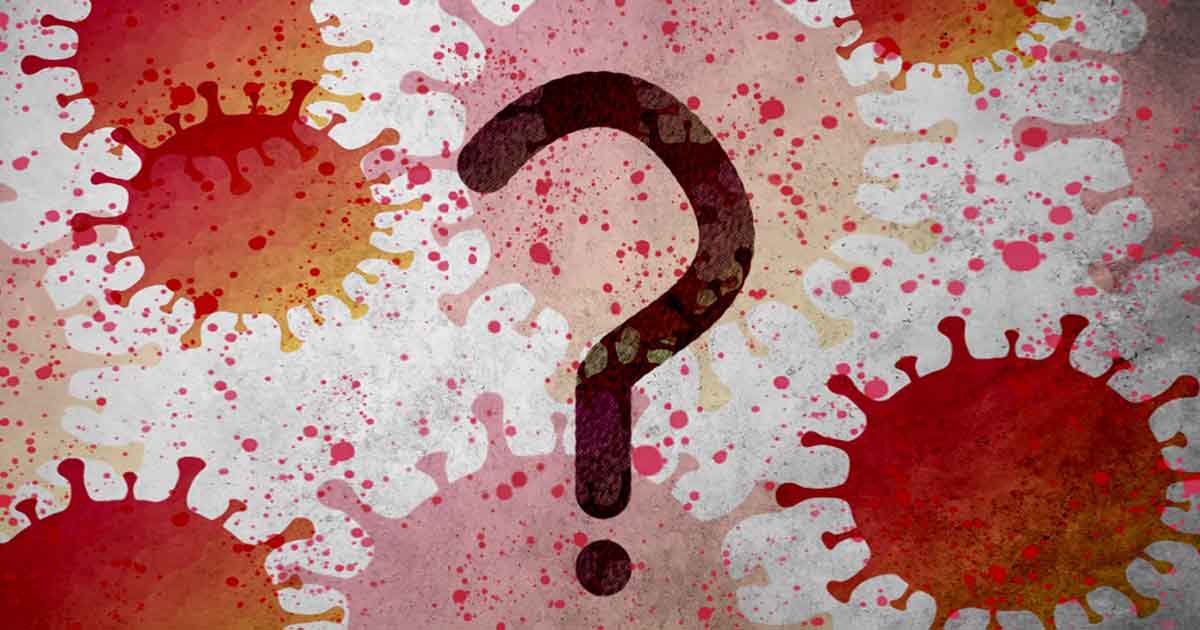 Despite extensive study by doctors and scientists across the world since the new coronavirus first appeared in China three months ago, much about the scourge is still unclear.

Here are five key questions that remain unanswered about the virus officially known as SARS-CoV-2 that leads to COVID-19.

Why is it serious for only some?

One of the biggest mysteries is why the virus produces few or no symptoms in around 80 percent of people, according to the World Health Organization, yet in others it can lead to fatal pneumonia.

“Findings from February indicated that the clinical spectrum of this disease can be very heterogeneous,” said Professor Leo Poon from the School of Public Health at Hong Kong University.

During the peak of the epidemic in China, he and a team from the University of Nanchang compared those with mild and severe forms of the illness.

Six coronavirus (#COVID19) research projects, including two focused on vaccination trials, will be the first to benefit from £20 million in government funding.

The UK is leading the scientific and medical response to the coronavirus outbreak.

Their study, published in the British journal The Lancet, found that those hardest hit were  “significantly older” and that the concentration of the virus in the nose and throat was around 60 times higher than those lightly affected.

The question remains whether this result can be explained by the subjects’ less reactive immune systems because of their age or whether they were simply more exposed to the virus.

Research on the measles virus has shown that the gravity of the illness is related to the level of exposure. Experts do not yet know whether this is the same for COVID-19.

Does it hang in the air?

Coronavirus is known to spread through physical contact and through droplets dispersed when an infected person coughs or sneezes.

But can it also hang in the air like the virus that causes the seasonal flu?

One US study published in the New England Journal of Medicine shows that the new coronavirus can survive in air particles in a laboratory for three hours. But scientists do not know if the disease can still be transmitted at that stage.

“We don’t know if the virus can hang around for a long time in the air or on inert surfaces,” Professor Karine Lacombe, head of infectious diseases at Saint Antoine Hospital in Paris, told AFP.

“We know we can find the virus, but we do not know if the virus is infectious.”

How many people have got it?

Apart from the few countries that have used aggressive testing, like South Korea and Germany, global figures on the number of people carrying the virus are sketchy.

The British government estimated that on March 17, 55,000 people there had the virus when less than 2,000 had officially tested positive. A precise understanding of the spread of the epidemic is vital to isolating and treating those infected as well as developing a profile of those who can build up immunity to it.

This will be possible once a new generation of blood tests are developed that are capable of tracing the immune reaction to SARS-CoV-2.

Will good weather kill it?

Will COVID-19 be halted with the arrival of warm spring and summer weather in the northern hemisphere?

Experts say this is possible, but not certain.

This new research on #coronavirus is a breakthrough, a test for who has acquired immunity by having had it. Study focuses on using it for healthcare workers, but it could be the key to restart economy, if employees are certified immune, can return to work! https://t.co/0nHAi11myy pic.twitter.com/VfSBH6UUhh

Respiratory viruses like the flu are more stable in cold and dry weather, which is why they spread more rapidly in winter. Hong Kong researchers found that the SARS virus of 2002-03 in Asia — closely related to the new coronavirus — survived best when humidity and temperatures were low.

But a recent study by the Harvard Medical School in the United States warned that “changes in weather alone (with an increase of temperature and humidity as spring and summer months arrive in the northern hemisphere) will not necessarily lead to declines in COVID-19 cases without the implementation of extensive public health interventions.”

Why are children not badly hit?

Children have been relatively spared by COVID-19 than adults, and those infected have been less sick.

Chinese research published in the review Nature showed that none of the 10 children with COVID-19 that they followed became terribly ill, with symptoms limited to sore throats, a cough and a mild fever.

Read more: Coronavirus: What really caused its emergence & what would be its aftermath?

Researchers also found that children living with people sick with the virus were two to three times less likely to catch it than adults.

“There are lots of things that we do not know, which should lead us to approach this with a lot of humility,” warned Professor Lacombe.

Previous articleLock-downs in Europe could have saved 59,000 lives: Study
Next articleFrom surveillance to prison: Russia’s story of confinement

29 July 2021
Previous articleLock-downs in Europe could have saved 59,000 lives: Study
Next articleFrom surveillance to prison: Russia’s story of confinement

Blood clots becomes number one cause of COVID-19 deaths