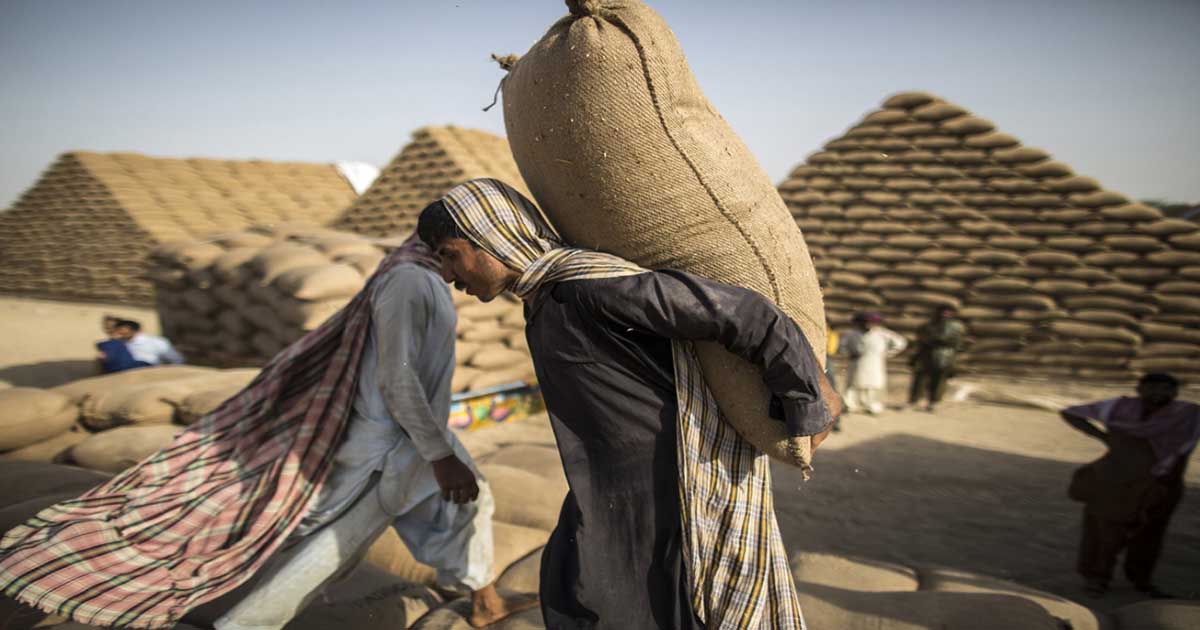 The government of Pakistan is importing 0.3 million tonnes of wheat in Pakistan to tackle the flour shortage in the country. They announced that the first shipments will come into the country by February 15. The imports will be allowed without duty – in order – to keep price low.

#Pakistan is facing a massive food crisis. Wheat flour shortage has hit the people of the country which has, in turn, resulted in anger among the public against the @ImranKhanPTI governmenthttps://t.co/HmTijTjk36

The flour crisis looming for months worsened in January leading to higher prices. Currently, a one-kilogram bag of flour is available for Rs.70 following a six rupees increase last week. Flour prices jumped by Rs.4 in the first week of January. One 20kg bag in KP is now costing Rs1100 against the PM Khan earlier last month announced that it would cost around Rs800 in the utility stores. Most KP utility stores are saying they have no flour to distribute.

A massive public outcry followed the flour shortage and price hike across the country. Buyers complained that an unprecedented rise in flour price has affected the people with marginal incomes.

They blamed the flour millers and the Punjab government for the flour shortage in the country.

No flour shortage in Pakistan

The surge in flour prices created an impression of wheat and flour shortage across the country that National Food Security Secretary, Hashim Popalzai, rejected.

He called the recent strike of transporters the reason for the shortage of flour in the federal capital and four provinces because mills did not get wheat on time. He described the flour shortage ‘temporary crisis’ that will end in 15-20 days.

Meeting chaired by Punjab CM @UsmanAKBuzdar reviewed availability of #flour, its price and measures regarding its uninterrupted supply https://t.co/K0T4XPvT0w

Bilawal claimed that PM Khan turned Pakistan into a wheat importing country and that the federal government had sent 40,000 metric tonnes to Afghanistan, deliberately creating the flour shortage in the country.

He assured that the government will transport 10,000 tonnes of wheat daily to Karachi and Hyderabad through National Logistics Cell, NLC.

Meanwhile, state institutions activated after PM Khan ordered to take strict action against those involved in hoarding flour and selling at higher prices. The provincial governments, chief commissioners and deputy commissioners were directed to begin a ‘grand operation’ against the culprits.

Pakistan Flour Mill Association says undue profits being exhorted by flour grinding machines shop owners has nothing to do with flour mills.https://t.co/Cqwdwlns9U

“It is absolutely incompetence of the government that has failed to control mafias, mainly the flour millers and those involved in smuggling wheat to Afghanistan via Torkham border,” said Pakistan Kissan Ittehad chairman Khalid Khokhar.

However, entities are passing on the blame to one and another for the flour shortage in the country. Flour mills association accused the flour grinding vendors of the flour crisis because they are not ready to sell the flour at price below Rs.70 per Kg at Rs.60 per Kg.

Meanwhile, the government’s decision to import wheat met criticism on social media. A social media user highlighted that the decision to import the wheat will not benefit the country since it will coincide with the local production of wheat from Sindh and Punjab in March and April. This lower market price of the local produce will adversely affect the wheat producers.

Previous articleMovie ‘Zindagi Tamasha’ gets support from Mahira Khan
Next articleWhy is it necessary to replace Chief Minister Usman Buzdar?

Balochistan has lowest rate of female literacy in the world, claims lawmaker