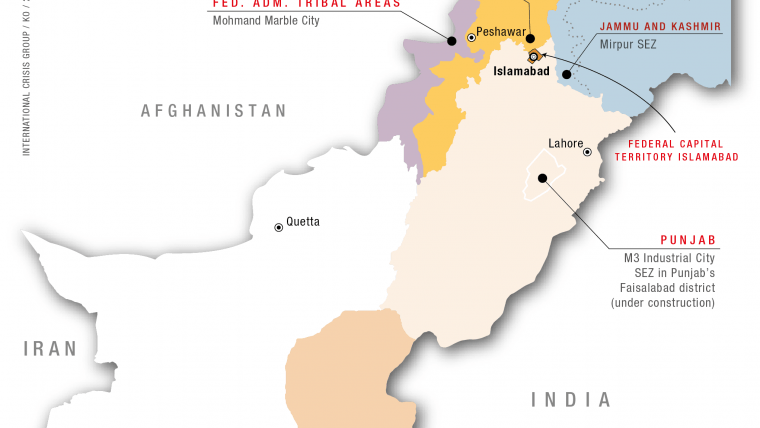 After last week’s heart breaking scenes of people lying dead and their body parts strewn all over the ground where they were working or praying. We as a nation asked ourselves what is happening to us and what are we doing.

New details are being released by intelligence sources of how Pakistan is facing a non-conventional warfare that is being waged by the intelligence duo, India’s (Research Analysis Wing) RAW-and Afghan intelligence wing NDS, in Afghanistan.

Their modus operandi is becoming clearer and the main vulnerable transit route for their allied “assets” into Pakistan is the Pak-Afghan border region in Balochistan.

The recent wave of attacks across the country that killed over 200 people in Pakistan, has left in shock Pakistan’s military, intelligence and political establishment. For terrorists to conduct over 9 attacks in almost 48 hours, costs huge amounts of money, naturally we have to ask where do these so-called ‘god serving, god-loving’ people get their funding from?

read more: Pakistan: Terrorism at Lal Shahbaz Qalandar Shrine; What does it mean?

Menu prices for attacks in Pakistan

According to reliable sources, India’s Research Analysis Wing (RAW) has circulated a menu-like open price list to all terrorist groups including  TTP, LeJ, Al Alami, militant factions of TTA, whereby a fixed price is paid for any terrorist activity undertaking in Pakistan. “If you do IED this much will be paid, if you attack school or kill children, so and so amount will be paid”,  and the list goes on. “Only proof you need to produce for claiming bounty is a video evidence to prove”.

One estimate suggests that a “Suicide Mission”, now costs around Rs.  4 million rupees to its planners. (including various items that constitute the mission) The more the causalities, the higher the profile target, the more is the amount paid.

“If you do IED this much will be paid, if you attack school or kill children, so and so amount will be paid”,  and the list goes on.

In addition, these groups use ransom money as seed investment in terrorists activities. Kidnapping for ransom in Baluchistan is being operated by these terror outfits from across the border.

Such is the closed coordination and level of cooperation between the two intelligence agencies across the border in Afghanistan that RAW officers shadow Afghan NDS officers on every desk, in the NDS office, close to Pakistan border.

Interestingly, of late the militant groups are united in using the deserted Baluchistan border region to get to into the province and then transit into the rest of the country.

Five to nine sleeper cells are operating in Baluchistan: they include the leftover remnants of TTP, LEJ, LEJ Alami, and ISIS linked elements. “Recently we have smashed one network in Loralai region of Balochistan, but they are increasingly exploring our vulnerabilities”, said an intelligence source.

One vulnerability is the porous Pak-Afghan border, where it is almost impossible to plug gaps in the short amount of time and without proper technological use. These posts are mostly guarded by men, some of whom are susceptible to corruption, which allows these groups to get into Pakistan.

Levis, supposedly policing 95 percent of Baluchistan, have no resources, lack training and the desire to deter these groups

Also the local population is scared and is afraid to serve as eyes and ears of government agencies, to report suspects and suspicious activities. For any intelligence led operation to ensue, first a lead has to come from community elders, which positively is starting to come through.

Other state institutions like local administration, and law enforcement  for example, DCO, DPOs etc, have scarce resources,  but have the will to chase these elements.

The police and the tribal police called Levis, supposedly policing 95 percent of Baluchistan, have no resources, lack training and the desire to deter these groups from operating and crossing into town centres.

Over the last several months, Pakistan lost its focus from terrorism and diverted energies of state institutions, to chase white collar crimes and money laundering issues, which had no direct or causal link with the spread of terrorism. Time was wasted, which should have been spent in attacking and apprehending these proxy groups wherever they were operating. Instead, first priority should have been on securing the country and its borders.

“We feel being overwhelmed by these nasty groups there is so less one can do if we could not muster the support of other institutions”, are warnings once again being given by reliable sources.

Unfortunately, the chattering classes in Pakistan and the English media are still harping away on the Indian or foreign derived narrative that terrorism is a home grown phenomenon.

“This is such a sophisticated warfare that we should give credit to the enemy for dividing us on identifying the real motive behind terrorism, and for failing ourselves for not being able to explain to the world and our own people, their [outside foreign intelligence agencies] modus operandi in using criminal terrorists groups for destabilising the country”, said one terrorism expert.

Pakistan needs to revisit its counter-terrorism strategy and start plugging the gaps. The first immediate step is to secure our borders, which offers a short-term palliative to terrorism and safety in the country. It is the only country, perhaps in the world, with three-quarters of its borders lying open to the enemy to come in and do as they will. In a nutshell, it’s the borders, stupid!

Mirwais Khan is an Assistant Producer (Current Affairs) with a leading media group, in Pakistan. He has traveled extensively in the region and has a special interest in the political affairs of Afghanistan, Baluchistan, and KP.

Previous articleWill the Chinese string of pearls policy allow it to dominate Asia and should we be worried?
Next articleRAW & NDS outsource terrorism: set prices to kill Pakistanis?

23 July 2021
Previous articleWill the Chinese string of pearls policy allow it to dominate Asia and should we be worried?
Next articleRAW & NDS outsource terrorism: set prices to kill Pakistanis?