The Nazis set up the Stutthof camp in 1939, initially using it for the detention of Polish political prisoners. "That's the only way to prevent another Holocaust," said one of the survivors of the trial. 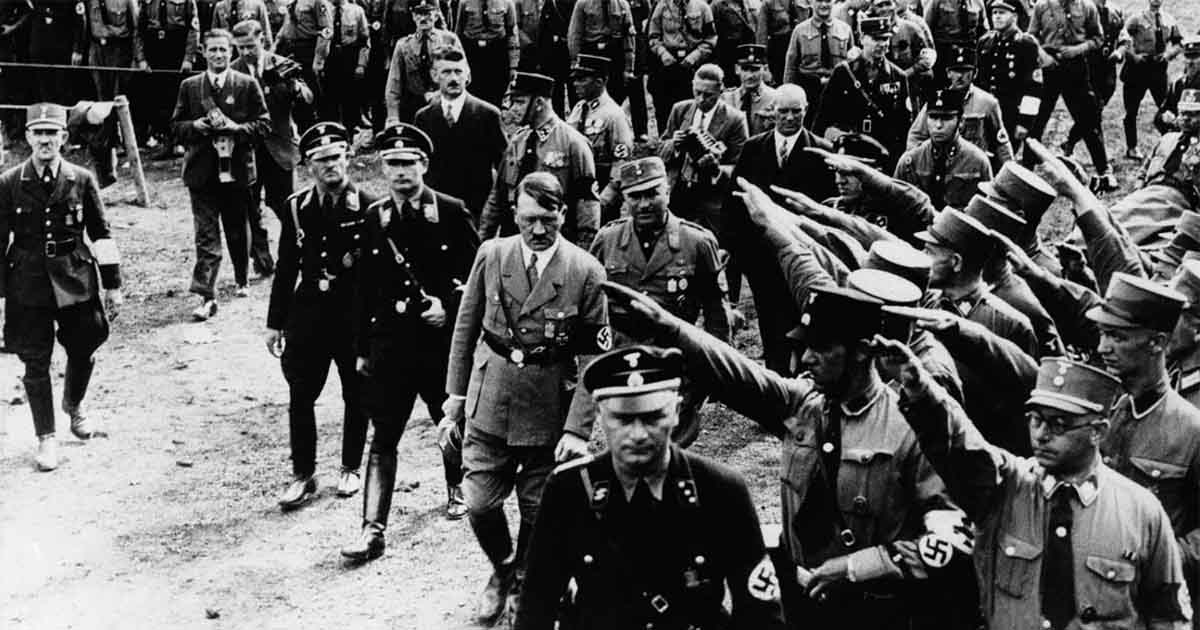 A 93-year-old former SS guard goes on trial in Germany on Thursday for complicity in the murder of more than 5,000 people at a Nazi concentration camp during World War II, in what could be one of the last such cases.

The man, identified by German media as Bruno Dey, stands accused of involvement in the murder of 5,230 people when he worked at the Stutthof camp near what was then Danzig, now Gdansk in Poland.

“As an SS guard at Stutthof concentration camp between August 1944 and April 1945, he is believed to have provided support to the gruesome killing of Jewish prisoners in particular,” prosecutors said in a statement.

German judge suspended the trial of a former concentration camp guard, who also worked at Stutthof, after the 95-year-old defendant was hospitalised with heart and kidney problems.

During Dey’s time at the camp, the “Final Solution” order to exterminate Jews was issued by the Nazi leadership, leading to the systematic killing of inmates in gas chambers, while others died of starvation or because they were denied medical care, the prosecutors said.

Despite his advanced age, Dey will be tried by a juvenile court in Hamburg because he was 17 when he first worked at Stutthof. According to German media, Dey, who now lives in Hamburg, became a baker after the war.

Married with two daughters, he supplemented his income by also working as a truck driver, before later taking on a job in building maintenance.

Read more: Germans have chosen not to go through “NAZI” regime again

The law finally caught up with him as a result of the legal precedence set when former guard John Demjanjuk was convicted in 2011 on the basis that he served as part of the Nazi killing machine at the Sobibor camp in occupied Poland.

Since then, Germany has been racing to put on trial surviving SS personnel on those grounds rather than for murders or atrocities directly linked to the individual accused.

In the same vein, Dey is “accused of having contributed as a cog in the murder machine, in full knowledge of the circumstances, so that the order to kill could be implemented,” said prosecutors.

Dey reportedly did not deny working at the camp during questioning. But he said he only ended up in the SS-Totenkopfsturmbahn (Death’s Head Battalion) that ran the camp because of a heart disease that prevented him from being sent to the front, according to Tagesspiegel daily.

Citing prosecution documents, the newspaper said Dey argued that he killed no one and questioned what a 17-year-old forced to become a camp guard could do against Adolf Hitler’s regime. Another report by Welt daily said Dey confirmed he knew of the camp’s gas chambers, where he saw SS prisoners being pushed inside.

Married with two daughters, he supplemented his income by also working as a truck driver, before later taking on a job in building maintenance.

He admitted seeing “emaciated figures, people who had suffered”, but insisted he was not guilty. “What good would it have done? They would have just found someone else”, he replied when asked why he did not put in a transfer to fight at the front, according to the newspaper.

Dora Roth, a survivor of the camp and one of the co-plaintiffs, told broadcaster Deutsche Welle it was important for her to speak out at the trial. “Those who know about it, those who can speak, must do so,” said Roth, whose mother died of starvation at Stutthof.

Today, the trial against a former SS guard has started in Germany.

We spoke to one of the death camp survivors, Dora Roth. Since being a prisoner as a child, she has made it her mission to speak out on behalf of the many who lost their lives. pic.twitter.com/nGubeLiosG

“That’s the only way to prevent another Holocaust,” she warned. The Nazis set up the Stutthof camp in 1939, initially using it for the detention of Polish political prisoners.

But it ended up holding 110,000 detainees, including many Jews who were later transported to the site. Some 65,000 people perished in the camp. Thursday’s trial is among a handful of the final such cases involving surviving SS personnel.

Since the landmark Demjanjuk ruling, German courts have convicted Oskar Groening, an accountant at Auschwitz, and Reinhold Hanning, a former SS guard at the same camp, for complicity in mass murder. Both men were found guilty at age 94 but died before they could be imprisoned.

In April, a German judge suspended the trial of a former concentration camp guard, who also worked at Stutthof, after the 95-year-old defendant was hospitalised with heart and kidney problems.

Previous article‘Don’t be a fool’: Trump’s bizarre letter to Erdogan:
Next articleTurkey and the Kurds: Attack Doesn’t Seem like a Good Strategy Anymore

18 June 2021
Previous article‘Don’t be a fool’: Trump’s bizarre letter to Erdogan:
Next articleTurkey and the Kurds: Attack Doesn’t Seem like a Good Strategy Anymore

Angela Merkel’s warning: Will the US & Europe grow apart under Trump?

Why 19th Century Europe became the richest part of the world? What can we learn?

Protests across Spain as sexual abuse gang released on bail