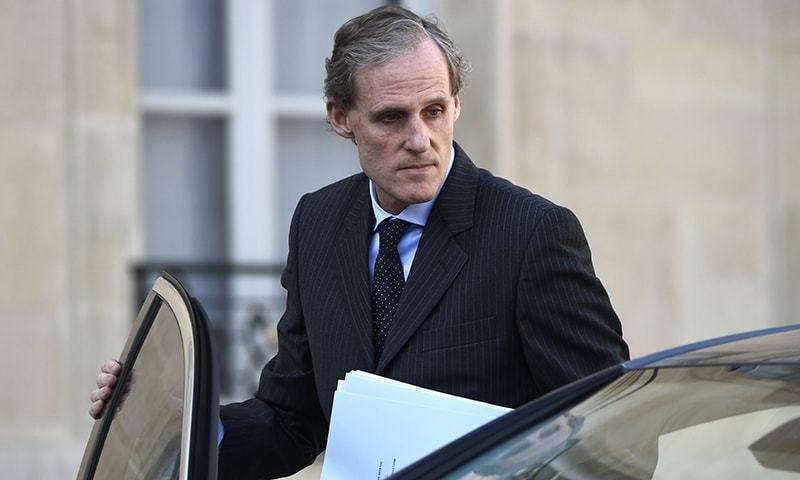 France took the exceptional step of recalling its envoy to Rome on Thursday to protest against a “provocation” from the Italian government, laying bare the tensions between the two historic allies. France’s foreign ministry recalled its ambassador to Rome for consultations over a series of comments from Italy’s two deputy prime ministers, Luigi Di Maio and Matteo Salvini.

“For several months France has been the subject of repeated accusations, unfounded attacks and outlandish claims,” the ministry said in a statement, calling them “unprecedented” since the end of World War II.

French border controls on the Italian border and demands by Rome for the extradition of far-left Italian militants who live in France.

Di Maio and Salvini, who formed a populist coalition government together last year, have repeatedly criticised Macron, who has in turn targeted their eurosceptic movements ahead of high-stakes European Parliament elections in May.

The latest spat erupted on Tuesday after Di Maio, head of the anti-establishment Five Star Movement, revealed that he had met “yellow vest” anti-government protesters outside Paris.

He said the aim was to prepare a common front for European Parliament elections in May, while boasting on Twitter that “the wind of change has crossed the Alps”. “The most recent interferences constitute an additional and unacceptable provocation,” the foreign ministry said.

France’s foreign ministry recalled its ambassador to Rome for consultations over a series of comments from Italy’s two deputy prime ministers.

Macron blasted the new government’s “cynicism and irresponsibility” after it began preventing rescue boats with migrants on board from docking at Italian ports and compared the rise of far-right nationalism to leprosy.

The verbal sparring has only intensified since, with Salvini calling Macron a “terrible president” last month in a Facebook video. “We don’t want to row with anyone,” Salvini said on Thursday in a statement. “We’re not interested in controversies: we are serious people and we are defending Italian interests.”

He called for the two countries to find a solution to problems which have caused tensions, including French border controls on the Italian border and demands by Rome for the extradition of far-left Italian militants who live in France.

Salvini and De Maio angered Macron, in particular, by publicly supporting the “yellow vest” protesters who have taken to the streets to denounce high living costs and a perceived indifference by the government to rural and small-town France.

Di Maio had denounced the French government for protecting the elite and the privileged, saying “a new Europe is being born of the ‘yellow vests’, of movements, of direct democracy”.

German-Afghan army adviser on trial for spying for Iran

Why Britain’s Brexit Deal can only be Inferior to the EU Membership? Analysis