From 11-year-old girls to the Army Chief, Pakistanis want the dams done 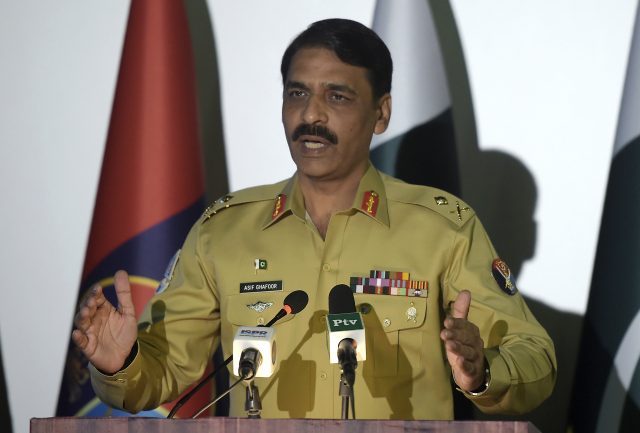 ‘The Dam Fund’ has had every Pakistani committed to the cause. On 7th September, in a heart-warming little assemblage, 11-year-old girl Noor Zahrah Mehdi and her friends, Jahanara Burki, Hajra Atif, Irah, and Khadija put together a bake sale at Kohsar market Islamabad, to raise funds for Diamer-Bhasha and Mohmand Dam. In a two-hour marathon, the little heroes managed to raise around Rs. 50,000 by selling delicious homemade treats that the little girls had prepared themselves at home. Passersby, tourists, and customers at Kohsar market bought treats from the girls and were awe-inspired by the initiative taken up by the young patriots.

The initiative to collect funds for the prolonged hydel projects was announced by the Chief Justice of Pakistan and endorsed by the newly-elected Prime Minister, who appealed to the masses to donate for the cause in a televised national address. Pakistani citizens, diaspora settled abroad, government servants and the private sector; all came forward to chip into the national cause. On Monday, 10th September, The Chief of Army Staff General Qamar Javed Bajwa handed over a handsome cheque of more than a billion rupees to the Honorable Chief Justice of Pakistan under the Supreme Court’s fund for Diamer-Bhasha and Mohmand Dams in Islamabad.

The top court, Justice Nisar said, is fully committed to ensuring that funds are spent solely for the construction of the dams. Meanwhile, ICDBMD and Pakistan Water and Power Development Authority (WAPDA) chairman Muzammil Hussain had briefed the bench about measures initiated to ensuring the early commencement of construction work on the dams.

The army chief also handed a letter to the CJP, stating that officers of the Pakistan Army, including civilian staffers, had donated their two-day salaries, while junior commissioned officers (JCOs) and army’s civilian workforce had donated a day’s salary to the dam fund. According to the letter, welfare originations associated with Pakistan Army have also made a voluntary contribution to the cause.

“In sum, I am pleased to intimate that an accumulated amount of over a billion rupees has been collected and deposited in the Supreme Court’s Diamer-Bhasha and Mohmand Dam Fund,” states the letter. The legal community, especially lawyers, commended the meeting between the COAS and the CJP. In July, The armed forces of Pakistan announced that they had decided to contribute funds for the construction of Diamer-Basha and Mohmand Dam; the military’s spokesperson said in a statement issued via Twitter.

“The officers of army, navy and air force will contribute their two days’ pay, while soldiers [will be donating] one day’s pay to the announced fund for this national cause,” read a statement tweeted by Inter-Service Public Relations chief Maj Gen Asif Ghafoor. Other government organizations such as the Pakistan Atomic Energy Commission, WAPDA and OGRA also followed suit. Earlier last month, the Supreme Court had expressed satisfaction over the headway so far made by the Implementation Committee of Diamer-Bhasha and Mohmand dams (ICDBMD).

A four-member Supreme Court bench headed by Chief Justice of Pakistan (CJP) Saqib Nisar said that the apex court would provide full support in the implementation of the two projects. He added that the timely completion of the projects is imperative and the nation should join hands in this regard. The top court, Justice Nisar said, is fully committed to ensuring that funds are spent solely for the construction of the dams. Meanwhile, ICDBMD and Pakistan Water and Power Development Authority (WAPDA) chairman Muzammil Hussain had briefed the bench about measures initiated to ensuring the early commencement of construction work on the dams.

Read more: Armed forces to contribute for constructing dams in the country

Churches from Lahore Diocese have also donated funds for the construction of dams. In this regard, the Archbishop of Lahore Sebastian Shaw had directed priests in his diocese to deposit collections from two Sundays as a donation to the fund for the construction of Diamer-Bhasha and Mohmand dams. Various industries including Murree Brewery donated large deposits for the noble cause. All employees of mainstream media organization ‘Dunya Newsgroup’ donated Rupees 20 Million. ARY conducted a telethon to raise funds for the dam fund.

“No Mosque is safe in India”

The general elections are approaching: are you a type I or type-II voter?

Did Noman Ejaz admit to having extramarital affairs?