From Iran deal to Khashoggi: A turbulent year fot the Middle East 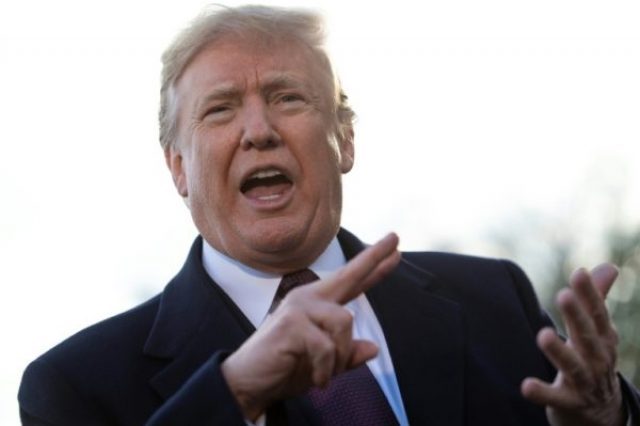 A murdered Saudi journalist. A scrapped Iran nuclear deal. The two events alone have undone years of diplomacy in the Middle East, testing old alliances and shaking up the regional balance of power, analysts say.

Meanwhile, Russia — buoyed by its 2015 intervention in Syria to prop up Assad — has steadily asserted itself as a key powerbroker in the Middle East, stepping into a diplomatic void left by what observers see as a partial US retreat.

The fallout of the killing could also shape Trump’s ability to pursue his policy goals in the Middle East, including forcing Iran to its knees and imposing a settlement of the Israeli-Palestinian conflict.

Trump has asserted the petrostate’s importance as a lucrative buyer of US arms and a bulwark against common foe Iran, but furious American lawmakers appear in no mood to give the prince a free pass over the murder.

The stakes are high for Trump and the prince, the heir to the Arab world’s most powerful throne who the CIA claims ordered the killing.

“The killing has sparked multiple battles that are likely to shape relationships ranging from that between the US and Saudi Arabia to those between Trump, his Republican Party, the US Congress, and the country’s intelligence community,” said James Dorsey, a fellow at Singapore’s S. Rajaratnam School of International Studies.

“The fallout of the killing could also shape Trump’s ability to pursue his policy goals in the Middle East, including forcing Iran to its knees and imposing a settlement of the Israeli-Palestinian conflict.”

With Russian and Iranian support, Assad has wrested back control of large swathes of Syrian territory while corralling what is left of the armed opposition in Idlib.

The prince — who sought to project he was no global pariah with an ebullient high-five with Russian President Vladimir Putin at the recent G-20 summit in Argentina — is expected to weather the crisis. But the fallout is testing the alliance between Riyadh and Washington.

“It looks set to really impact US-Saudi ties very negatively in 2019, regardless of what the Trump administration thinks it can do to stop or prevent it,” said Kristian Ulrichsen, a fellow at Rice University’s Baker Institute in the United States.

The Khashoggi crisis has cast a renewed spotlight on a Saudi-led bombing campaign in Yemen, gripped by what the UN calls the world’s worst humanitarian crisis, piling pressure on Riyadh to kickstart peace talks this month in Sweden between the government it backs and Iran-aligned Huthi rebels.

The Khashoggi affair has also given Turkey allied with Saudi rivals Qatar and Iran unusual leverage in regional power plays.

Through his veiled attacks on Prince Mohammed, Turkish President Recep Tayyip Erdogan is using the murder as a geopolitical opportunity to re-establish the balance of power in the Middle East, analysts say.

“Between instability in the Gulf and a zero-sum game between MBS and Erdogan, the Middle East risks becoming even more dangerous and unstable,” said Sigurd Neubauer, a Middle East analyst based in Washington.

A perceived threat of Iranian expansionism in the Middle East has prompted an undeclared alliance between Israel and several Arab states, observers say.

“It leaves every party with little option but to further entrench itself even as Trump seeks to use the Khashoggi murder as a catalyst to forge Gulf reconciliation and accelerate Yemen peace talks while seeking to pressure Iran.”

Turkey has also managed to consolidate its influence in Syria following an agreement with Russia to avert a regime assault on rebel-held Idlib province. With Russian and Iranian support, Assad has wrested back control of large swathes of Syrian territory while corralling what is left of the armed opposition in Idlib.

“The Assad government had its best year since 2011” when the uprising against his regime began, said Nicholas Heras, an analyst at the Center for a New American Security.

Read more: Anti Iran Coalition: Arab countries talking with US for a military…

“The big battle in 2019 will be… over the aftermath of the war in Syria. For all of the gains it made in 2018, the Assad government still sits in the crosshairs of an American strategy that seeks to kill Assad’s economy and the stability of his statelet.”

A key part of the US strategy is also to ensure that Iran does not emerge as the big winner from the Syrian conflict. Earlier this year, Trump tore up the Iran nuclear deal — a result of intense international diplomacy led by European allies and the previous Obama administration and imposed new sanctions on Tehran that kicked in last month.

“The biggest and most far-reaching change that developed in 2018 was the aggressive American stance towards Iran,” said Hussein Ibish, a scholar at the Arab Gulf States Institute in Washington. “There is a lot more pressure on Tehran.”

New tensions have also erupted in the Hamas-run Gaza Strip since March 30 when Palestinians launched rolling protests demanding the right to return to homes now inside Israel.

A perceived threat of Iranian expansionism in the Middle East has prompted an undeclared alliance between Israel and several Arab states, observers say. That was reflected in Prime Minister Benjamin Netanyahu’s surprise visit to the Gulf state of Oman in October, the first by a leader of the Jewish state in 22 years.

He also sought to publicly defend Prince Mohammed following global outrage over Khashoggi’s murder. Trump, whose administration in May controversially moved the US embassy to Israel to Jerusalem, has promised to deliver a so-called “deal of the century” to resolve the Israeli-Palestinian conflict.

Diplomats and analysts claim the deal, set to be unveiled early in 2019, is secretly backed by several Arab states. But with public opinion largely pro-Palestinian, many in the Arab world view the warming ties with Israel as a betrayal.

New tensions have also erupted in the Hamas-run Gaza Strip since March 30 when Palestinians launched rolling protests demanding the right to return to homes now inside Israel. Some 235 Palestinians have been killed by Israel soldiers since then. Two Israelis soldiers have died in the clashes.

Covid-19: Say no to conspiracy theories or invite another crisis