The Wuhan Institute of Virology is the main hurdle between the stranded US-China relations. US Secretary of State Mike Pompeo has continuously blamed this lab for the outbreak. However, the World Health Organization has rejected all these claims & framed them baseless. What is the nature of this lab & what kind of research is carried out in this lab? 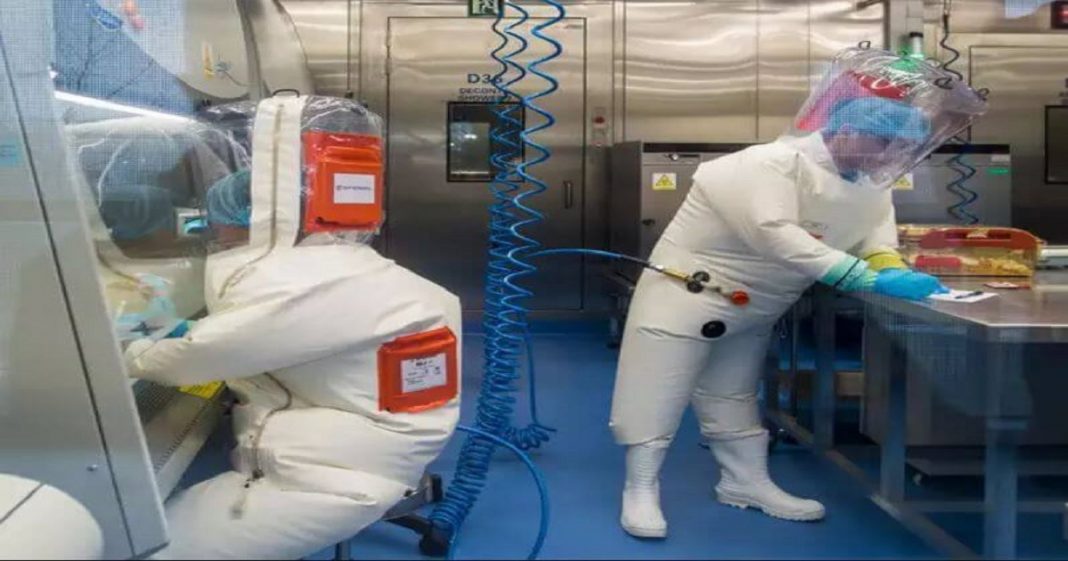 The Wuhan lab accused by top American officials of being the source of the coronavirus pandemic conducts research on the world’s most dangerous diseases.

US President Donald Trump and Secretary of State Mike Pompeo have both claimed that there is evidence the pathogen came from the lab in Wuhan — the city where the disease was first detected late last year.

But the World Health Organization said Washington had offered no evidence to support the “speculative” claims, and scientists believe the coronavirus jumped from animals to humans, possibly at a Wuhan market selling wild animals.

Wuhan lab at the heart of the US-China virus spat: All you need to know https://t.co/0ybJ90lhRT

The top US epidemiologist Anthony Fauci has echoed the WHO’s statement, telling National Geographic that all evidence so far “strongly indicates” a natural origin.

China has strongly denied the allegations, but speculation and conspiracy theories have persisted.

Here are some key questions about the Wuhan Institute of Virology:

What do its researchers do?

Work by the lab’s scientists helped to shed light on the COVID-19 pathogen in the early days of the outbreak in Wuhan.

In February, they published work concluding that the new virus shared a 79.6 percent sequence identity to the SARS coronavirus and that it was 96 percent identical at the whole-genome level to a coronavirus found in bats.

The lab’s researchers had already conducted extensive investigations on the links between bats and disease outbreaks in China and had highlighted the need to prepare for viruses potentially spreading out of their natural reservoirs into human communities.

Scientists think COVID-19 originated in bats and could have been transmitted to people via another mammal like a pangolin, but there is no definitive answer so far.

What does it handle?

The Wuhan institute houses the largest virus bank in Asia which preserves more than 1,500 strains.

While the US intelligence community said it had concluded the coronavirus was not human-made, it added that it would continue to investigate if the outbreak started from contact with infected animals or from “an accident” at the Wuhan lab.

Could there be a leak?

US diplomatic cables seen by The Washington Post earlier said that officials were concerned about inadequate safety standards related to researchers’ handling of SARS-like bat coronaviruses in the high-security lab.

The institute has said it received samples of the then-unknown virus on December 30, determined the viral genome sequence on January 2 and submitted information on the pathogen to the WHO on January 11.

Shi Zhengli, one of China’s leading experts on bat coronaviruses and deputy director of the Wuhan P4 lab, said she would “bet her life that (the new coronavirus) had nothing to do with the lab”, according to Chinese state media.

And in an interview with Scientific American, Shi said the SARS-CoV-2 genome sequence did not match any of the bat coronaviruses her laboratory had previously collected and studied.

What do scientists know about the virus?

Researchers have noted that while there is no proof for the lab accident theory, there is also no clear evidence that the virus came from the Wuhan market.

A study by a group of Chinese scientists published in The Lancet in January found that the first COVID-19 patient had no connection to the market, and neither did 13 of the first 41 confirmed cases.

Professor Leo Poon of The University of Hong Kong said the scientific community’s consensus was that the virus is not human-made.

Read more: Coronavirus was a ‘creation of CIA biological weapon lab of the US’?

“We need to look at the origin of this virus. It is important, because from a public health point of view, we want to know how it happened, and (if we can) learn from this,” he said.

David Heymann, professor of infectious disease epidemiology at the London School of Hygiene and Tropical Medicine, added: “We have a hypothesis that it came from a live animal market, and I haven’t seen anybody provide evidence that shows to the contrary.”

Shaniera Akram encourages people to talk about their depression without shame