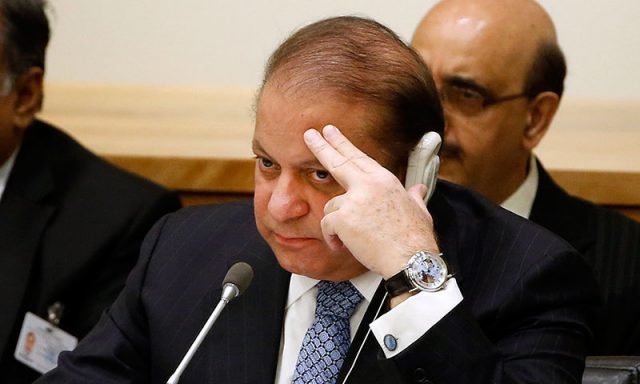 Shahzad Akbar, the premier’s advisor on accountability during a press conference on Thursday revealed another scam of Nawaz Sharif, causing losses of millions of rupees to the national exchequer during his private foreign trips. “Nawaz Sharif has made 25 private foreign trips during his rule from 2013 to 2018 on taxpayers’ money of Rs250 million, ”Shahzad Akbar–head of Assets Recovery Unit (ARU) – claimed.

Mr. Akbar said that some of those trips were made to Saudi Arabia to perform Umrah, along with friends and family members. “Although Mr. Sharif could easily afford the Umrah, he performed it on taxpayers’ money,” said Akbar. The adviser told the media that Mr. Sharif misused his authority, traveled in official aircraft for private business and his one Umrah trip cost was Rs 35 million.

It seems the PTI-led government is in no mood to leave any stone unturned in regard to accountability of corrupts, as was promised by the premier Imran Khan.

A recent agreement with Swiss authorities on the exchange of information about assets of citizens would help the government in regard to the aforementioned case. Mr. Akbar said that the government of PMLN deliberately pended the agreement for five years to save itself from being exposed.

He claimed that the government had information on Pakistanis money and assets been shifted to other countries from Switzerland after the Panama Leaks; for that government sought details of Pakistanis’ assets of the last five years from Swiss Authorities.

Expressing the hope of getting details of Pakistanis ‘assets in the United Kingdom, Mr. Akbar said that government had prepared a draft to be signed with the British Virgin Islands (BVI) authorities. Mr. Akbar said that the absence of such an agreement with BVI before, the Panama Leak investigation faced hurdles; but with the protocol once signed, the required information would be received from BVI too.

The protocol would be presented in the federal cabinet in next meeting, added the advisor. He also revealed that ARU was getting information about another undeclared house of Nawaz Sharif in London, which was in his wife’s name.

“Nawaz Sharif has made 25 private foreign trips during his rule from 2013 to 2018 on taxpayers’ money of Rs250 million, ”Shahzad Akbar–head of Assets Recovery Unit (ARU) – claimed.

It seems the PTI-led government is in no mood to leave any stone unturned in regard to accountability of corrupts, as was promised by the premier Imran Khan. There is no denying that a lot of economic activities are related to the security situation and corruption-free environment.

No investor would want to invest in Pakistan unless assured of safe and corruption free environment. Where military forces have already countered the terrorism in the country and established peace, the government on its end is trying to eradicate corruption in order to get the trust of investors that would result in an economic boost.

The advantages here are manifold; recovering the looted money, warning the corrupt mafia of consequences, and gaining the confidence of investors–the outcome of all is a better economic situation.