Funds for dams: Public rejects cynics as donations pour in 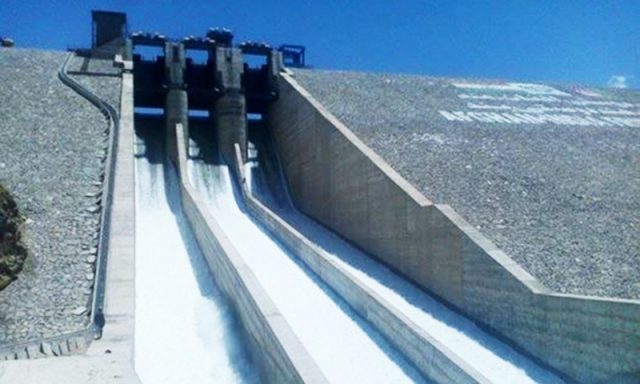 The recent initiative by the Prime Minister of Pakistan Imran Khan to ask for donations from Pakistanis in order to build dams has gained appreciation from the larger public. While isolated voices calling out against the move are mostly political. The economic situation in Pakistan was very worrisome under the PML-N government, however after Imran Khan became prime minister; the economic conditions of the country have started to show some improvement.

While Chief Justice Saqib Nisar started the move to raise donations for the construction of dams, the government has joined-in asking people to provide donations. Under the plan, Overseas Pakistanis have been appealed to deposit at least one thousand dollars per person. This step is expected to not only build a dam but improve the economic situation of Pakistan as well. This new strategy is based on sincerity and good faith, which has been reciprocated by expatriates who have made announcements for gathering and paying money in foreign countries.

The water resources management has also been deteriorating, as 80-90% of drinking water received by consumers in Pakistan’s megacities is also contaminated due to the discharge of raw sewage into water bodies.

Such a move is also beneficial for national integrity. The dissident voices seem to be rather based on cynicism rather than any objective analysis. Dams have been built by countries such as China and India on internally generated funds such as donations. A major example is the Sardar Sarovar dam in Indian Gujrat which was built on donations by Indians when the World Bank refused to fund it. Another significant example is the recent initiative by Malaysian Prime Minister Mahathir Mohammad to bring down the country’s debts through crowdfunding.

Most of the cynicism arises from previous experiences most notably the PML-N’s Qarz utaro Mulk Sanwaro campaign. In the tenure of Mian Nawaz Sharif, a landmark campaign was launched to bring down the nation’s debt in which millions of people gave donations, but the funds were mostly misused and siphoned off to foreign accounts. In September last year, The State Bank was ordered to return the donations. However, such a burden is not on both Imran Khan and Mian Saqib Nisar who have a clean and clear image among the populace.

There are apprehensions about the Bureaucracy, whose corrupt elements have already mobilized to exploit the massive financial transactions of Dam building. There are already allegations of massive fraud occurring from the acquisition of land for the Diamir Bhasha Dam. Bureaucrats and politicians acquired millions for the purchases and gave pittances to the sellers. These apprehensions have been noted by both the Prime Minister and the Chief Justice. The Chief Justice of Pakistan Mian Saqib Nisar has said that after his retirement, he will set up a tent and act as a watchman around the dam.

Though emotional, it is very timely because there were fears that after Justice Mian Saqib Nisar retirement, the movement to build new dams would fizzle out. Such fear arises because of a lack of transparency around critical issues. Experts urge Chief Justice Mian Saqib Nisar to give some decisions regarding the dams during his tenure, which would act as a bulwark against corruption arising in Dam construction. This should start with impartial investigations into land acquisition allegations.

Similarly, steps should be taken against those media outlets who are engaged in propaganda against this national need for monetary and political reasons. Pakistan currently faces the grave issue of water scarcity and contamination, which not only adversely impacts public health but also overshadows economic development. The water resources management has also been deteriorating, as 80-90% of drinking water received by consumers in Pakistan’s megacities is also contaminated due to the discharge of raw sewage into water bodies.

Nearly, 25 % of water is lost due to flood irrigation practices and a sizeable quantum is lost due to unlined watercourses, and in the evaporation process. The main contributing factors to this water loss are unsustainable water resource management approaches, devoid of strategies & action plans and irresponsible water governance.