G7 ministers criticize US tariffs and warn of trade war 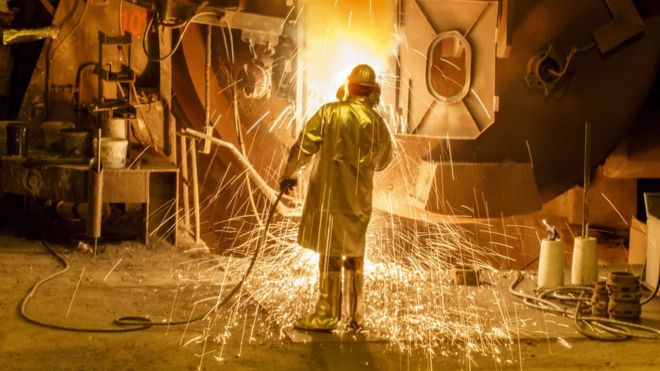 Last week, Trump was told that the U.S. was playing a ‘dangerous game by slapping tariffs on European steel and aluminum. Therefore, it is of no surprise that the US Treasury Secretary Steve Mnunchin faced sharp criticism from the finance ministers of other G7 nations – who were outraged – over America’s imposition of new tariffs.

Many leaders were displeased with the move as the European and Canadian leaders reacted angrily with the Prime Minister of the UK, Theresa May, stating “I am deeply disappointed at the unjustified decision by the U.S. to apply tariffs to EU steel and aluminum. Further to this, Canadian Prime Minister Justin Trudeau described the tariffs as insulting to the shared history of the U.S. and Canada.

Further, the French Finance Minister Bruno Le Maire warned of a possibility of a trade war.

The move took place at the same time when Trump was also threatening protectionist action against China. Therefore, during t all this, the U.S. Commerce Secretary Wilbur Ross met the Chinese vice Premier Liu He in Beijing to try to ease trade tensions.

Following talks between Mr. Ross and the Chinese vice Premier Liu He, China’s state news agency Xinhua warned that all trade talks between the US and China will be void if the US introduced trade sanctions.

“Reform and opening up and expanding domestic demand are China’s national strategies. Our established rhythm will not change,” it said.

China was willing to increase imports from many countries, including the US, Xinhua said, adding that increasing domestic demand was part of China’s national strategy.

Mr. Ross is in Beijing, seeking deals on agriculture and energy to narrow the yawning US trade deficit with China. His visit comes days after Washington threatened to impose additional tariffs of $50bn (£37bn) on Chinese goods.

Mr. Ross said the talks had been friendly and frank but gave no further details. The US has said that the talks are partly intended to bring about structural changes to allow US companies to compete fairly.

After so much backlash, President Trump is still insisting on Twitter that the US had been “ripped off by other countries for years on trade”.

He says the steel tariffs will protect US steelmakers, which he says are vital to national security. Mr. Trump has also complained about the barriers US firms face in Europe and elsewhere. There was no joint statement at the end of the meeting, which the BBC’s North America correspondent, Chris Buckler says is a clear sign of discord.

Our correspondent says acrimonious debate is likely to continue next weekend when the leaders of the G7 countries – including Mr. Trump – meet for a summit in Quebec.

With this in mind, in retaliation, The EU has responded to the U.S. announcement with a 10-page list of tariffs on U.S. goods ranging from Harley-Davidson motorcycles to bourbon, while Canada imposed tariffs of up to 25% on about $13bn worth of US exports from 1 July – including American steel and consumer produced such as yoghurt, whiskey and coffee.

Coronavirus origin: The politics which will allow more viruses to spread