Samsung recently launched a new flip smartphone - Galaxy Z Flip - that has struch many nostalgic chords all over the world. Some have labelled this phone to be the best ever flip phone to have existed; but is it really one of the best phones overall? Let's find out. 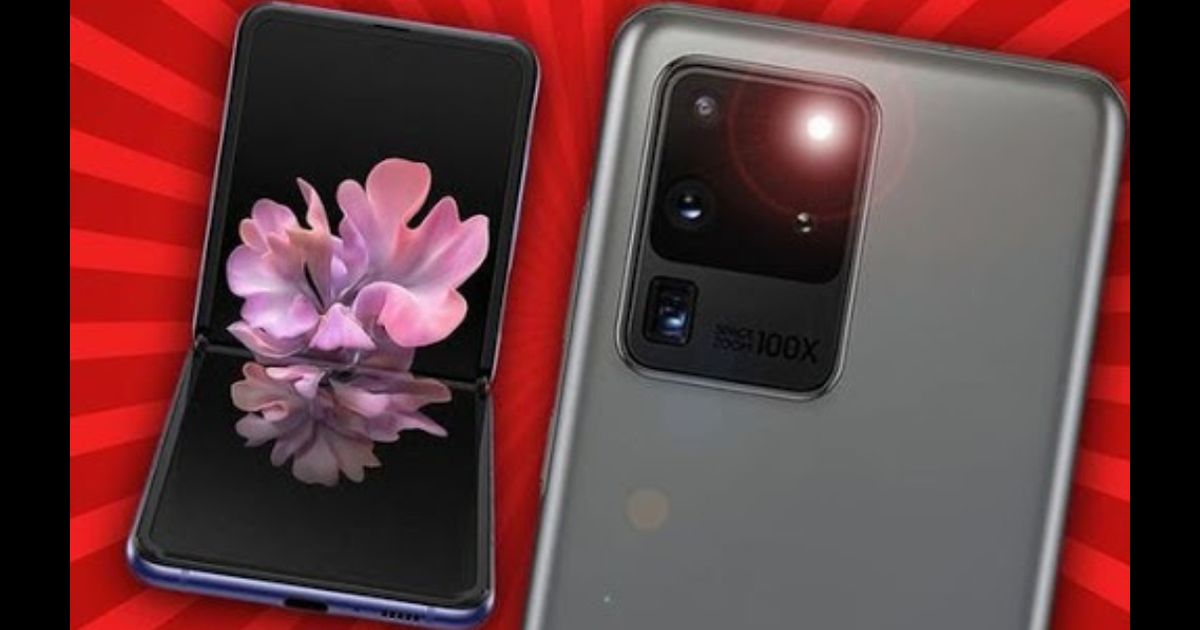 The Galaxy Z Flip is Samsung’s second-generation folding device. It launched in the US and UK on February 14th, 2020 but is yet to hit the local markets. In both cases, the Galaxy Z Flip is a unique device – combining the nostalgic form factor from almost two decades ago with the brilliance of Samsung’s second-generation Hideaway Hinge and flexible display technology.

Currently, the expected cost has been estimated to PKR 279,999 in Pakistan, however, this is subject to change depending on the retailers. The phone is available in three colours: Mirror Purple, Mirror Black and Mirror Gold.

Add a Fashionable Touch to Your Life with Galaxy Z Flip https://t.co/SSZIpZHDBW pic.twitter.com/o96K62HBCP

One might wonder that these specs aren’t groundbreaking, but they are certainly not midrange by any means. It’s running the 2019 Snapdragon 855+ with 8GB of RAM and 256GB of storage – so it’s basically a flagship Samsung Galaxy phone on the inside.

The AMOLED screen has a punch hole cut-out for the 10MP selfie camera and the dual 12MP cameras look promising. The Z Flip also keeps some of the flagship Galaxy’s charging features like wireless charging and Power Share (reverse wireless charging). The 3,300 mAh battery seems a bit small, though.

Folding smartphones come with two major aspects to address: the screen and the hinge. These two parts are such a focus because they aren’t yet mastered, which is why all the experimentation is happening here – thereby, they are also where the biggest points of failure are found.

This is the most concerning entity. Yes, it really does use glass that bends, which is an undeniable feat of engineering! One might wonder how. According to The Verge’s Sean Hollister, there’s actually a relatively simple explanation for how Samsung pulled that off: “practically anything can be bent if you make it thin enough.”

Samsung’s so-called “Ultra Thin Glass” is 30 microns thick, on the order of a very thin human hair. That has consequences. Chief among them: any ding or nick in the glass could be catastrophic. To solve for that, Samsung covered the glass with a second, plastic layer. That layer is fairly soft, which is why it picks up indentations from fingernails if you press too hard and why it scratched so easily

On to the hinge, the other source of angst for folding phones. There are a couple of things to know about it.

Firstlt, it is pretty stiff. That hinge stiffness adds to the overall sense of trust and durability, but it also makes it hard to flip out the phone one-handed. The second thing is that Samsung explains that hinge stiffness by pointing out that you can set the phone down on a table half-opened like a small laptop or notebook. It’s called “Flex Mode”, and the idea is that you can use it to make video calls or take photos. Right now, only a few apps support it.

The only real reason to consider the Galaxy Z Flip is for its out-of-the-box design. Samsung’s Hideaway Hinge makes it possible for the handset to fold to a compact footprint. The hinge is a redesigned update from the Galaxy Fold with improved folding action and brushes that prevent dust and debris from entering through either end of the Hideaway Hinge.

On the back of the upper half of the screen is the dual-camera setup with LED flash, across from the 1.1-inch Super AMOLED external display.

Some might prefer the Mirror Black model, but for a phone this flashy, the Purple will likely be the more popular one. There’s also a Mirror Gold one but it is not yet available in Western markets. We wish Samsung would have made this in an elegant silver finish or even a pearl white. We anticipate Samsung is holding out on other colors for future release or for a successor to the Z Flip.

To summarize, the phone has a Neat folding concept, a cool split screen UI and a Premium feel. However, it is quite expensive. So, is the Samsung Galaxy Z Flip worth it? That’s for you to decide.