Game of thrones: Remembering what happened so far 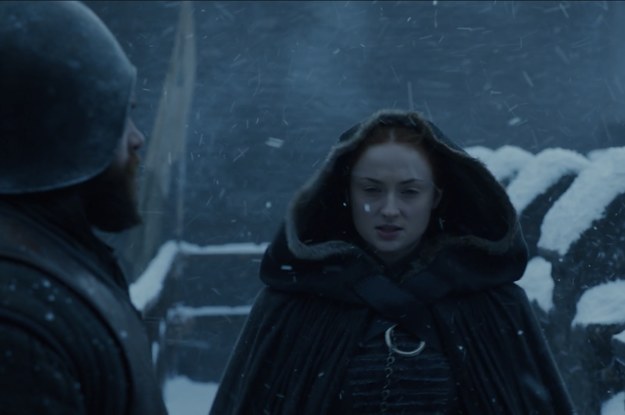 The new Game of Thrones season is finally here and a lot of us forgot where the show left us last year. If you are one of those people, worry no more because this Game of Thrones recap will jolt your memory so that you’re all set and ready to start watching season 7 which premiers on HBO today. There are obviously spoilers ahead in case you haven’t seen the last season, so proceed with caution!

From second comings, to human pie – season 6 was a true spectacle with a whole lot of juicy scenes. Since the show is all about who gets on the iron throne, let’s begin by all the messed up things that happened in King’s Landing.

Cersei Lannister, wife of the late king Robert Baratheon and mother of the current king Tommen Baratheon (lucky kid who goes through puberty with Natalie Dormer), spends the entire season in a state of despair. The high sparrow (bald religious dude who dresses like he got mugged) begins gaining influence in King’s Landing, which means getting closer to punishing Cersei for her incestuous endeavors. Soon enough, a trial date is announced for her and things seem to be going bad for her.

That is, until she turns on bad-ass mode again, doesn’t go to a trial (without even responding to the RSVP), and literally blows up everyone who showed up with wildfire (which is fire, but wild). Tommen, seeing the explosion from his room, gives a new meaning to the name King’s Landing by jumping out of his window and (supposedly?) falling to his death. The season ends by showing Cersei finally getting on the iron throne.

Coincidentally Pakistan is also set to hear the result of an investigation today. Let’s hope the real world doesn’t take inspiration from Game of Thrones.

Snow returns in the summer:

One thing we all remembered last year was Jon Snow’s death, and sure enough all of us remember his resurrection in season 6 by Melisandre (the red witch lady). After executing his enemies, Snow decides to leave the Night’s Watch because his oath only applied till death and did technically die already. He rides towards the families of the north in order to put together an army to fight Winterfell. Winterfell at the time was occupied by Ramsay Bolton, who had taken the position by murdering his adoptive father.

At this point, Ramsay is arguably the most hated character because of the domestic violence allegations by his forced-wife Sansa Stark. Fortunately, Sansa was able to run away from her abusive husband and feminism wins.

A glorious fight occurs between Ramsay and Jon, aptly termed as the Battle of the Bastards. The fight begins by a public execution of Jon’s younger half-brother, Rickon Stark who had apparently been alive till that point. Jon’s army is almost completely destroyed until the Knights of the Vale come to his rescue and defeat Ramsay. Ramsay becomes a prisoner of the Starks, but Sansa feeds him to his own hounds because prisoner-of-war rights are not recognized in this alternate universe.

Arya, the short girl holding a lot of grudges, starts off in the season still blind but eventually regains her vision after drinking magic water. The water was unable to cure her anger, so after a series of failed assassinations both, on other people and one on her, she announces that she no longer wishes to work for the man with no name. She gets back to her plan of avenging her family, and starts off by focusing on Walder Frey, the man responsible for betraying and thereby killing her brother, mother, and sister-in-law.

Read more: PEMRA and the fate of Indian shows

In an iconic scene, she puts on a new face and pretends to be Frey’s servant. At dinner time, she serves the lord a pie stuffed with the meat of his sons and then proceeds to slit his throat.

“Revenge is a dish best served in a pie”

Bran sees too much:

Brandon Stark’s powers saw an increase in intensity with the new season. He began seeing visions of his father fighting some guards outside the Tower of Joy from the past. In another vision, he sees how the Children of the Forest had created the White-walkers to protect themselves from men. He is shown journeying beyond the wall until he is attacked White-walkers, but is helped by Hodor who sacrifices his life for him. In the scene we are shown how Hodor became Hodor, and how his name is just a fast way of saying Hold the door.

“I didn’t want anyone to die for me” – Brandon Stark

Regardless, Bran is saved by a knight in black who turns out to be his uncle Benjen Stark. In his final scene he gets a sequel vision to the Tower of Joy scene. It is revealed that Jon Snow was born in the tower to Ned Stark’s sister – the father being Rhaegar Targaryen.

The Hound joins a church-group:

After apparently falling to his death dueling Brienne (the big lady opposing gender stereotypes), Sandor Clegane, otherwise known as The Hound is shown healthy again. He was nursed back to health by a former soldier who invites him to forgo the violent life and devote his time to building a Sept for the Gods.

That, however, doesn’t last very long because as it turns out that a couple of bad guys from the Brotherhood without banners massacred all the villagers and he is once again left alone in this cold and empty world. He picks up his axe, tracks them down, and brutally kills the men.

And there you have it! That’s all the major stuff that happened in season 6, and all that you need to know to start off the new seasons.

Previous articleGulf crisis: Wests keen eye on strategic and economic benefits
Next articleJIT report: The road to a stronger Pakistan