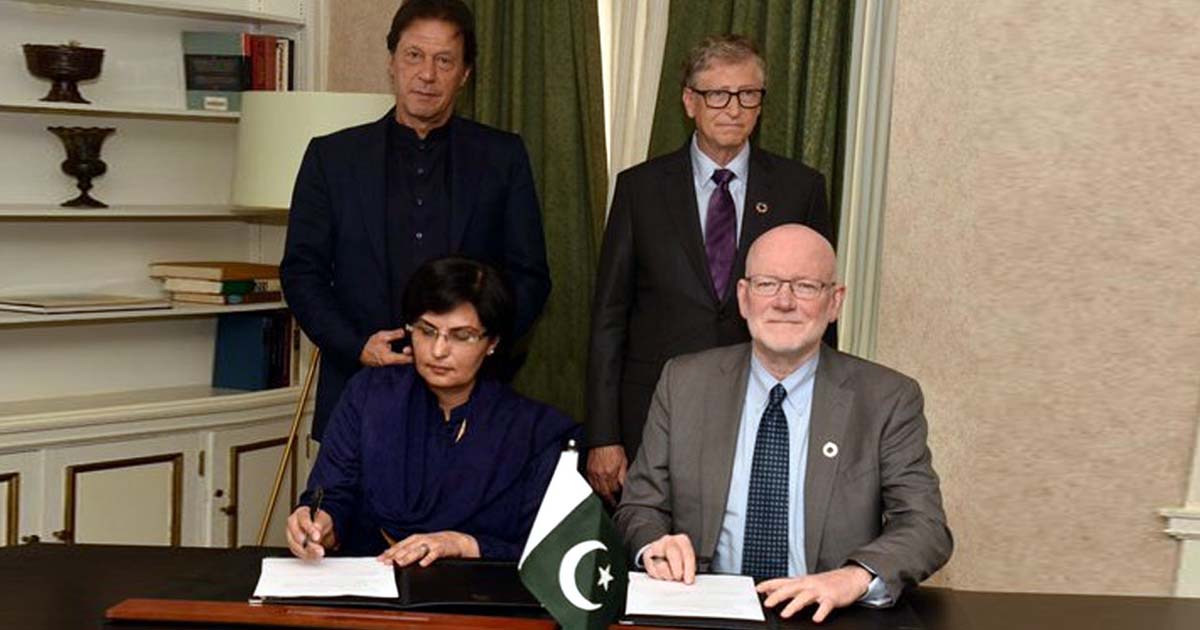 A memorandum of understanding was signed by both parties in a meeting held in New York. Dr. Sania Nishtar, Special Assistant to the Prime Minister of Pakistan and Chairperson of the ‘Ehsaas Program’ was also present in the meeting. Dr. Sania Nishtar and President of Global Development at B&MGF Dr. Chris Elias inked the MoU.

The global outcry followed the announcement of Gates Foundation to award PM Modi for the construction of toilets across India.

According to the MOU, $200mn will be spent on the 134 poverty alleviation project. Speaking on the occasion, the premier asserted the program is a big project in the history of Pakistan and he is pleased that the Bill and Melinda Gates Foundation will assist the range of activities related to the program. PM added that the Ehsaas program will turn Pakistan into a welfare state, adding that poverty alleviation was on the top priority of his government since day one.

During the meeting with Bill Gates, PM Imran Khan expressed full commitment to put measures in place to end polio once and for all. Bill & Melinda Gates Foundation plans to spend about $200 million in Pakistan in 2020.@BillGates #UNGA #UNGA74 pic.twitter.com/Fl1HHvVllX

"Ehsaas" have covered a range of shared development priorities. The new collaboration continues the foundation’s more than decade-long work in Pakistan. #UNGA #UNGA74

The Ehsaas initiative is a multi-dimensional initiative aimed at reducing inequality, investing in people, and lifting lagging districts. It has three components interest-free loans, vocational and skills training, and asset transfers. It also has three distinguishing features — consolidation of resources, synergy through partnerships, and a focus on governance.

Read more: Dr. Sania teams up with Bill Gates against polio and poverty

While social media hailed the decision, they also demanded PM Khan to request Bill Gates to open a regional office in Pakistan, to provide employment to Pakistani IT experts and thrive IT industry in Pakistan.

Previous articleIs there a conspiracy to fail the Clean Karachi Campaign?
Next articleUS presses India hard to end lockdown in Kashmir

18 September 2021
Previous articleIs there a conspiracy to fail the Clean Karachi Campaign?
Next articleUS presses India hard to end lockdown in Kashmir

Paresh Rawal bashed for his unapologetic tweets on Rohingyas, Kashmir and Pakistan.