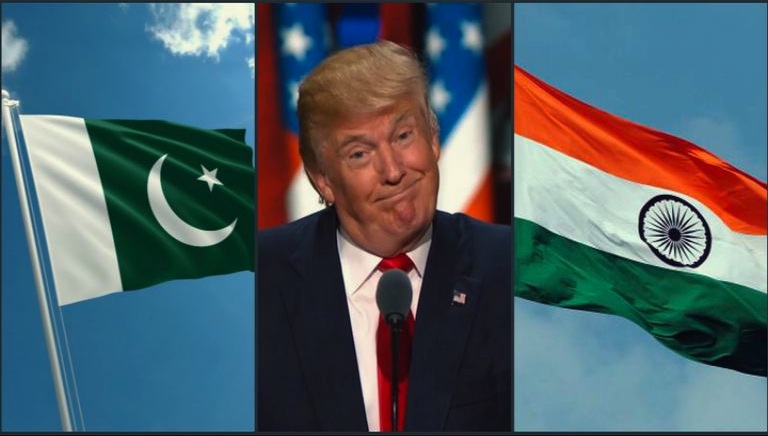 General Nicholson, the commander of US forces in Afghanistan, said that he is well aware of the presence of Taliban leadership in the Pakistani cities of Peshawar and Quetta. He said this while giving an exclusive interview to Tolo News on Saturday.

The statement comes days after Pak-US ties are going from bad to worst in light of the new US South Asia strategy. President Trump had cleared the way for the deployment of more US troops in the country, pandering to repeated requests of General Nicholson. Trump berated Pakistan for its alleged support to terrorists and decided to ask India to play a lead role in war efforts in Afghanistan.Islamabad has rejected Trump’s allegations; further imploring the US to target hideouts inimical to it inside Afghanistan and has criticized Indian role in that country.

“The Quetta Shura, Peshawar Shura, these shuras are identified by cities inside Pakistan, we know Afghan Taliban leaders are in these areas,” Nicholson said while adding that the issues of sanctuaries and support to miscreants need to be addressed and are being addressed in private at the government level between Washington and Islamabad.“Support for terrorists and insurgents has to be reduced, has to be stopped,” said Nicholson.

Amid tensions with the US, Pakistan has taken a defiant stand. On many occasions have said that they don’t require US financial assistance, which is ever-reducing. With Pakistan strengthened ties with China, analysts believe that the US can hardly browbeat that country. General Nicholson’s statements are hence important and noteworthy.

When specifically asked whether the Taliban leadership in Quetta and Peshawar and other major Pakistan cities “shouldn’t sleep in peace from now on”, he said, “I won’t put words in the (US) president’s mouth but he definitely conveyed this message.” He further said that his job is to fight in Afghanistan.

Delhi wants the US to inflict compelling punishments on Pakistan by hitting alleged targets inside Pakistan. Tillerson’s and Nicholson’s  comments will hence go down well with Delhi.

Top US officials have hinted at ramping up military pressure on Pakistan if the country doesn’t change its allegedly inimical behavior. Secretary of State, Rex Tillerson said:“We are going to attack terrorists wherever they live, and we have put people on notice that if you are harboring or providing safe haven to terrorists, be warned, be forewarned,” He added that all options are on the table.

India while welcoming US’ request for its role in helping Afghanistan, showed euphoria over Trump’s references to terrorist safe havens in Pakistan. Delhi wants the US to inflict compelling punishments on Pakistan by hitting alleged targets inside Pakistan. Tillerson’s and Nicholson’s  comments will hence go down well with Delhi.

More or less all agree on the fact that the security forces are competent enough to thwart the very many challenges and threats that Pakistan is encountering.

Expanding the theatre of operations

Though a bit early to say but the US may be lured to go for strikes inside Pakistan. The US,  time and again violates Pakistani airspace and carry-out drone strikes. Twice they have gone a step further in 2011. One was the Abbottabad Operation which took out Osama Bin Laden and the other was when NATO and US forces attacked a Pakistani check post in Salala, martyring 26 Pakistani army personnel. The US could possibly expand their drone operations to the cities of Peshawar and Quetta, should the Taliban continue to prevail in the battlefield in Afghanistan.

Read more:Tillerson asks India to improve ties with Pakistan: too little too…

Previous US incursions of various kinds and types had one theme in common.They harmed the repute of the armed forces. Common Pakistan venerates, trust and laud the armed forces of the country. More or less all agree on the fact that the security forces are competent enough to thwart the very many challenges and threats that Pakistan is encountering.

As the US in connivance with India and Afghanistan tries to showcase the Pakistani military as complicit in terrorism, the military is on the forefront in fighting the war of bullets and that of narratives; dishing out details of its efforts against the menace of terrorism.

The US may find attacking Pakistan’s center of gravity fruitful, but a brazen Pakistan with more than adequate capabilities to respond can add to the trouble for US forces; needless to say, the upped ante will be foolhardy on part of the US.

The US wants to compel Pakistan to do what it allegedly doesn’t want to do. The non-military options are unlikely to have a telling impact on Pakistan. The US may find it tenable to target the repute of the Army and drive a wedge between the people and the armed forces. Compellance by punishment may just fit in the US matrix.

Read more: Tillerson hints at Air strikes in Pakistan; will the US find…

Airstrikes or offensive operations can be responded to by the Pakistan military but it will run the risk of deadly escalation. Hence, any attack on Pakistan will exert public pressure on the military to retaliate, which it may not cave into owing to various logical reasons. This would help the US and India to discredit the Army, causing a compelling effect. The US may find attacking Pakistan’s center of gravity fruitful, but a brazen Pakistan with more than adequate capabilities to respond can add to the trouble for US forces; needless to say, the upped ante will be foolhardy on part of the US.

Compromise only at Pakistan’s peril

PM Khan says he will meet Taliban when he returns