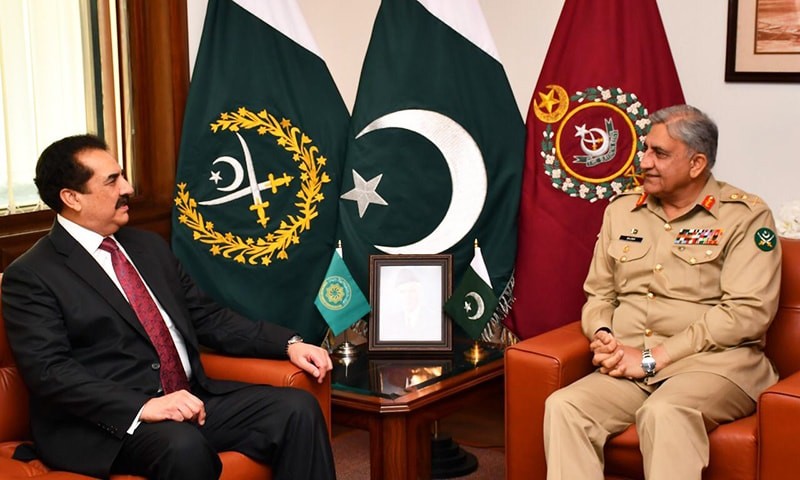 Commenting on His Highness Prince Mohammad Bin Zayed’s trip to Pakistan and its backdrop, prominent defense analyst Maj ® Ikram Sehgal has said that former Army Chief Gen ® Raheel Sharif and the current Army Chief Gen Qamar Bajwa played an important role in breaking the ice between Pakistan and the UAE. “It’s a positive development in the foreign policy of Pakistan. These relations were previously spoiled by the Yemen war”.

He made these statements while talking to the prominent anchor-person Dr. Moeed Pirzada in his Prime-time Show “live with Moeed Pirzada” on Monday, January 7th. “Chief of Army Staff General Qamar Javed Bajwa has so far visited Abu Dhabi four times to strengthen Pakistan’s ties with UAE,” said Ikram Sehgal. While expressing his views about the inclusion of deferred oil payment in the package of UAE, Ikram Sehgal said that ‘it amounts to $3.2billion and is very vital to this agreement’.

The Abu Dhabi crown prince was given a guard of honor and a fly-past salute during a welcome ceremony at the Prime Minister House, followed by a one-on-one meeting.

When asked about the future UAE-India relations, Mr. Sehgal told that Pakistan-UAE relations will weaken the strategic ties between UAE and India because Pakistan’ s strategic location is more important for UAE as compared to that of India. He added further that India went very close to UAE in 2015 in strategic relations.

“When Pakistan did not send her troops to Yemen, KSA and UAE were vexed with Pakistan; similarly, the President of the United States Donald Trump expected India to send her troops to Afghanistan but India did not do that; these actions of India may have the same consequences as those of Pakistan with UAE.”

The Abu Dhabi crown prince was given a guard of honor and a fly-past salute during a welcome ceremony at the Prime Minister House, followed by a one-on-one meeting. During the tete-a-tete talk, the two leaders deliberated on the need to strengthen the bilateral economic relationship and long-term investment framework; for that purpose, both agreed to form a joint task force to enhance trade between countries.

According to a joint statement issued after the visit culminated, PM Imran thanked the crown prince for the “generous” balance-of-payments support of $3 billion.” As per media reports, the total $6.2bn financial package was announced for Pakistan by UAE  which comprises of $3.2bn worth of oil supplies on deferred payment and $ 3 billion in cash to State Bank of Pakistan.

It’s about time we chant the slogan “Kashmiri lives matter!”