In a rare public statement, retired General James Mattis has condemned President Trump's leadership as divisive for the American people. His stinging remarks were countered by Trump on twitter, calling him the most overrated general. Meanwhile, other generals have also echoed Mattis' criticism of Trump. 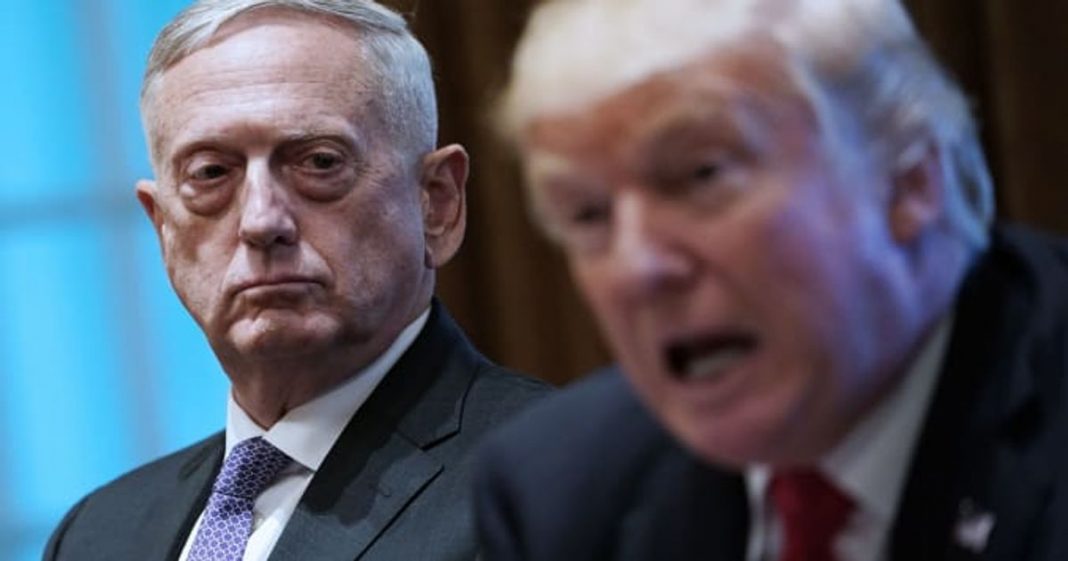 In a rare turn of events, Former Pentagon chief James Mattis issued a stinging rebuke of his erstwhile boss Donald Trump on Wednesday, accusing the president of trying to “divide” America and failing to provide “mature leadership” as the country reels from days of protests. The rebuke from the decorated general is a rare one issued by any member of the military, as it is supposed to remain apolitical to any development going on in the United States.

Mattis, who resigned in December 2018 over Trump’s ordering of a full troop withdrawal from Syria, also voiced support for the demonstrators whose anti-racism rallies have roiled the country.

Donald Trump does not try to unite the people: James Mattis

“Donald Trump is the first president in my lifetime who does not try to unite the American people — does not even pretend to try,” Mattis wrote in a blistering statement posted online by The Atlantic.

"Donald Trump is the first president in my lifetime who does not try to unite the American people—does not even pretend to try. Instead he tries to divide us," said former Defense Secretary James Mattis https://t.co/73PZDtP3WR— TIME (@TIME) June 4, 2020

“Instead, he tries to divide us,” added the retired Marine general, who had previously argued it would be inappropriate for him to criticize a sitting president.

“We are witnessing the consequences of three years without mature leadership,” he stated.

Mattis described himself as “angry and appalled” after witnessing events of the last week, which saw Trump threaten a military crackdown on American citizens as nationwide protests turned violent in some cities.

The fury was ignited by the May 25 killing of George Floyd, a black man who suffocated beneath the knee of a white police officer, and whose agonizing death was filmed by bystanders.

The demonstrations have mostly been peaceful, but some have degenerated into violence and looting as night falls.

Mattis wrote that the protesters’ call for equal justice was a “wholesome and unifying demand.”

And he slammed the decision to use force to clear peaceful protesters from near the White House on Monday to allow Trump to pose for photographs at a nearby damaged church, calling it an “abuse of executive authority.”

Read more: Unrest envelopes US cities as protests spread across the country

The photo op has become a lightning rod for criticism of Trump’s handling of the crisis, with religious leaders, politicians, and onlookers around the country expressing outrage.

“When I joined the military, some 50 years ago, I swore an oath to support and defend the Constitution,” Mattis stated.

“Never did I dream that troops taking that same oath would be ordered under any circumstance to violate the Constitutional rights of their fellow citizens — much less to provide a bizarre photo op for the elected commander-in-chief, with military leadership standing alongside.”

Trump hits back at James Mattis; calls him ‘overrated’

Trump dismissed Mattis with a tweet, rehashing his claim that he “essentially” fired his Pentagon chief.

…His primary strength was not military, but rather personal public relations. I gave him a new life, things to do, and battles to win, but he seldom “brought home the bacon”. I didn’t like his “leadership” style or much else about him, and many others agree. Glad he is gone!— Donald J. Trump (@realDonaldTrump) June 4, 2020

“Probably the only thing Barack Obama and I have in common is that we both had the honor of firing Jim Mattis, the world’s most overrated General,” the president wrote.

“I asked for his letter of resignation, & felt great about it. His nickname was ‘Chaos’, which I didn’t like, & changed it to ‘Mad Dog.’ His primary strength was not military, but rather personal public relations. I gave him a new life, things to do, and battles to win, but he seldom ‘brought home the bacon’. I didn’t like his ‘leadership’ style or much else about him, and many others agree. Glad he is gone!”

Mattis was head of US Central Command when Obama fired him in 2013 over his hawkish views on Iran.

For months after Mattis resigned, he refused to criticize Trump publicly, insisting the military must remain apolitical.

Wednesday’s statement appeared to signaled he no longer felt bound by that sentiment, as he called for solidarity — with or without the president.

“We can unite without him, drawing on the strengths inherent in our civil society,” Mattis wrote.

Retired Marine Corps General John Allen echoed Mattis’ criticism of Trump after his speech threatening to deploy the US military against American citizens.

“To even the casual observer, Monday was awful for the United States and its democracy,” the former commander of US and NATO forces in Afghanistan wrote in Foreign Policy.

“The president’s speech was calculated to project his abject and arbitrary power, but he failed to project any of the higher emotions or leadership desperately needed in every quarter of this nation during this dire moment.”

“Donald Trump isn’t religious, has no need of religion, and doesn’t care about the devout, except insofar as they serve his political needs,” he wrote.

General Mark Milley also weighs in on the debate

General Mark Milley in a letter to all branches of the United States Armed Forces, asked them to remain committed to the principles of the American Constitution. Trump had earlier left Milley in charge of the Administration’s response to the ongoing protests.

He said that every member of the Armed Forces to remain committed to the ideals embodied in the American constitution.

“We in uniform remain committed to our national values and principles embedded in the Constitution”, said Milley.

PTI: Split, angry and confused over Public execution of child-rapists

Emmanuel Macron does not need to build an Enlightenment Islam, because that already exists