OIC’s Independent Permanent Human Rights Commission (IPHRC) on Friday condemned India for persistently carrying out the genocide policy in IoK. But the question is will the western world pay heed to such human rights violations being committed by India or not? 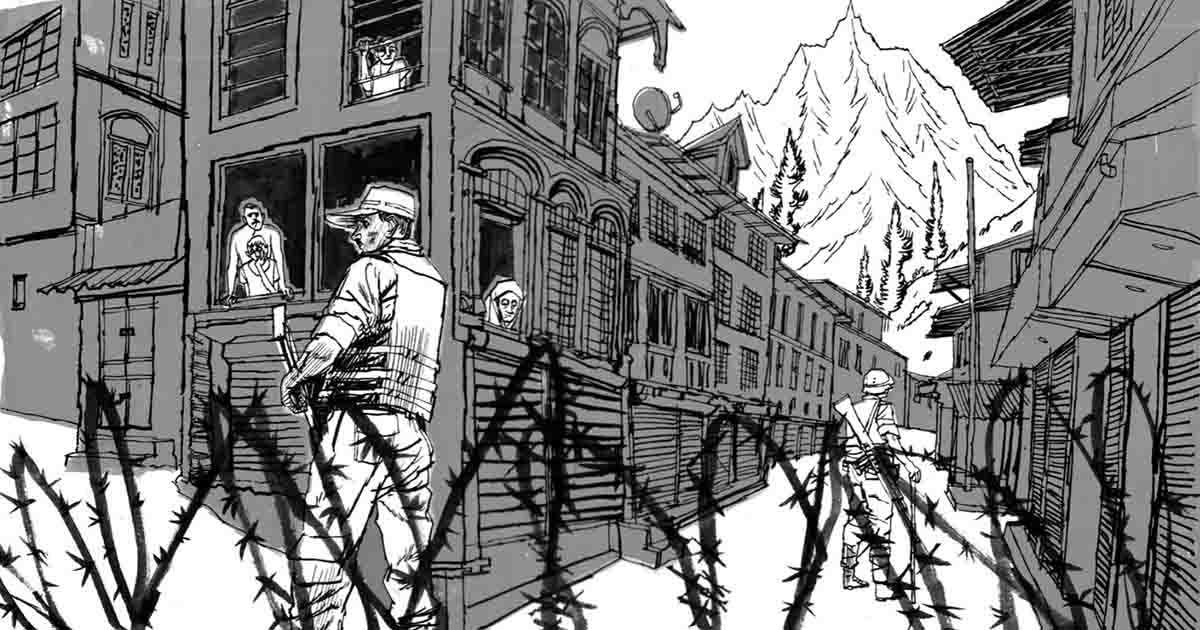 The Organization of Islamic Countries’ (OIC) Independent Permanent Human Rights Commission (IPHRC) on Friday condemned India for its ongoing gross human rights violations in Indian-occupied Kashmir (IoK) and said that the systematic and systemic violations have a well-defined pattern that tantamount to ethnic cleansing and genocide of Kashmiris.

According to a press release, the commission held an open meeting to review the worsening human rights situation in the IoK during its recently concluded 16th Session in Jeddah. The meeting was attended by all the commission members and a large number of representatives of the OIC member and observer states.

The statement said, “The Commission was appalled to note that, the Indian Government in an attempt to quell the Kashmiri struggle for the right to self-determination, has resorted to relentless political, economic and communication blockade in IoK, which has completed more than 115 days with no sign of letting up in sight.”

The body noted that since August 5, the Indian government’s deployment of over half a million security personnel in the disputed territory has “practically turned the IoK into the biggest open prison”.

Moreover, it also declared India’s move to abrogate Articles 35A and 370 was illegal and void. The OIC’s body also stated that the move aims to change the “demographic composition of IOK” by making the occupied Muslim population a minority within their homeland.

IPHRC also strongly condemned the continued use of pellet guns, use of arbitrary arrests and extrajudicial killings, as well as targeting of both the religious and political leadership of Kashmiris under fabricated charges.

The commission stated, “These systematic and systemic human rights violations have a well-defined pattern that tantamount to ethnic cleansing and genocide of Kashmiris, which falls under the definition of the most serious crimes of concern to the international community.”

The IPHC also endorsed the UN high commissioner for human rights recommendation to establish an inquiry commission to comprehensively investigate all the allegations of human rights violations.

It is important to note that India is on its way to becoming a Hindu extremist state. Since the electoral win of Indian Prime Minister Narendra Modi in 2014, the country has been undergoing a massive socio-political change and moving towards an extremist Hindu state. Media reports suggest that freedom is under threat in India where secular values are being replaced with extremist Hindu ideologies where religious minorities enjoy little space to practice their religious teachings.

Pakistan has been making all possible efforts to highlight the state of human rights in Indian occupied Kashmir where innocent Kashmiris are being targeted. Earlier, Prime Minister Imran Khan had called upon the United Nations Human Rights Council to immediately set up an independent investigation commission to probe human rights abuses in occupied Kashmir as recommended in the two OHCHR reports on the disputed territory.

A report was also issued by the UN expressing severe reservations over human rights violations in the valley. The report of the United Nations’ Office of High Commissioner on Human Rights (OHCHR) on Kashmir concluded that the situation in India occupied Kashmir is worst. Christine Chung, one of the authors of the report was invited to the event by the sub-committee.

It is worth noting here that the OHCHR issued its first-ever report on the situation in Kashmir June 14, 2018. The report highlights the protests after the martyrdom of Burhan Wani in 2016 and the brutal use of pellet guns against protesters among the human rights violations in Indian-held Kashmir. The report noted that Indian armed forces not only use force indiscriminately but also rape and humiliate Kashmiri women. A member of the European Parliament also called on India “to end violence against women & children in IOK. Voices of Kashmiri women & children must be heard.”

The international community has raised its concerns over the brutalities being committed by India. Recently, the European Parliament stood up for the people of Kashmir. “Members of the European Parliament called on India to immediately put a halt to its atrocities in Indian Occupied Kashmir and carry out investigations into the incidents of grave human rights violations.”

Members of European Parliament called on India to immediately put a halt to its atrocities in Indian Occupied Kashmir and carry out investigations into the incidents of grave human rights violations. pic.twitter.com/MIbrRULsqJ— Govt of Pakistan (@pid_gov) February 20, 2019

Almost 25% of Delhi has been infected by coronavirus: study

Coronavirus: One third of humanity under lockdown

Indian extradited to US from Singapore in call center fraud