Germans complain of US swooping on Chinese masks at airport

The US is facing a shortage of masks, ventilators and other medical equipment required to combat the coronavirus. Therefore, they bought a French-bound Chinese plane consisting of face masks; bought another one destined to be transported to Germany at a Bangkok airport. Germany, while complaining US officials, said that they swooped masks like hawks. With warnings from the US scientists that the virus could spread by normal breathing and talking, the demand for face masks has increased exponentially. 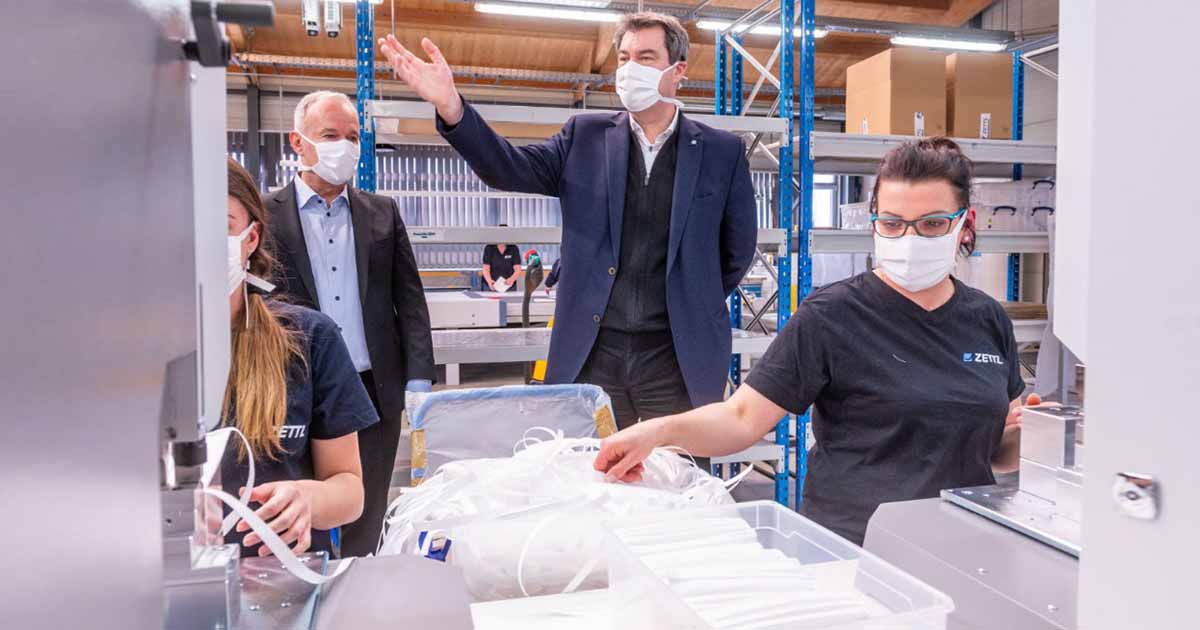 The United States diverted a delivery of Chinese-made face masks bound for Germany at a Bangkok airport, a Berlin city official said Friday, accusing Washington of “modern-day piracy” as competition for protective gear against the coronavirus heats up.

In a statement Berlin’s state minister of the interior, Andreas Geisel, said 200,000 highly sought-after FFP2 masks, made by an American firm in China and destined for use by Berlin police, were “confiscated” in Bangkok.

“At the moment we assume this is in connection with the US government’s export ban on masks,” the statement said.

President Donald Trump, after a late start in procuring urgently needed protective gear, has in recent days invoked the Defense Production Act to get US firms to divert their resources to the battle against the pandemic.

According to German newspaper Bild, the hijacked shipment contained masks made in China by US firm 3M, one of the leading brands in the sector, that were then diverted to the United States.

Trump had on Thursday lashed out at 3M on Twitter, saying the administration “hit 3M hard today after seeing what they were doing with their Masks”.

“P Act” all the way. Big surprise to many in government as to what they were doing – will have a big price to pay!”, he wrote, referring to the Defense Production Act.

German Health Minister Jens Spahn told a press conference on Friday that he was unaware of the specific incident in Bangkok but said reports of this kind had been coming in and “are generally not a good development”.

Local official Geisel was more blunt, blasting the US for resorting to “methods from the Wild West”.

“We see this as an act of modern-day piracy,” he said, urging the German government to remind Washington to “comply with international rules”.

French officials have also complained this week that Americans had swooped on Chinese masks ordered by France, after apparently outbidding them on a shipment that had already been lined up.

A senior US official however told AFP that the claims were “completely false”.

In Canada, Prime Minister Justin Trudeau has asked officials to look into similar claims that masks were being diverted from his country, calling such reports “concerning.”

Previous articleRussia agrees to end price war with Saudi as US mediates
Next articleCoronavirus in Turkey: “Youth will not be allowed … on the street”

17 September 2021
Previous articleRussia agrees to end price war with Saudi as US mediates
Next articleCoronavirus in Turkey: “Youth will not be allowed … on the street”

The Policy of ‘Showing Concern’: Imran Khan in Saudi Arabia to lobby for Kashmir