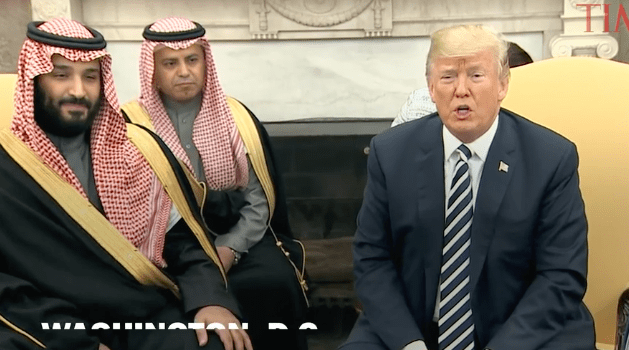 On Saturday 14th April, US President Donald Trump made headlines with his decision to strike Syria over the alleged use of chemical weapons by the Assad Regime in the town of Douma. The strikes targeted in what has become clear now a scientific research centre near Damascus, a chemical weapons storage facility west of Homs and a storage facility and command post near Homs. Although the strikes did not come to anyone’s surprise, given President Trump repeated warnings over the week leading to the operation, two important things stand out.

First, the United Kingdom and France participated in the strikes and second Germany did not. Germany’s decision to not support the air strikes in Syria grabbed headlines in Europe, where some condemned Berlin for its lack of support towards its western allies while others described the move in sync with its pacifist foreign policy. In this regard, it becomes important to analyze Germany’s decision for not participating in the airstrikes. For doing so, three important things need to be considered 1. Germany’s foreign policy objectives in Syria, 2. Domestic compulsions and 3. Germany’s relations with Russia.

German strategy in Syria falls in line with its overall foreign policy which focuses on five key aspects; Rejection of War in International Relations; emphasis on Europeanism and Transatlanticism, Protection of Human Rights and Democracy; Multilateralism; and Ostpolitik- change through economic interlocking. With regards to Syria, Germany’s approach has been consistent with its foreign policy where the primary focus has been on finding a political solution to the civil war in Syria, rather than engaging in a long-term military effort to achieve political goals. The idea for not using military force stems from the belief that military intervention alone will not lead to finding a peaceful solution given the involvement of many regional players, for example, Saudi Arabia, Iran and Turkey and as well as the United States and Russia.

Moreover, German engagement in Syria is not based on the idea of regime change as propagated by the United States, France and the UK. German actions in large are motivated by the terrorist attacks in major European cities; Paris, Nice, Berlin, London and Brussels and the destabilization in the EU southern neighbourhood with the influx of refugees in Italy, Greece and Macedonia most of whom wanted to take refuge in Germany. In order words, refugees, illegal immigrants and terror attacks in major European cities formed the main reason for German involvement in Syria.

As much as the public opinion is in favour of improving relations with Russia, even the German foreign policy emphasizes on bettering ties through building a strong economic relationship. In fact, the German Ostpolitik is often criticized by the western allies for overlooking collective western security interests for economic dividends.

Following this, it becomes easy to comprehend the limited German military involvement in Iraq and Syria. In August 2014, the German federal government decided to bolster its effort by shipping military equipment, including weapons and ammunition, to Kurdish Peshmerga forces in northern Iraq. More so, after the Paris attacks on 13 November 2015, the German government responded to the France invocation of the EU Treaty’s mutual defence clause, Article 42.7, calling for support and solidarity by joining the international coalition in the fight against the Islamic State in both Syria and Iraq.

Read more: The Problem in the European Union

The support included, the deployment of 1200 Bundeswehr soldiers and 6 Tornado surveillance jets, aircraft for aerial refuelling of French fighter jets, a frigate to protect France’s aircraft carrier Charles de Gaulle, as well as satellite data. The Bundestag also sent around 650 troops to the UN Mission in Mali to support French troops. An important thing to consider is that the decision to deploy troops was taken in the wake of ISIS attack in Paris and to show solidarity to the western allies particularly France. Hence, the military deployment was in collaboration with the joint effort to defeat the Islamic State in Iraq and Syria.

Given the recent success of the Assad regime in defeating ISIS in Syria and the US and the Iraq government involvement in eliminating ISIS in Iraq, the major objective of Germany’s foreign policy has been achieved. The focus now is on handling the refugees, sending them back to Syria, for which the German government needs to have a political solution as soon as possible. Any further escalation in the Syrian conflict only raises more problems for handling the refugee situation. This is one of the main reasons why the German government does not want to escalate the conflict in Syria, even though at times it needs to show solidarity to its western allies. The diplomatic approach of Berlin over Syria is driven as much by its pacifist foreign policy as by its domestic compulsion of handling the refugee problem at home.

The difficulty in forming the government since the September 2017 federal elections exposed the true nature of the domestic problem in Germany. None of the major parties, for instance, Angela Merkel’s Christian Democratic Union (CDU) and the Social Democratic Party (SPD) were able to hold the majority to form the government, which gave way to a prolonged period of political negotiations resulting in a coalition government between the two parties. The reason for this political ruckus was the emergence of a new nationalist party, Alternative for Germany (AfD), whose electoral success came at the expense of CDU and SPD. The AFD ran on an anti-immigration, anti-Islam platform and was able to win 94 seats in the Bundestag, giving its nationalist agenda new visibility.

The idea for not using military force stems from the belief that military intervention alone will not lead to finding a peaceful solution given the involvement of many regional players, for example, Saudi Arabia, Iran and Turkey and as well as the United States and Russia.

A recently conducted poll by Institut für neue soziale Antworten (INSA) published in the  Bild newspaper, shows the popularity of the AFD rising to 16 percent, putting them ahead of the Social Democrats and just marginally behind the CDU. AFD is fiercely critical of Merkel’s refugee policy and has been able to generate substantial public support for its politics. This puts additional pressure on Merkel and her immigration cause. Since 2014, 513,213 Syrians have applied for asylum in Germany. Having such high number of refugees represent a two-fold challenge for Merkel. First, the domestic problem of settling these refugees and having them integrated into the society and second the threat of some of these refugees turning rouge. In other words, if Germany escalates the offensive in Syria, or lends military support to the US operations, that could jeopardize the security at home. With growing popularity of AFD, Merkel could least afford to imagine such a scenario. Hence, diplomatic refrainment serves as a viable option.

Read more: Is the European project sinking with the rise of Nationalism?

As much as Germany’s policy towards Syria is based on foreign policy pragmaticism and domestic compulsions, Berlin’s complicated relations with Moscow cannot be ignored. The missile strikes carried out by the US, France and the UK, were largely seen as political messaging to Moscow, enough though the pretext of the operation was the alleged use of chemical weapons by the Assad regime. More so, the rhetoric of Russia as a challenge to the global world order is predominantly high in all three countries that participated in the strike.

For example, the US- following months of debates and investigations surrounding the alleged Russian meddling in the November 2016 US Presidential elections have placed the relations to a new low. Faced with domestic pressure, President Trump can ill afford to look weak against Russia or its ally in Syria, i.e. Assad. Same follows for the UK and France, who have been demonizing Russia for challenging the liberal order in Europe, via meddling in elections, supporting the populist anti-EU nationalist parties and causing internal security challenges as seen with the case of Sergei and Yulia Skripal poison attack in Salisbury.

In other words, if Germany escalates the offensive in Syria, or lends military support to the US operations, that could jeopardize the security at home. With growing popularity of AFD, Merkel could least afford to imagine such a scenario. Hence, diplomatic refrainment serves as a viable option.

That is not, however, the case with Germany. Public opinion and political engagement in Germany towards Russia is different than compared to the UK, US and France. The result of the poll conducted by the Center for Insights in Survey Research, August 2017, shows some interesting and positive findings towards Russia. On the question of key issues concerning Europe, the problem of terrorism, refugee policy and poverty and social inequality topped the list. On the issues of Russia’s interference in the German elections, 61% agreed that German democracy is strong and Russian interference has a little measurable effect on German or European elections.

On the issue of cooperation with Russia, 17% strongly agreed to cooperate while 59% believed that Russia could be an ally rather than a foe. Finally, on the issue of German foreign policy engagement with Russia, a strong majority of 61% agreed on engaging with Russia under the pretext of Ostpolitik-  enhancing economic cooperation with Russia in support of improving German jobs and exports. As much as the public opinion is in favour of improving relations with Russia, even the German foreign policy emphasizes on bettering ties through building a strong economic relationship.

In fact, the German Ostpolitik is often criticized by the western allies for overlooking collective western security interests for economic dividends. An example of that could be the German involvement in sanctions against Russia while at the same time ensuring that the work on Nord Stream II pipeline remains unimpeded. In short, where the West wants Germany to stand strongly against Russia, Berlin prefers the pragmatic approach of economic engagement with Moscow. In the context of Syria, the Merkel administration has made it clear, that although Russian president Vladimir Putin does pose certain challenges to western liberal democracy, they do not want to be in a situation where they are directly confronting Russia.

Trivun Sharma is a Ph.D. candidate at the Faculty of Political Science and International Studies, University of Warsaw, Poland. His working thesis is entitled, “Changing Dynamics of European Geopolitics: A Case of Russia and Germany”. His primary research interests include European geopolitics, the role of Germany in Europe and Russia’s foreign and security policy. The writer can be contacted at trivunsharma@gmail.com. The views expressed in this article are authors own and do not necessarily reflect the editorial policy of Global Village Space.

Previous articlePakistan has grown independent of U.S. for its military needs: Financial Times report
Next articleUS Interest: Kiss of Death for PTM?

23 September 2021
Previous articlePakistan has grown independent of U.S. for its military needs: Financial Times report
Next articleUS Interest: Kiss of Death for PTM?

Conciliatory gestures raise hope for a US China trade deal

America’s dominance is over. By 2030, we’ll have a handful of global powers