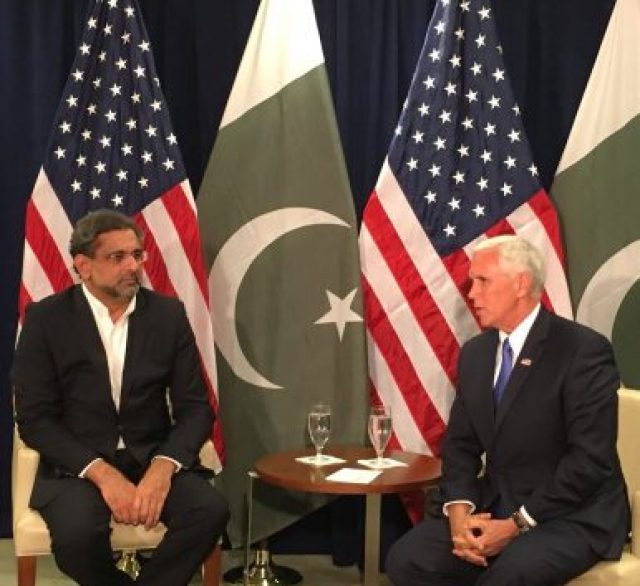 On Tuesday, Afghan President Ashraf Ghani received Federica Mogherini, the High Representative of the European Union for Foreign Affairs and Security Policy, and later, the two addressed a press conference in Kabul. President Ghani announced that Afghanistan is witnessing a “big opportunity” for peace, and such an opportunity can only be deployed by the democratically elected government of Kabul.

Tolo News reports that Afghan President Ghani stressed that peace and stability in Afghanistan will ensure stability throughout the regional and the global community, an agenda, which Ghani pointed out, is also shared by the leaders of the European Union. Ghani added that the upcoming consultative jirga will allow Afghans to decide their own future.

Afzali notes that Ghani prefers Mohib because of his eagerness to address the challenges faced by Ghani, and Mohib’s presence as national security advisor “can further deteriorate tensions between the US and Afghanistan”.

President Ashraf Ghani added that Afghanistan is a victim of violence, and this violence has contributed towards many regional and international challenges. Federica Mogherini stated that the conditions of peace have improved and the Afghans should dictate the future of the peace process. Mogherini pledged the European Union’s support to Afghan peace and added that there is a need for a “ceasefire” to effectively move forward in the peace stalks. She stressed that the Afghan women must be given an “active role” in the peace negotiations

Tolo News quotes Mogherini, “I will point on which the European Union will always be at the side of the Afghan people, never leaving any of them alone. First of all, a ceasefire agreed by the Taliban, and peace talks with the Afghan government. Second, an inclusive negotiation team to be established with representatives of all Afghan society including women.”

Read more: The Afghan Peace Puzzle: Where Do We Go from Here?

Afghan media reports that the High Peace Council has scheduled the consultative peace jirga for 29th April, and it will be attended by 2500 Afghans, of which 30% will be women. This jirga will set the “red lines and roadmap” for the future of the peace talks with Taliban, who are still adamant on ignoring the “puppet regime” of Kabul.

US Rift with Afghan NSA Continues

Media reports reveal that on Monday, some senior US officials left a meeting of NATO ambassadors, held at the Presidential Palace, upon finding the Afghan National Security Advisor (NSA) Hamdullah Mohib in the same room. Tolo News confirmed the same through certain undisclosed sources within the Kabul-led government, that a senior US diplomat warned President Ghani that US officials will not be engaging with Mohib in any manner.

The US Department of State announced that US Special Envoy Zalmay Khalilzad will be heading on yet another multi-nation trip to consolidate the Afghan peace process, including Afghanistan, Pakistan, UK, Belgium, Jordan, Qatar, and Uzbekistan.

While Mohib’s accusations against US Special Envoy Zalmay Khalilzad have angered many in Washington, in Kabul, they are shrugged off as sentimental remarks of a patriot, as Mohib regards himself. Speaking to Tolo News Mahdi Afzali, a political analyst states that Mohib’s outbursts could be a cause of further strife between Kabul and Washington. Afzali notes that Ghani prefers Mohib because of his eagerness to address the challenges faced by Ghani, and Mohib’s presence as national security advisor “can further deteriorate tensions between the US and Afghanistan”.

On Tuesday, US Ambassador to Afghanistan, John Bass, had a meeting with the Afghan Chief Executive Abdullah Abdullah, who later tweeted to stress upon the “rock-solid” relations between Kabul and Washington. Abdullah wrote, “Afghan-US relations are rock-solid, based on long-term common interests and shared values. Great to see Ambassador Bass US Ambassador to Kabul in our first meeting of the new year in Afghanistan and reaffirm strong mutual commitment to our relations in the year ahead and beyond.”

Khalilzad Begins another Journey for Peace

The US Department of State announced that US Special Envoy Zalmay Khalilzad will be heading on yet another multi-nation trip to consolidate the Afghan peace process, including Afghanistan, Pakistan, UK, Belgium, Jordan, Qatar, and Uzbekistan. His journey will begin on 25th March and end on 10th April. The purpose of this journey is to negotiate a peace process that allows all Afghan political stakeholders to come together in an “inclusive intra-Afghan” dialogue.

The statement of the US State Department notes that Khalilzad will be consulting the Kabul government on the status of the US negotiations with Taliban. The statement reads, “In Kabul, the Special Representative will consult with the Afghan government and other Afghans about the status of US talks with the Taliban, encourage efforts to form an inclusive negotiating team, and discuss next steps in intra-Afghan discussions and negotiations.”

While referring to Khalilzad’s meeting with the NATO-Allies and other nations that are supporting the Afghan peace process, the statement notes, “The Special Representative will meet with the Allies and partners regarding the status of peace talks and to coordinate sustained commitment by the international community to peace and development in Afghanistan.”

Afghan media sources are also hinting at the possibility of a meeting between Taliban representatives and Afghan politicians, around “80 delegates” to be specific, in April as a supposed follow-up of the meeting held in Moscow in February.

Referring to Khalilzad’s ongoing efforts, Ambassador Bass tweeted, “Ambassador Khalilzad is working to create the opportunity for Afghans to address those issues only Afghans can decide.

On Tuesday, US Ambassador to Kabul, John Bass tweeted to announce his meeting with the Afghan press, NGOs and other stakeholders and emphasized that the US is fully supportive of carving out a role for the Afghans in the peace process. He wrote, “Afghans deserve to make their own choices about peace, including where they are prepared to compromise, where they are not prepared to compromise, & how to mend differences.”

Ambassador Bass further added that a “durable settlement” to the conflict can only come from the “Afghans themselves” and the US negotiations with the Taliban in Doha are not a strategy for “substituting” for the Ghani-led government or the Afghan people. Referring to Khalilzad’s ongoing efforts, Ambassador Bass tweeted, “Ambassador Khalilzad is working to create the opportunity for Afghans to address those issues only Afghans can decide. We are impatient to see this dialogue begin in earnest because of the yearning of the Afghan people for peace.”

Book Review- Designed to Fail: The American Misadventure in Afghanistan

Cat is out of the bag: Modi blamed for politicization of Indian Army