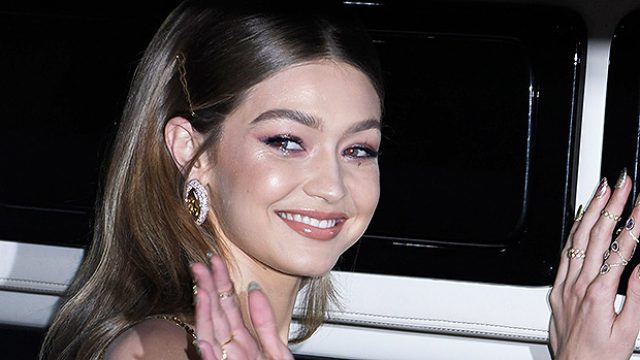 American-Palestinian model Gigi Hadid once again encountered backlash on social media when she gave her two cents on the recent Palestinian massacre. In her series of tweets, she condemned the aggression of Israeli forces on unarmed protestors and demanded the freedom for the people of Gaza.

I’ve said it before and I’ll say it again. For me, this is not about religion or one against the other – it’s about the greed. #FreePalestine #freegaza #coexist ☮️

The clashes on Monday left fifty Palestinians dead and 2400 protesters injured. The authorities have called the massacre the deadliest killings of Palestinians since the brutal bombing of Israel in 2014.

Gigi Hadid started with sharing an article on the Palestinian-Israel conflict on her Twitter account. She added, “I’ve said it before and I’ll say it again. For me, this is not about religion or one against the other – it’s about the greed.”

I didn’t call Jews greedy, but anyone who can’t look past their own ego will twist it that way.
I’m saying coexistence (Palestinians & Israelis, as they once before lived…) is to not live in greed. That’s all I’d hope for. ☮️ I don’t agree with the violence from either side. https://t.co/udxcZTz689

Her comments ensued an argument, as opponents demanded the clarification on her tweet. The argument saw detractors demonizing her for defending Palestine. She continued to confront backlash despite offering a clarification in next tweet.

So you’re saying that Jews who want to live in their homeland in peace and defend against shooting and bombing attacks are “greedy”!? Seriously? That’s the argument u wanna go with today? #Gaza

Gigi Hadid in the following tweet reiterated her desire for the co-existence of Palestine and Israel. She recounted the time when Israel and Palestine were living in peace. She ended her tweet a demand for the freedom of Palestine.

She wrote: You’ll all see whatever side you want. My intent is never to further separate groups in hatred- I live my life loving everyone regardless of religion/race. So I will say again for the last time, I’m not anti-anyone. I am only pro- coexistence. That is all. #FreePalestine.”

Gigi Hadid unable to withstand the backlashes ended the argument with her decision to stop giving opinions from now on. She expressed her dismay over the reaction and abuse she encountered on social media and said social media is certainly not a safe place for expressions of opinion.

Further & finally-
I’m just gunna start keeping my opinions to myself.
social media is one of the most frustrating & twisted things. Don’t be surprised when your faves drop off,it’s a double-edged sword. Everything’s taken & read the wrong way bc tweets can never show real depth

She wrote: “Further & finally- I’m just going to start keeping my opinions to myself. Social media is one of the most frustrating & twisted things. Don’t be surprised when your faves drop off, it’s a double-edged sword. Everything’s taken and read the wrong way because tweets can never show real depth.”

Previous articleWhy PIA and American Airlines blame Gulf based airlines?
Next articleISIS and Al-Qaeda: Muslim Jihadist or Covert Projects of Mossad and CIA?

Kashmir’s national anthem to get a new composition