Experts calculate that the coronavirus lockdowns across the world will help reduce global carbon emissions by anywhere between 4% - 7%. However, much more coordinated effort is needed among the world nations to guarantee a future free from the looming axe of climate change. 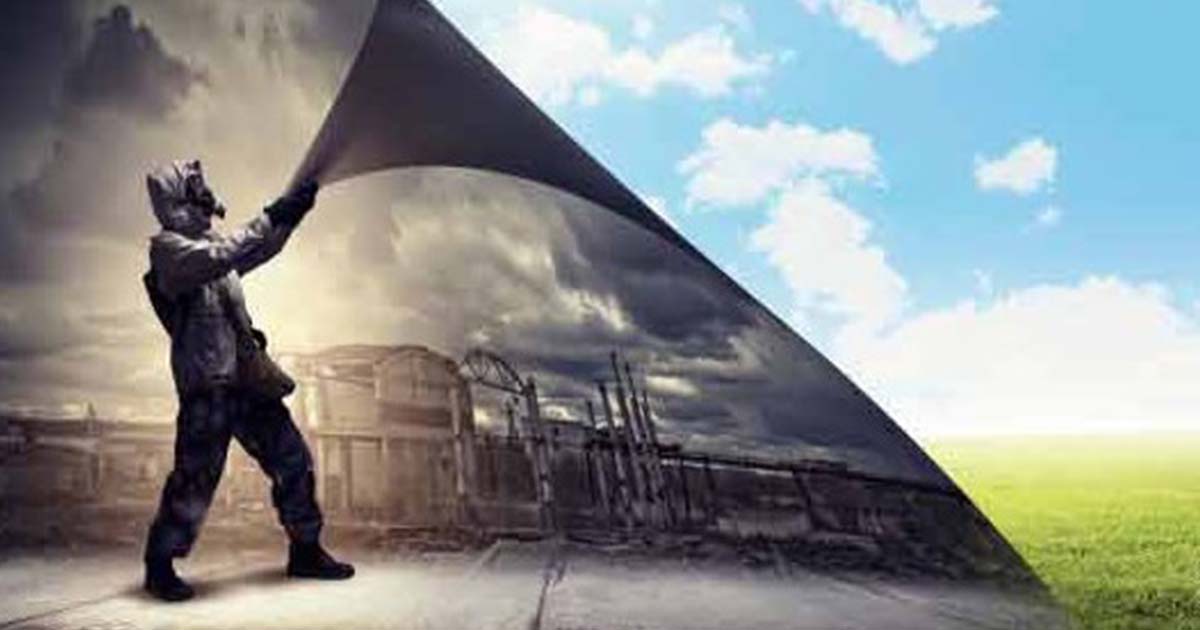 Global CO2 emissions from fossil fuels are set to drop by up to seven percent in 2020 because of the coronavirus pandemic, but even this dramatic decline — the sharpest since WWII — would barely dent long-term global warming, researchers reported Tuesday.

The silver lining among global lockdowns

In early April, coronavirus lockdowns led to a 17 percent reduction worldwide in carbon pollution compared to the same period last year, according to the first peer-reviewed assessment of the pandemic’s impact on CO2 emissions, published in Nature Climate Change.

Four countries or blocs — China, the United States, the European Union and India — accounted for two-thirds of the downturn across the first four months of 2020, equivalent to more than one billion tonnes of CO2.

Prior to the coronavirus crisis, environmentalists and scientists were decrying the state of the world environment, with many foreseeing an untimely death to the Paris Climate Change Agreement. The exit of the United States from the agreement was akin to a death knell for the accord which promised to significantly reduce carbon emissions in the future.

“Population confinement has led to drastic changes in energy use and CO2 emissions,” said lead author Corinne Le Quere, a professor at the Tyndall Centre for Climate Change Research at the University of East Anglia.

“These extreme decreases are likely to be temporary, however, as they do not reflect structural changes in the economic, transport or energy systems.”

If the global economy recovers to pre-pandemic conditions by mid-June — an unlikely scenario — CO2 emissions in 2020 are projected to drop only four percent, Le Quere and her team calculated.

But if lockdown restrictions persist throughout the year, the decline will be around seven percent.

With nearly five million confirmed infections and 320,000 deaths, the COVID-19 pandemic has deflected attention from the climate crisis that dominated global concerns in 2019. But the climate threat remains, other experts warn.

* Daily global CO2 emissions down 17% (17m tons pd) during crisis
* Fall in car use central to this
* Aviation only accounts for 10% of drop
* NO2 levels in London down 60%
There are "huge opportunities", but rebound on the roads could see a carbon surge.https://t.co/gfxS2IhKc0— Robert Macfarlane (@RobGMacfarlane) May 19, 2020

“This will make barely a dent in the ongoing build-up of carbon dioxide in the atmosphere,” said Richard Betts, head of climate impacts research at Britain’s Met Office Hadley Centre.

“We need to stop putting it there altogether, not just put it there more slowly,” he said.

“It’s like we’re filling a bath and have turned down the tap slightly — but not turned it off. The water is still rising, just not as fast.”

Under the 2015 Paris climate treaty, nearly 200 nations pledged to cap global warming at “well below” 2C.

But the UN’s Intergovernmental Panel on Climate Change (IPCC) subsequently determined that 1.5C is a far safer temperature guardrail.

The pandemic has underscored just how difficult it will be to hit that more ambitious target. Emissions must fall 7.6 percent — in line with the worst-case lockdown scenario for 2020 — every year this decade to ensure the 1.5C cap, unless other means are found to remove carbon from the atmosphere, scientists calculate.

“The pandemic has shown us that major structural changes in the transport and energy systems are required,” noted Mark Maslin, a professor of climatology at University College London.

Some experts have suggested the pandemic could speed up that transition. “Fossil fuels seem to be getting hit harder relative to renewables,” Glen Peters, research director of the Center for International Climate Research in Oslo, told AFP.

Why global warming needs to be curtailed

If temperatures are not restricted to well below 1.5C, scientists fear that the first casualty will be Earth’s polar ice caps. A melting of these will raise sea levels, which will cause low lying areas to flood, resulting in a great loss of life and property. A scenario such as this will see most of the human population displaced from their homes and forced to migrate.

“If this (continues) we may come out of COVID with emissions going down, since renewables have been able to take more relative space, pushing out some of the most polluting fossil fuels, especially coal.”

Global CO2 emissions could fall by up to 7% this year amid pandemic. In early April 2020, emissions fell to 83 million tonnes per day, a drop of 17%, and some countries’ emissions dropped by as much as 26% on average during the peak of the confinement https://t.co/ezDRVaNZFx— Valerie Volcovici (@ValerieVolco) May 19, 2020

But the multi-trillion dollar rescue packages — especially in the United States and China — hastily assembled to stave off another Great Depression send mixed signals when it comes to building a green global economy.

“There is a high risk that short-sightedness will lead governments to lose track of the bigger picture and put money into highly polluting sectors that have no place in a zero-carbon society,” said Joeri Rogelj, a researcher at Grantham Institute and Imperial College London.

Different sectors of the economy have been hit unevenly by measures taken to halt the pandemic, the study revealed.

On April 7 — the day global CO2 pollution dropped the most — emissions from land transport accounted for more than 40 percent of the decrease, while industry, electricity generation, and aviation accounted for 25, 19 and 10 percent, respectively.

Calculating global emissions of CO2 and methane — another potent greenhouse gas — usually takes months or longer, but methods used in the study could help guide decision-making, the authors said.

“If we can see the effect of a policy in the space of months as opposed to years then we can refine policies more quickly,” said Peters.

Climate Change could tear the fabric of society: UN

Will Denmark silence Muslims by banning Azaan by loudspeakers?