In just 4 months, the coronavirus has infected almost all of the inhabitants of the planet Earth. The virus first emerged in China, then surrounded Europe & after causing thousands of deaths in countries like Spain, France, and Italy; the killer virus trapped the US where the number of casualties has surpassed the Europe's worst-hit countries. How it can be contained? No one knows yet! 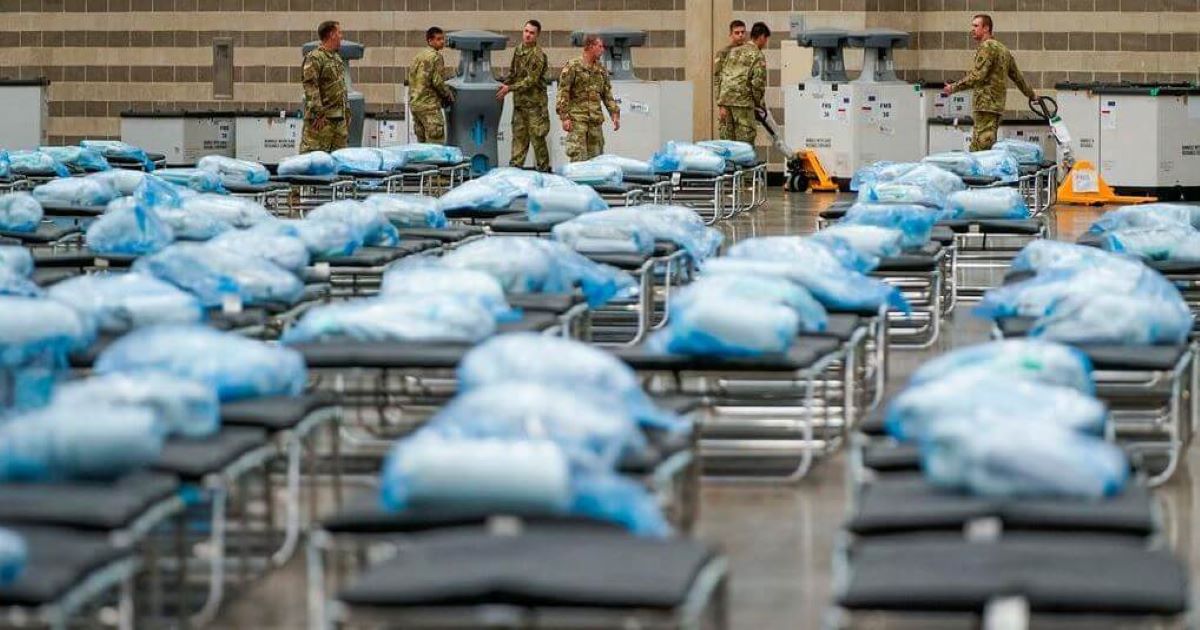 The first person to officially die from the novel coronavirus was a 61-year-old Chinese man from Wuhan on January 9. Now, three months later, by April 10, more than 100,000 people have succumbed to the disease.

First Asia, then Europe in March and now the United States have each, in turn, become the epicenter of the COVID-19 pandemic, which has forced more than half of humanity into lockdown.

Despite sometimes draconian confinement measures, the number of daily deaths has accelerated across the globe — from fewer than 500 per day in mid-March to more than 5,000 at the start of April and now nearly 7,500.

In the last eight days, more deaths were registered than in the preceding 84 days.

In all, at least 100,859 people have died from coronavirus, according to an AFP tally at 1900 GMT on Friday, using official figures. More than 1.6 million declared cases have been registered in 193 countries, of which at least 335,900 are considered recovered.

The tallies, using data collected by AFP from national authorities and information from the World Health Organization (WHO), probably reflect only a fraction of the actual number of infections.

Many countries are only testing the most serious cases. Others do not have a policy of large-scale testing when resources are severely lacking, as in Africa.

The global coronavirus death toll topped 100,000 Friday as Easter celebrations around the world kicked off in near-empty churches with billions of people stuck indoors to halt the pandemic's deadly march.https://t.co/K3vTk6eh1R

“There are problems with all the indicators, but the number of cases depends a lot on the number of tests,” said French epidemiologist Catherine Hill.

“The number of dead is a good indicator provided that you do not change the parameter along the way.”

In France, for example, deaths in nursing homes were not counted until April 2 and the daily number of deaths in these establishments prior to that date would have to be reconstructed.

Some countries, such as Spain, have also questioned whether their tolls might be higher, as people dying at home are generally not taken into account.

Plateau in some European countries

The spread has accelerated in recent weeks — in 11 days, the number of deaths has doubled. Almost everywhere in Europe, morgues are overwhelmed, with coffins lined up in churches in Bergamo, an ice rink in Madrid and a market hall in Rungis in France.

Italy and Spain are the two European countries hardest hit, with 18,849 and 15,843 deaths respectively.

But there appear to be the first glimmers of hope — after a peak of nearly a thousand deaths in 24 hours, on March 27 in Italy and on April 2 in Spain, the daily figures seem to have reached a plateau and are slowly starting to come down.

Nevertheless, the situation is continuing to get worse in others, such as Britain, with 980 deaths in the last 24 hours, or Belgium, with 496 over the same period.

The disease is now spreading fastest in the United States, and New York state in particular, where the number of registered cases has surpassed Italy’s, with more than 160,000 for the state and 93,000 for New York city alone.

More than 28 percent of the global number of cases have been registered in the US — 486,490 as of 1900 GMT on Friday. Even if the number of people who have been hospitalised has stabilised in a number of states, with 18,002 deaths, the US has the second highest death toll in the world after Italy.

A statistical model published by the Institute for Health Metrics and Evaluation (IHME), which takes into account the way the epidemic has evolved in China and Europe, has, however, revised downwards a number of times the total number of deaths expected in the US — first from 93,000 to 82,000, and then again to 60,000. This forecasting model ranges from a total of 25,000 dead (most optimistic scenario) to 155,000 (most pessimistic).

After Italy, the United States and Spain, the countries most affected in terms of the number of deaths are France with 13,197 deaths, Britain with 8,958, Iran with 4,232 and mainland China with 3,336.

The tally has been compiled using data from AFP bureaus, as well as statistics from the relevant national authorities and from the WHO.