Global trade will reduce upto a third of its value in current year: warns WTO

Bad news for the global trade came out when the World Trade Organization warned of a ferocious decline in worldwide trade. The organization predicted that at the end of 2020, global trade will decline exponentially & might face a decrease of 32% or more in its current value. However, the situation can be controlled if coordinated efforts are carried out. 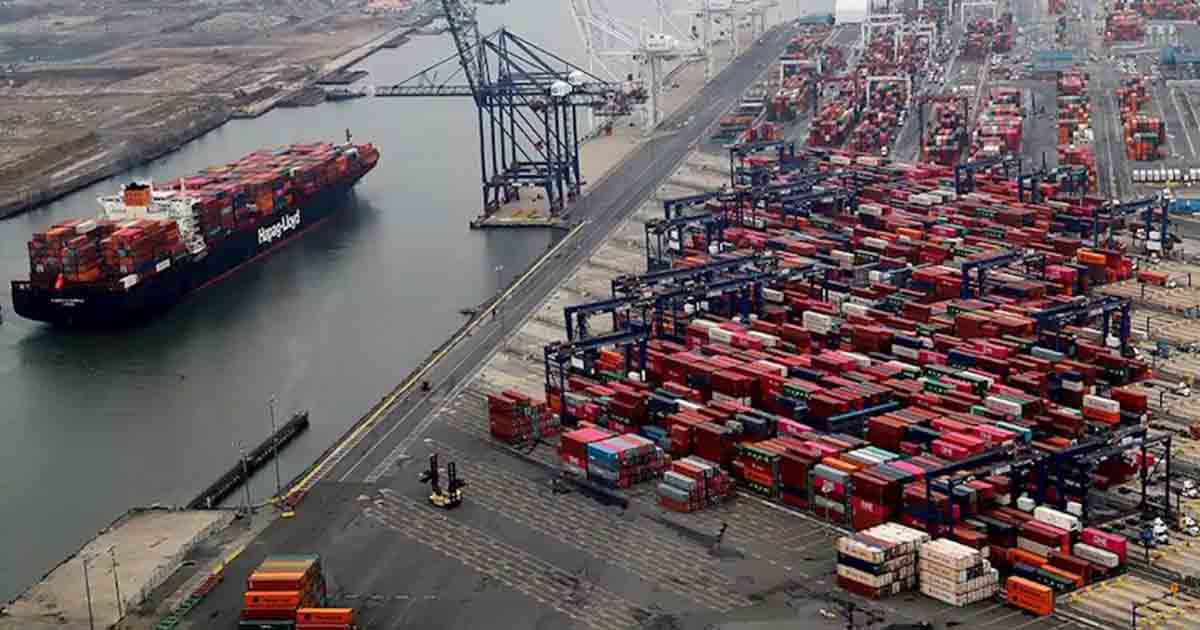 Global trade could plummet by a third this year due to the coronavirus pandemic, the World Trade Organization said Wednesday, warning the deepest recession “of our lifetimes” could be on the horizon.

“COVID-19 has completely upended the global economy and with it international trade,” WTO chief Roberto Azevedo told reporters in a virtual briefing from Geneva.

The global trade body was projecting that “trade in 2020 will fall steeply in every region of the world, and basically across all sectors of the economy,” he said.

The WTO acknowledged that there was huge uncertainty around how the economic crisis around the pandemic, which has infected more than 1.4 million people globally and killed nearly 83,000, would unfold.

The WTO today issued its trade forecast for 2020. Our economists foresee a steep decline in global trade in 2020 in all regions and sectors, as the #COVID19 pandemic upends the global economy. #WTOforecast (1/8) https://t.co/YLKutnnnKP

Stressing that the situation was first and foremost a health crisis, Azevedo warned that “the unavoidable declines in trade and output will have painful consequences for households and businesses, on top of the human suffering caused by the disease itself.”

WTO presented two scenarios that it deemed “plausible”, depending on how quickly the pandemic was conquered and the measures governments put in place to dampen the blow.

“In an optimistic scenario, our economists see the volume of global merchandise trade falling by 13 percent this year compared to 2019,” Azevedo said. That outlook points to a sharp drop in trade followed by a recovery starting in the second half of 2020.

“If the pandemic is brought under control relatively soon, and the right policies are in place, trade and output could rebound nearly to their pre-pandemic trajectory as early as 2021, regardless of how steep the initial fall is,” Azevedo said.

But he warned that “if the pandemic is not brought under control and governments fail to implement and coordinate effective policy responses, the decline could be 32 percent, or even more.”

North America and Asia would be hardest-hit and could see their exports plunge by 40 and 36 percent respectively, while Europe and South America could see declines of more than 30 percent, the WTO said.

“These numbers are ugly,” Azevedo acknowledged. “There is no way around that.”

The downturn “may well be the deepest economic recession or downturn of our lifetimes”, he said, calling on governments to “make the most of all potential drivers of sustainable growth to reverse this situation.”

In its main annual forecast, the 164-member WTO pointed out that trade had already been slowing in 2019, before the emergence of the novel coronavirus.

Trade tensions, uncertainty and slowing economic growth weighed on global merchandise trade, which registered a slight decline of 0.1 percent in 2019 after rising 2.9 percent a year earlier.

Drop in global trade to be worse than 2008 crisis, WTO says https://t.co/e7TAWbqUNp

The dollar value of world merchandise exports fell by three percent to $18.89 trillion, the WTO said.

World commercial services trade fared better last year, with exports in dollar terms rising by two percent to $6.03 trillion, but the expansion was far slower than in 2018, when services trade increased by nine percent, said the WTO.

However, the situation has taken a dramatic turn since COVID-19 first emerged in China late last year. The WTO said that while the global shock might invite comparisons to the financial crisis of 2008-2009, the situation now was worse.

Governments around the world have taken radical measures to try to halt the spread of the deadly virus, including closing schools and public spaces and asking more than half of humanity to remain at home.

“Restrictions on movement and social distancing to slow the spread of the disease mean that labour supply, transport and travel are today directly affected in ways they were not during the financial crisis,” it said.

Read more: Why world economy is at the brink of collapse? Investment Banker explains

“Whole sectors of national economies have been shut down, including hotels, restaurants, non-essential retail trade, tourism and significant shares of manufacturing.”

“A turn towards protectionism would introduce new shocks on top of those we are currently enduring,” Azevedo said.

“Keeping markets open to international trade and investment would help economies recover more quickly,” he said, insisting that “we will see a much faster recovery than if each country goes it alone.”

Turkey to pay for Russian S-400s in rubles or lira: Erdogan