The global coronavirus death toll reaches a quarter of a million as the confirmed cases surge past 3.5 million. The US has been the hardest-hit country since the inception of the novel coronavirus. It accounts for almost 85% of the total virus deaths. Besides, the virus blame game between the US & China is making things complicated & the debate whether the coronavirus originated naturally or emerged in a lab is heating up day by day. 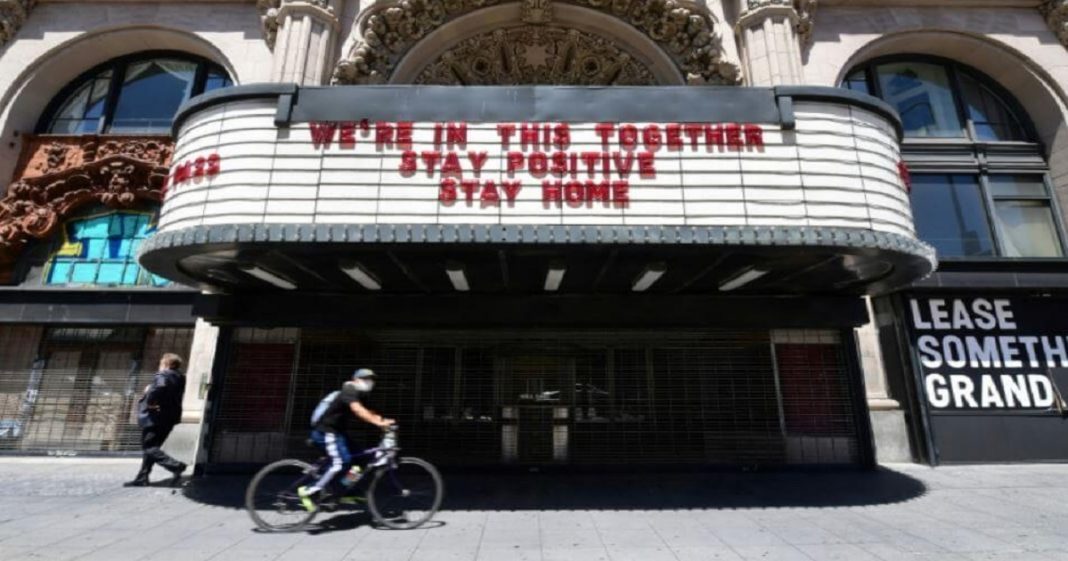 The global death toll from the coronavirus pandemic topped a quarter of a million on Tuesday, with the US government predicting a further surge in fatalities as an international vaccine drive garnered $8 billion in pledges.
The dire forecast from the United States came as much of the Western world emerged from weeks of lockdown, with hopes that the disease may have peaked in Europe, where deaths in the worst affected countries have dropped after nearly two months of confinement.

But the global progress did little to cool war of words between the US and China over responsibility for the pandemic — a feud that has been fueled by the US claims the virus originated in a Chinese laboratory — a theory the World Health Organization (WHO) labelled “speculative.”

A special telethon backed by the WHO pulled in $8.1 billion to support international efforts to develop and manufacture a vaccine to slow the spread of the coronavirus. https://t.co/5viGjoyiG1 | #VisionUpdates pic.twitter.com/yON9q9YtSI— The New Vision (@newvisionwire) May 5, 2020

An AFP tally of official figures showed Europe is the hardest-hit continent with around 145,000 fatalities. The US has recorded close to 68,700. Together they account for more than 85 percent of global deaths.

Since the disease first surfaced in China late last year the number of confirmed cases has reached almost 3.6 million.

The grim figures were compounded Monday by an internal government estimate in Washington that forecast the daily COVID-19 infection rate in the US could surge more than eight-fold to 200,000 per day by June 1, and the death toll could rise to 3,000.

Evolved in nature or emerged in a lab?

As the country struggles to contain the disease the White House has stepped up its offensive against China, with Secretary of State Mike Pompeo on Sunday said there is “enormous evidence” the virus emerged in a lab in the Chinese city of Wuhan.

That claim was rejected Monday by the WHO as well as the top US epidemiologist and government adviser Anthony Fauci.

“Everything about the stepwise evolution over time strongly indicates that (this virus) evolved in nature and then jumped species,” he said.

The Chinese government has no one to blame but itself for the debate over #coronavirus origin, writes @IgnatiusPost. "They have put the truth on lockdown." https://t.co/wZP6hVRXFm

US President Donald Trump has acknowledged that deaths will go beyond his earlier prediction of 60,000, saying: “We’re going to lose anywhere from 75, 80 to 100,000 people”.

His prediction underscored the tough, politically-tinged debate over reopening, which pits concerns about a rising death toll against the need to restore national economies shattered by prolonged shutdowns.

Read more: Trump confident about Coronavirus vaccine by the end of this year

On Monday US manufacturing giant General Electric announced it will cut an additional 10,000 jobs from its aviation sector as the coronavirus pandemic decimates the industry.

The economic fallout in America prompted the US Treasury to announce it will borrow a record $3 trillion in the April-June period largely to finance spending on virus relief programmes.

‘We are all afraid’

In Europe, citizens basked in a return to the outdoors, mixed with a dose of trepidation about life ahead and the economic damage wreaked by lockdowns.

Workers banged away at construction sites in Rome, police handed out masks in Madrid and older children returned to school in Vienna as Europeans gingerly stepped out of their homes.

“We are all afraid,” said a masked Cristina Jimenez, 31, in Madrid.

“Who hasn’t lost their job already may lose it in the next few months,” she said.

“But what is important is that we are well. With work, you can always find another.”

Spain and Portugal made face masks mandatory on public transport as they further eased their lockdowns, while Slovenia, Poland and Hungary allowed public spaces and businesses to partially reopen.

But much of the world remains cautious about lifting restrictions, with many countries still in the grip of an acceleration in infections, including Russia, which is adding more than 10,000 cases a day.

Countries from India to Nigeria are seeking to ease curbs so that businesses can remain afloat and workers earn a wage after the pandemic-induced economic crash.

A special telethon backed by the WHO but snubbed by Washington pulled in $8.1 billion to support international efforts to develop and manufacture a vaccine to slow the spread of the coronavirus.

Leaders of major European powers, Japan and Canada made the biggest pledges, along with philanthropists including Bill and Melinda Gates.

“This was a powerful and inspiring demonstration of global solidarity,” said  WHO chief Tedros Adhanom Ghebreyesus.

Seeming to defend its non-participation, the US State Department issued a statement declaring that the United States is “leading” the global response to the COVID-19 pandemic, and said it has spent more than $1 billion together with US drug companies to work on a vaccine.

Outside the political wrangling, people in Washington have been seeking ways to alleviate the stress of the pandemic, with French harmonica player Frédéric Yonnet putting on regular two-hour virtual concerts for free outside his home in the US capital.

Global warming is more alarming than you think!