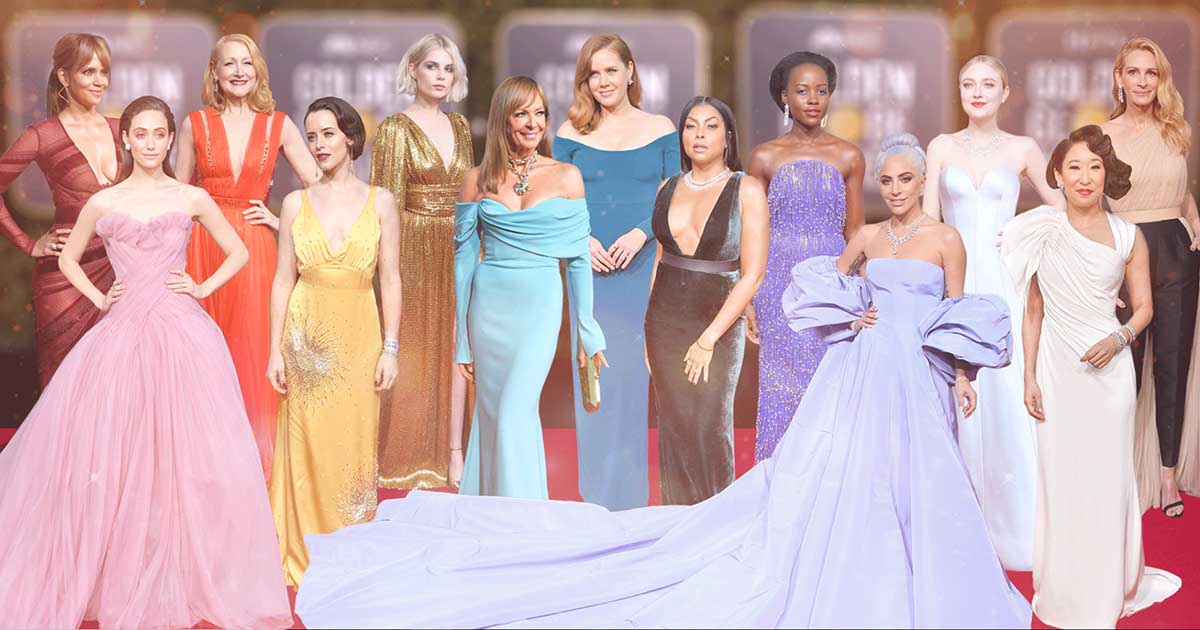 The celebrity-filled gala in Beverly Hills is billed as the most raucous event in the showbiz calendar, where success helps create buzz ahead of next month’s Oscars.

Netflix garnered an overwhelming 34 Globe nominations across film and television categories, and is the hot favorite to win several major gongs at the champagne-soaked ceremony.

HFPA president Lorenzo Soria defended the all-male list, telling Variety that members of his organization “don’t vote by gender” but “by film and accomplishment

“They are having a really good year,” Variety awards editor Tim Gray told AFP, noting Netflix has “five or six” heavyweight films this season, up from just “Roma” last time around. “I think they’ll do well.”

The firm’s Vatican drama “The Two Popes” has four nods, while Eddie Murphy is the favorite to win best comedy actor for the streaming giant’s blaxploitation biopic “Dolomite Is My Name.”

Read more: Has your favorite movie made it to ‘Golden Globe’ nomination?

Murphy, making a comeback to the awards circuit, is among a plethora of A-listers enthusiastically campaigning throughout the busy season.

The Hollywood Foreign Press Association’s 90-odd members, who vote for the Globe winners, are a priority stop for every serious contender. Last year, they correctly picked the Oscar winner in every film category except for best musical score.

Our industry leads by example. Vegetarian food is delicious and healthy and reduces green house gasses about as much as driving electric cars. The HFPA should be commended for this and all the other awards shows should follow suit. #GoldenGlobes https://t.co/qbCib49xYe

British comedian Ricky Gervais returns for a record fifth time to host the ceremony, where his provocative barbs have both riled and delighted Hollywood stars in previous years. Gervais has promised it will be “the very last time” he hosts.

While several film categories are too close to call, Quentin Tarantino’s “Once Upon a Time… in Hollywood” is tipped to take home the prize for best comedy, according to GoldDerby.

Brad Pitt is also a clear frontrunner for his supporting turn in the 1960s Hollywood pastiche, set against the backdrop of the Manson cult murders.

The celebrity-filled gala in Beverly Hills is billed as the most raucous event in the showbiz calendar, where success helps create buzz ahead of next month’s Oscars

Newcomer Apple will be hoping to make waves in the television categories, where its #MeToo drama “The Morning Show” has multiple nominations.

🏆 | Amy Poehler will present at the #GoldenGlobes this Sunday! pic.twitter.com/SGeHAtETuV

But it must fend off Netflix’s flagship “The Crown,” boasting a new cast led by Oscar winner Olivia Colman. And early signs suggest a breakthrough year for Asian filmmaking.

Asian-American actress Awkwafina is seen as a shoo-in for best actress in family tragicomedy “The Farewell,” while South Korean black comedy “Parasite” is expected to bag the award for best foreign-language film.

Bong Joon-ho, the filmmaker behind “Parasite,” goes head-to-head with Hollywood heavyweights Tarantino and Scorsese in the best director category.

Update: We're excited to confirm the stars of @OnceInHollywood, Brad Pitt and @LeoDiCaprio, as presenters for the 77th #GoldenGlobes! pic.twitter.com/2EVnfS7oHV

But the HFPA drew stinging criticism for its failure to nominate any female directors. The surprise omission of Greta Gerwig (“Little Women”) was particularly notable. “Of course, I’m disappointed. I love the film that we made,” Gerwig told AFP last month.

“There are so many beautiful films made by women this year,” she said, but added that the overall low number of female-helmed movies was “dreadful” for the industry.

HFPA president Lorenzo Soria defended the all-male list, telling Variety that members of his organization “don’t vote by gender” but “by film and accomplishment.”

Read more: Five Things to Watch for at Golden Globes

Them this Sunday. 🤗🥰 #GoldenGlobes pic.twitter.com/UFocuDt7tH

“All the directors who were nominated deserve it,” he said. “It’s not a simple case of prejudice against women directors.”

He added: “It’s just a good year — every category is overcrowded.”

No Oscar For Women! World Shocked Over Greta Gerwig Snub