Iran's satellite miraculously survived a failed attempt at launch and Iran's Minister for Communication was all too cheeky while mocking Donald Trump over his tweet about the incident. Iran and the US share a strained relation since US pulled out of JCPOA 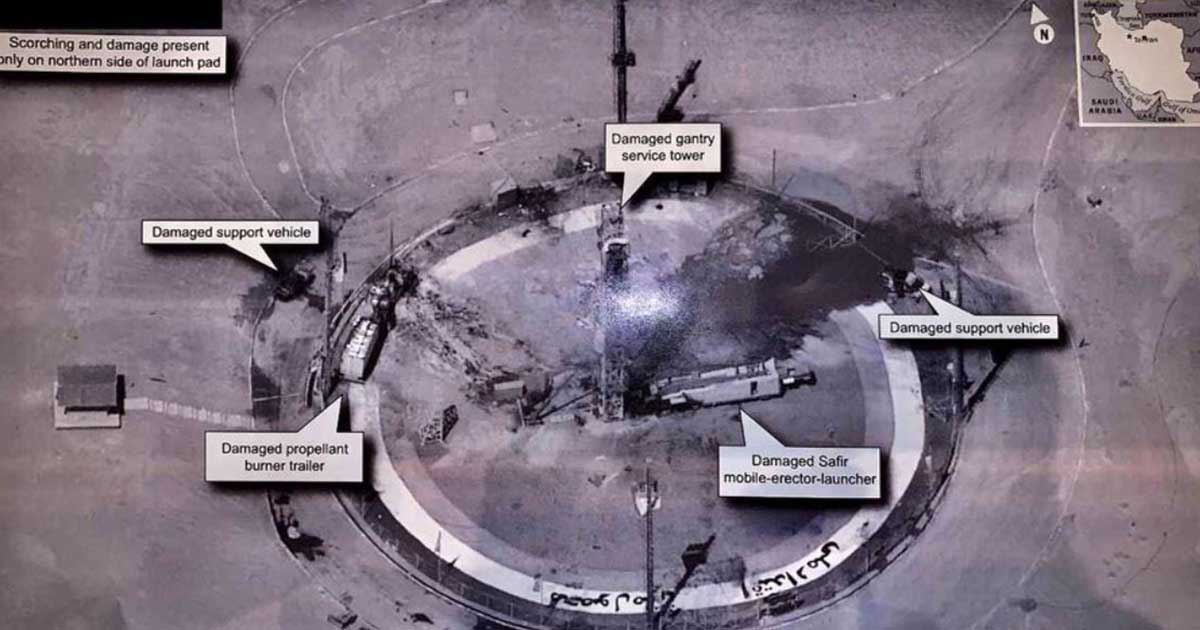 An Iranian satellite involved in this week’s failed launch miraculously survived a large on-site explosion, according to a Tehran minister who taunted the US president with the photo of the “undamaged” device.

“Me & Nahid 1 right now. Good Morning Donald Trump!” tweeted Communications Minister of Iran Mohammad Javad Azari-Jahromi, uploading a picture that purported to show him with the Nahid 1 – a solar-powered communications satellite that was set to be taken into space this Thursday.

But the mission failed before it started, as the Safir-1B rocket reportedly exploded on the launch pad. Commercial satellite imagery published by international media also indicated an explosion, showing a thick plume of black smoke rising from the launch site.

The minister’s tweet was apparently in response to a remark by US President Donald Trump, in which he ruled out any US involvement in the accident, adding that he wishes Tehran “good luck in determining what happened at Site One.”

The current US-Iran spat dates back to May 2018, when President Donald Trump unilaterally withdrew from the 2015 nuclear deal signed by Tehran and six world powers

Iran did not pin the blame on any particular state, though Trump’s Twitter intervention has only muddied the waters regarding the failure, launching speculation that it could have been an act of sabotage, rather than technical failure.

The United States of America was not involved in the catastrophic accident during final launch preparations for the Safir SLV Launch at Semnan Launch Site One in Iran. I wish Iran best wishes and good luck in determining what happened at Site One. pic.twitter.com/z0iDj2L0Y3— Donald J. Trump (@realDonaldTrump) August 30, 2019

The US has long been suspicious about Iran’s space efforts, claiming that it could boost its ballistic missile technology.

The current US-Iran spat dates back to May 2018, when President Donald Trump unilaterally withdrew from the 2015 nuclear deal signed by Tehran and six world powers. Later on, he brought back sweeping economic and financial sanctions, targeting Iran’s oil trade and key industries.

Read more: Iran will not stop making atomic advances unless US lifts all sanctions

Tehran responded by suspending some commitments set out in the deal. The crisis saw an Iranian tanker briefly seized in Gibraltar, and another captured by Iran in response.

Kim prepared to cede Nuclear Weapons if U.S. pledges not to invade