“Soviet Union could have been saved if …..”, Gorbachev makes startling claim

There's no surprise that polls show most Russians regret the disintegration of the Soviet Union and believe the 1990s were the hardest period of their lives. 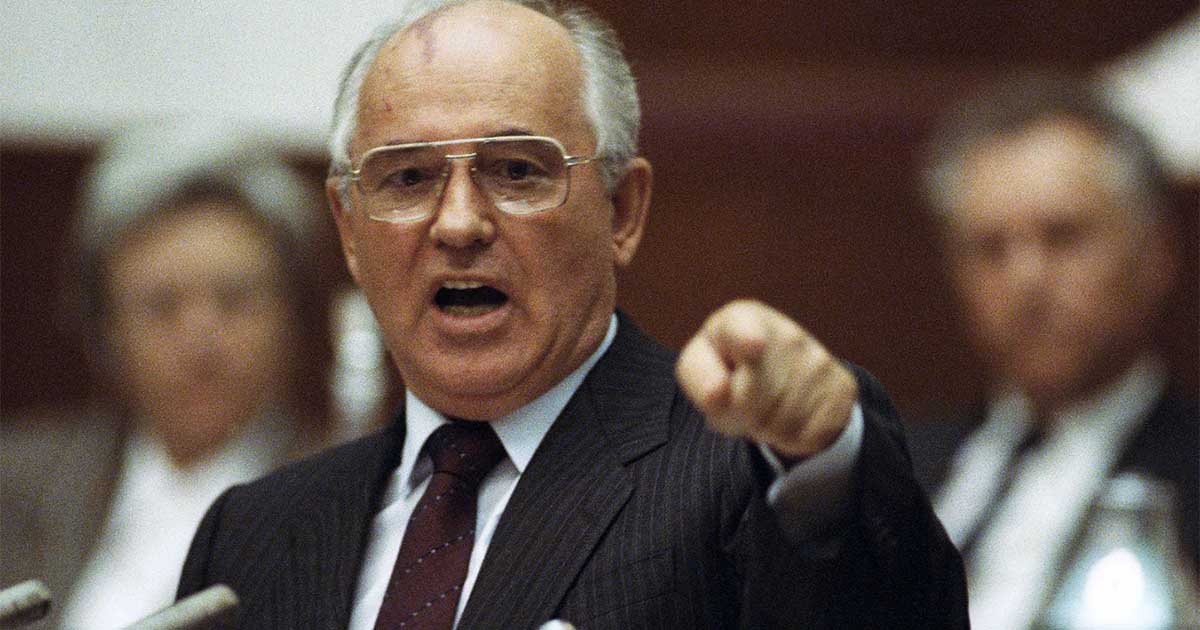 The Soviet Union’s first and only president Mikhail Gorbachev says he ‘fought to the last’ to keep the USSR from falling apart. He believes it would have survived past 1991, had his planned democratic reforms been realized.

In his upcoming book ‘What is at stake: The future of the global world,’ Gorbachev describes what could have kept the Soviet republics as one, cohesive whole.

“I never hid my opinion,” Gorbachev states. “The decision to expand NATO was the biggest strategic mistake of the West. A step which destabilised the military/political situation in Europe. And beyond.”— Bryan MacDonald (@27khv) October 28, 2019

The key, he says, would have been to restructure the union as a federation and give its members more autonomy – something he’d been trying to do before the USSR fell apart.

Soviet-era nostalgia appears to be peaking in Russia, with 66 percent of respondents in a late 2018 Levada poll saying they regret the USSR’s disintegration.

“My deep belief was that the way to the republics’ political sovereignty, to their economic self-reliance, to the preservation of their identity, to the development of their culture, lay in the renewal of the union, in turning it into a democratic, real, effective federation, to which the republics would delegate part of their authority,” Gorbachev says, in an excerpt from the book seen by Russian media.

That reform would have been finalized in 1991, with the signing of the new union treaty, but that was not to be: it was cut short by the August 1991 coup attempt, ultimately leading to Gorbachev stepping down and to the Soviet Union falling apart in December.

After that, “the leaders of the Soviet Union’s largest republic –Russia– headed by Boris Yeltsin, went down the path of disintegration. The disjunction party line prevailed,” Gorbachev writes. And the economic consequences were soon felt by millions.

There’s no surprise that polls show most Russians regret the disintegration of the Soviet Union and believe the 1990s were the hardest period of their lives.

Soviet-era nostalgia appears to be peaking in Russia, with 66 percent of respondents in a late 2018 Levada poll saying they regret the USSR’s disintegration. They are mostly 55 years-old or older, though the numbers of such responses are increasing across all age groups.