Government draft on Kashmir conflict resolution and its merits 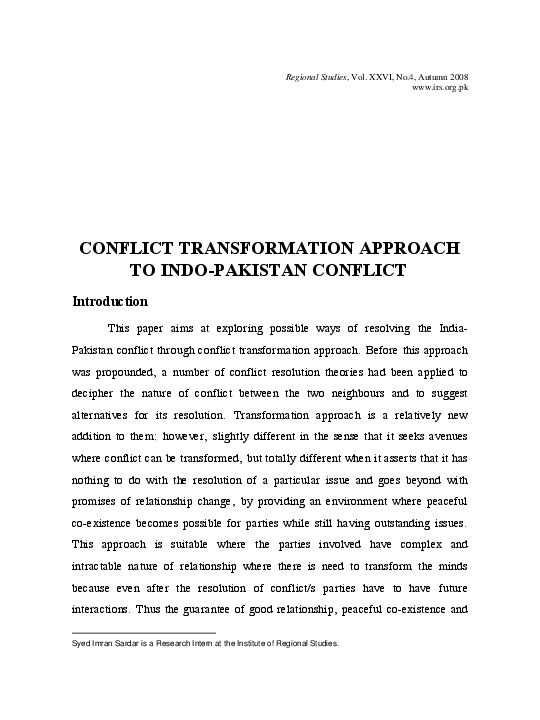 Human Rights Minister Shireen Mehrunnisa Mazari has stated that she has prepared a ‘Conflict Resolution Draft’ on Kashmir and it is ready for presentation in the Cabinet. If approved, it would be later shared with ‘stakeholders’. She has not clarified whether she meant the six interest groups as those flagged by Great Britain at the 241st meeting of UN Security Council on 5 February 1948 or that she has a different short list of stakeholders? It needs clarification.

Although any work on Kashmir is welcome and needs appreciation, yet such efforts need to be inclusive and cautious. Shireen Mehrunnisa Mazari is a wonderful person and has remained associated with Kashmir through seminars and conferences. It may be so. That does not make her an expert on Kashmir resistance (political and armed) and how the two have related themselves with UN Resolutions on Kashmir.

The world community has described Kashmir case as “the greatest and gravest issue in international affairs and that “once the Kashmir dispute has been settled, the solution of other outstanding questions between India and Pakistan will be greatly eased”.

There is a well debated and codified UN Conflict Resolution Package on Kashmir. Using the best brains of the time world has prepared through the UN SC a Conflict Resolution Package on Kashmir. There are hiccups in the process and procedure. PTI Government should work to resolve the hiccups and avoid to introduce any new package.

Our departures from UN package on Kashmir in the past have wronged our case. We should be seen acting upon what we have been saying at the United Nations. We should be examining ways and means to resolve the hiccups in the UN package on Kashmir and seeking updates and clarification if required in view of developments in international law and areas that were left unattended during the Kashmir debates at the UN.

Minister’s ‘Conflict Resolution Draft’ on Kashmir has to pass the litmus test of a reliable understanding of Kashmir case and inclusiveness. Kashmir can’t afford any casual and half-hearted conservative or liberal interjections at this point. What inputs have been secured in the preparation of this ‘conflict resolution draft’ is not clear?

Kashmir is not a land of “Lilliputians” and does not need a “Gulliver”. We have a broad spread of three administrations, many generations of Kashmiris are settled in the four provinces of Pakistan since 1716 and there is a huge Kashmiri Diaspora. The world community has described Kashmir case as “the greatest and gravest issue in international affairs and that “once the Kashmir dispute has been settled, the solution of other outstanding questions between India and Pakistan will be greatly eased”.

lf-determination is expressed through a plebiscite. I would say that all Members of the United Nations, by becoming Members, by subscribing to the Charter, would have to accept the principle of a plebiscite.

Present PTI lead Government does not have any Kashmir experts in it. There are some who have remained associated with Kashmir, through seminars, conferences, and other events. That is not enough. The government of India has encouraged five petitions through NGOs and private individuals to seek to disturb the demography of Kashmir. The 91-year-old State Subject law has been challenged in the Supreme Court of India, by using the proxy of Article 35A of the Indian constitution. It has disturbed every Kashmiri living in and outside the habitat.

Under these circumstances writing a paper to resolve Kashmir conflict does not make much sense. Its immediacy does not make any sense. The government of Pakistan needs to stand with the people of Kashmir who are resisting the RSS and BJP conspiracy to disturb the demography of Kashmir by facilitating the incursion of Indian citizens into the State. The first step in this regard should have been to demand that the Entry Permit (Visa) requirement for Indian citizens to enter into the State, unlawfully rescinded by the Prime Minister of Kashmir on 31 March 1959, should be reinstated.

We should convey to Government of India that on 15 January 1948, it has surrendered the provisional accession of 27 October 1947 at the UN Security Council for a UN-supervised vote. The government of Pakistan needs to convey to Government of India that the UN Security Council Resolutions of 30 March 1951, 5 November 1952 and 23 January 1957, fetter the Supreme Court of India, against any such exercise. Therefore, for us, the Supreme Court of India is Coram non-judice in this matter.

Members of the present or future governments of Pakistan need to have the unreserved trust of the people of Kashmir, a thorough understanding of article 257 of the Constitution of Pakistan, understanding of obligations of Pakistan as a member nation of UN and as a party to Kashmir dispute and of the constitutional relationship it has assumed under UNCIP resolutions in Azad Kashmir.

The disagreement continues on the “ways and means and procedures to establish the conditions for a fair expression of the will of the people of the State of Jammu and Kashmir who want to make their choice free from any kind of fear or intimidation.”

There is hardly anyone qualified in the present government who could either match or anyone in the future who could override the understanding of China on Kashmir shown during the debates at the UN Security Council. China has continued to support Kashmiris right to self-determination ever since it presided over the 269th Meeting of the UN Security Council on 18 March 1948 and submitted Articles of Settlement on Kashmir case.

China addressing the 765th meeting of the UN Security Council on 24 January 1957 has set out important principles on the subject. Chinese representative Mr. Tsiang said, “..I should like to say that a plebiscite was not only agreed on before the two parties came to this Council; it was the unanimous belief of the members of the Council that a plebiscite was the solution.”

He told us that the plebiscite not only must be fair and impartial in reality but it must be fair and impartial even in appearance. This fairness and impartiality could sway the passions of peoples. It could decide the question of peace or war.” Earlier at the 607th meeting of the UN Security Council on 5 December 1952 United States of America has argued that “the Security Council will, we feel, always welcome any agreement which the parties themselves can reach on any basis which will settle the dispute, provided of course that, that basis is consistent with the principles of the Charter of the United Nations.”

It is important that ‘conflict resolution papers’ like these should be used to favor the fact that there is no disagreement on the right of self-determination. The disagreement continues on the “ways and means and procedures to establish the conditions for a fair expression of the will of the people of the State of Jammu and Kashmir who want to make their choice free from any kind of fear or intimidation.”  We should not miss out on how the United Nations has defined the people of Kashmir as ‘People of Legend, with a song and a story’ and their case as one involving “rights and dignity” and “security and self-determination.”

The author is President of London based NGO JKCHR, which is in special consultative status with the United Nations. He is an advocate of the Supreme Court and specializes in Peace Keeping, Humanitarian Operations, and Election Monitoring Missions. The Views expressed in this article are author’s own and do not necessarily reflect the editorial policy of Global Village Space.

Previous articlePakistan’s US challenge – Brig. Samson Sharaf
Next articleTLP storm to hit capital with demands to sever ties with Netherlands

Greece in no mood for an arms race with Turkey

Are we being conveniently dumb or having comfortably numb conscience?

Greece in no mood for an arms race with Turkey

Are we being conveniently dumb or having comfortably numb conscience?

How will Palestinians react to Trump’s declaration of making Jerusalem the capital of Israel?