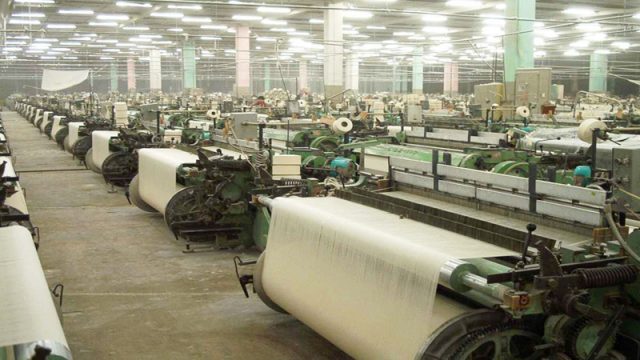 The year 2017 ended on a bittersweet note for the cotton industry. Higher cotton production by Sindh and Punjab helped the country improve its overall output by 7.16 percent year-on-year up to December 31st, according to the latest figures issued by the Pakistan Cotton Ginners Association (PCGA) on this week. Yet the production level remained lower than the official revised estimate of 12.6 million bales.

Cotton production crossed 10 million bales in the world’s fourth largest cotton producing country. All across the textile industry and farms, grievances against the government’s policies ensued despite the former Prime Minister Nawaz Sharif having announced a relief package for the cotton industry in January 2017. The former Premier had announced a Rs. 180-billion package to boost the country’s textile and apparel exports.

The package included tax-free import of cotton and man-made fibre, and duty drawback on exports of fabrics, and garments against realization of import proceeds. A revision to the package was announced in October.

The PCGA urged the government to introduce a five-year cotton policy to raise production to 22 million bales and exports to 3 million bales through crop insurance incentives and quality premium for farmers. Drawing attention to the issue of government and private enterprises failing to supply qualitative, well-germinated and heat- and virus-resistant seeds to the farmers, PCGA said the area under cotton crop should be increased to 4.2 million hectares from the current 3.2 million hectares.

Read more: Bad news for Punjab: Textile industry will not get gas from…

However, the year saw complaints from various quarters against the improper and delayed implementation of the package and several other government policies. The Pakistan Readymade Garments Manufacturers & Exporters Association (PRGMEA) in November urged Prime Minister Shahid Khaqan Abbasi to personally direct an early release of funds to implement the package as non-payment of refunds and a sharp rise in cotton yarn prices had adversely hit the value-added textile sector.

The Australian Government, Cotton Australia and the BCI together launched a partnership in January to support the training of approximately 225,000 cotton farmers in Pakistan, beginning this year.

Criticizing the finance ministry and the Federal Board of Revenue (FBR) for delaying the package and terming funds blockage as the primary reason behind the continuous drop in exports, PRGMEA urged the government to release funds to the central bank for disbursement of duty drawback of taxes to the exporters.

The PREGMEA in September demanded revision of the textile policy by formulating regulations for specific sectors therein to tackle a decline in exports. Foreign buyers are demanding new garments based on raw material, which are neither available in Pakistan nor produced by Pakistani weavers.

Expressing concern over suspension of the supply of system gas quota of two-day per week to Punjab industries from December 7th, the All Pakistan Textile Mills Association’s (APTMA) Punjab unit said the government had extended this quota last year to reduce the cost of businesses and address the inter-provincial disparity.

The spinning sector is incurring losses now by selling yarn below its cost due to poor demand from domestic consumers, APTMA feels.

While industries in Khyber Pakhtunkhwa and Sindh provinces continue to be supplied system gas for seven days a week, the same was being denied to the textile industry in Punjab, where factories are using more expensive imported regasified liquefied natural gas.

APTMA in September also urged the government to remove the gas infrastructure development and provide gas at the regionally competitive rate of PKR 400 per a million British thermal units. The spinning and weaving sectors are facing the brunt of high cost of doing business and this has made them unviable, it said.

The National Tariff Commission was criticised by the Pakistan Yarn Merchants Association (PYMA) in November for imposing anti-dumping duties between 3.25 and 11.35 percent on import of polyester filament yarn (PFY) from China and 6.35 percent on such imports from Malaysia. Three-fourths of the domestic requirement of such yarn is met through imports.

the All Pakistan Textile Mills Association’s (APTMA) Punjab unit said the government had extended this quota last year to reduce the cost of businesses and address the inter-provincial disparity.

The APTMA in October opposed the suggestion to stop the 4 percent rebate on yarn exports on the basis of drawback of duties, local taxes and levies on exports. Export of yarn needs patronage, else it may lead to closure of mills. The spinning sector is incurring losses now by selling yarn below its cost due to poor demand from domestic consumers, APTMA feels. As the domestic industry consumes around 70 percent of the total yarn production, a substantial amount is left unsold, and needs to be exported.

The Australian Government, Cotton Australia and the Better Cotton Initiative (BCI) together launched a partnership in January to support the training of approximately 225,000 cotton farmers in Pakistan, beginning this year. PGMEA also kept itself busy preparing to establish the Pakistan Readymade Technical Training Institute (PRITI) that needs an investment of Rs. 125 million. (DS)

US expects India to engage Pakistan in Kashmir talks